U.S. President Can Sustain Peace with China, Through Deterrence 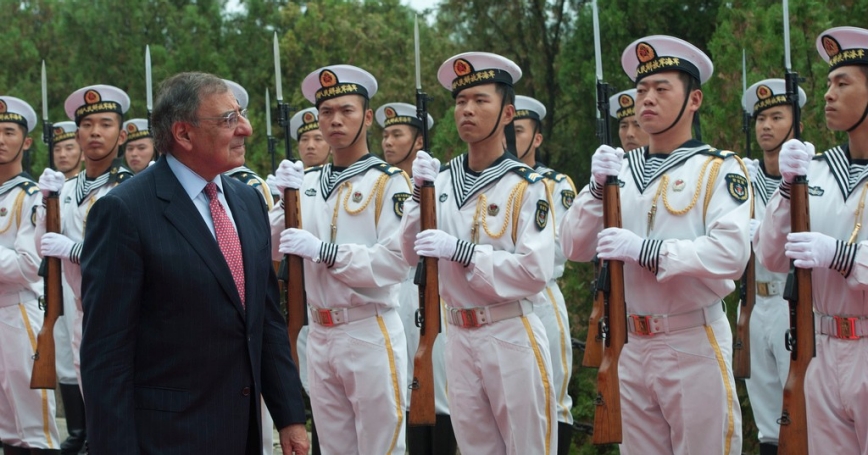 photo by Erin A. Kirk-Cuomo/DoD

by James Dobbins and Roger Cliff

At a time of heightened tensions between China and its neighbors involving uninhabited islands in the South China Sea and East China Sea, China recently put into service its first aircraft carrier, reflecting Beijing's ambitions to be able to project military power beyond China's coastal waters. The steady growth of China's military power raises important questions about the role that the next U.S. president should play in either containing China, cooperating with China, or trying to strike a balance between containment and cooperation.

RAND research on China's growing military and economic might helps explain why the United States needs to perform this kind of delicate balancing act—and how such a balance could be properly struck. The core conclusions are as follows: Any military conflict between the U.S. and China would be disastrous for both sides, but such a conflict is unlikely so long as the U.S. retains the capacity to deter behavior that could lead to a clash. China will gradually achieve local military superiority, first around Taiwan and then at greater distances. But bolstering the defenses of China's neighbors could improve U.S. prospects for defense and deterrence while reducing the need for escalation.

The People's Liberation Army has long been investing in "anti-access" capabilities designed to slow the deployment of U.S. forces into the Western Pacific or prevent them from operating from certain locations within the theater. The commissioning of China's first aircraft carrier last month marks a new phase in the country's long-term strategy, signaling a shift from a primarily anti-access posture to one that is starting to include elements of power projection. Although China is still far from being able to challenge U.S. naval supremacy on the high seas, the aircraft carrier reflects Beijing's desire to close the gap in military power and to reduce U.S. influence in the region.

At the same time, the U.S. should draw China into cooperative security endeavors, not only to avoid the appearance of an anti-China coalition but also to obtain greater contributions to international security from the world's second-strongest power. The collapse of North Korea, for example, could become an opportunity for U.S.-Chinese collaboration.

On balance, the economic interdependence between the two nations is itself a powerful source of deterrence—a form of "mutual assured economic destruction." The United States needs to maintain the strength of its economy, lest it find itself hobbled and thus even more deterred than is China by the prospect of severe economic damage arising from military conflict.

James Dobbins directs the International Security and Defense Policy Center and Roger Cliff is an adjunct senior political scientist at the nonprofit, nonpartisan RAND Corporation. This op-ed is adapted from an essay that first appeared in RAND Review.

This commentary originally appeared in The Orange County Register on November 5, 2012. Commentary gives RAND researchers a platform to convey insights based on their professional expertise and often on their peer-reviewed research and analysis.