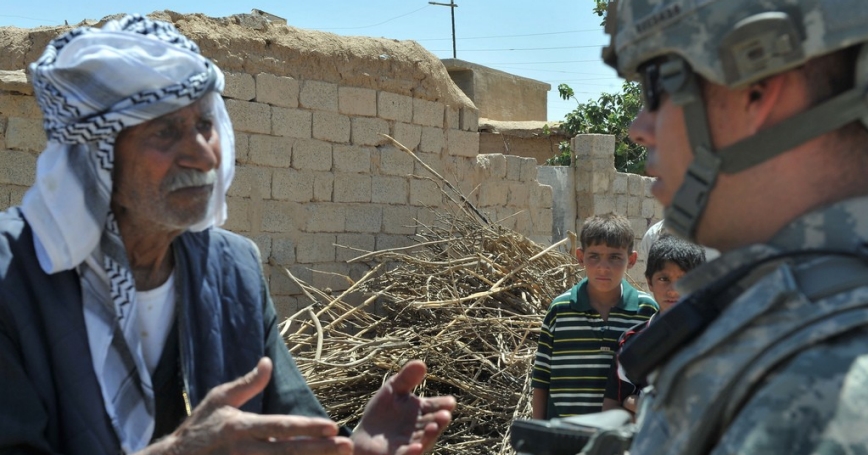 Continued violence in Iraq, which has reached its highest level (PDF) in more than two years, underscores that the country remains unstable and politically fragile. No matter which presidential candidate occupies the White House in January, he should make a concerted effort to address Iraq's most combustible hotspot: the northern Iraqi city of Kirkuk.

The uncertainty surrounding the ethnically mixed city's status—that is, whether it should be incorporated into the semi-autonomous Kurdistan Region—complicates Iraqi leaders' efforts to settle the major unresolved issues in Iraq: sectarian conflicts, territorial disputes, division of oil revenues and the power of regional governments relative to Baghdad. In a worst-case scenario, tensions among Arabs, Kurds and Turkomen in the Kurdistan Region could escalate into violence that draws Iraq back into civil war, leads the region to secede and weakens Iraq's nascent political structures.

Kirkuk is not the first ethnically heterogeneous territory to be fought over by different communities. Four earlier efforts to resolve ethno-territorial conflicts with peace agreements—in Northern Ireland and the Bosnian cities of Mostar and Brčko (which succeeded) as well as in Jerusalem (which failed)—point to steps that Iraqi leaders, along with the United States and United Nations, could take to promote a peaceful resolution of Kirkuk's status.

Those previous settlements have sorted out a host of issues. They've separated local disputes from national politics, emphasized practical governance over symbols of sovereignty, and established proportional representation in government. They've addressed the impact of future demographic change and ensured that local security forces reflected the ethnic makeup of the population. These kinds of steps can mitigate local tensions and territorial conflicts and provide "breathing space" for national officials to address the broader questions that lie at the heart of the conflict.

Third parties have been crucial with these settlements, including in Iraq. The U.S. was the lynchpin of a tripartite Combined Security Mechanism that fostered cooperation between Iraqi and Kurdish forces. Given this record, and that both Iraqi and Kurdish officials generally trust the United States, Washington would be the most effective neutral broker.

The U.S. can take three significant—but noncontroversial—steps to promote a settlement. First, the Secretary of State should designate a special envoy for Kirkuk charged with facilitating discussions between Arab and Kurdish leaders, identifying potential compromises and keeping negotiations moving. This envoy should report directly to the Secretary of State, as U.S. Embassy officials in Baghdad have too many other issues on their plates to devote sustained attention to Kirkuk sufficient to break the stalemate.

Second, U.S. officials should persuade Iraqi and Kurdish leaders to demilitarize Kirkuk and assign security responsibilities to the multi-ethnic Kirkuk municipal police force. The U.S. and other countries should then provide training to professionalize this force.

Third, the U.S. should promote the emergence of local leaders as counterweights to national politicians who see Kirkuk as an element of broader political battles. Local civic groups and political parties independent of the major national organizations might be able to reach beyond ethnic constituencies and create dialogue on issues of interest to all Kirkuk residents—such as public services, jobs and housing.

U.S. diplomacy and targeted assistance could help broker agreements between Iraqi and Kurdish leaders—and mitigate ethnic tensions in Kirkuk that could lead to violence. In this way, the U.S. president, regardless of political party, could make a meaningful contribution toward stabilizing Iraq without redeploying U.S. forces to the country.

Larry Hanauer is a senior international policy analyst at the nonprofit, nonpartisan RAND Corporation. This op-ed is adapted from an essay that first appeared in RAND Review.

This commentary originally appeared on The RAND Blog and GlobalSecurity.org on November 5, 2012. Commentary gives RAND researchers a platform to convey insights based on their professional expertise and often on their peer-reviewed research and analysis.