Big Defense Cuts Are Coming, Regardless of the Fiscal Cliff 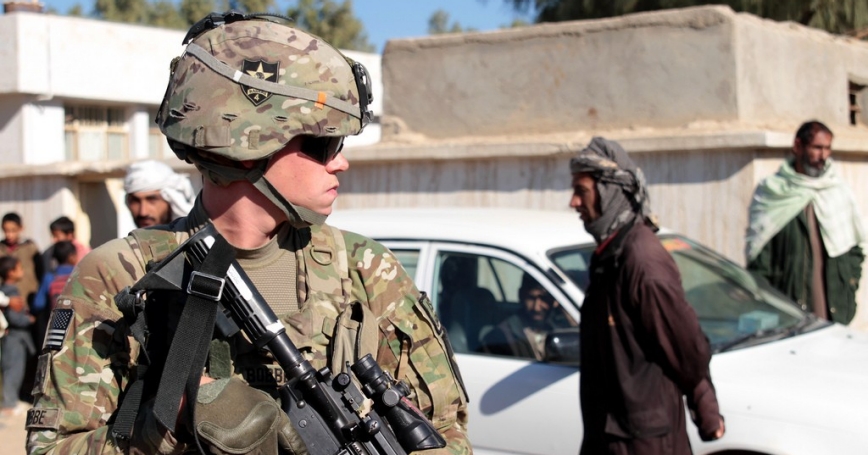 by Stuart Johnson and Irv Blickstein

Regardless of the final resolution of "fiscal cliff" negotiations between President Obama and House Speaker John Boehner, the Department of Defense is likely to end up facing major budget reductions beyond the $487 billion announced last January.

Where might the Pentagon find these savings? Its belt can be tightened by implementing operational efficiencies, overhauling acquisition practices, and rationalizing personnel compensation. But these alone may not yield the savings that the Secretary of Defense could be directed to find.

Reductions of the magnitude implied by sequestration—some $500 billion over the coming decade—cannot be accommodated without a re-examination of current defense strategy. Across-the-board cuts or the elimination of programs that yield near-term savings may be tempting options, but would yield an unbalanced force in the short term and could require greater program outlays in future years.

The prudent approach is to decide on a strategic direction that provides a framework for prioritizing which forces and equipment the United States should preserve and determining which can be trimmed or eliminated with limited risk to security.

The strategic directions select and preserve key elements of the current strategy—which covers the full set described below—but will not be affordable in the face of substantial reductions in the department's budget.

To help begin this process, a team of RAND analysts examined three alternative strategies. They are not mutually exclusive: Pieces of each approach can be implemented in concert. While other strategic directions are certainly possible, the three plans we considered seemed the most likely to address developments on the world stage.

In the first, we posit a scenario in which violent extremism and related insurgencies outlast U.S. efforts in Iraq and Afghanistan and remain a serious threat to our nation and its interests. Therefore, readiness to respond to that threat must remain the top U.S. defense priority. Accordingly, no reductions in ground forces would be implemented beyond those currently planned, and savings would be generated principally through reductions to maritime and aviation forces. The primary risk associated with this strategy is that total-force modernization and the development of technologies critical to meeting future defense challenges could receive inadequate investment.

A second alternative is to shift more responsibility for defending common interests to U.S. allies and partners, especially in Europe and Asia. European NATO allies could be ceded the lead responsibility for security on the Mediterranean littoral and for counterpiracy operations in the Gulf of Aden. These allies could also provide the bulk of ground and tactical air forces to deter Russian coercion, or even invasion, of Central European NATO members. The "pivot to Asia" outlined by the Obama administration would be limited to measures already under way, although the United States would still serve as the focal point for coordinating deterrence against Chinese assertiveness among our Asian allies. Those allies that have the capacity to confront China would be urged—and, in the best case, motivated—to do more.

At the same time, the United States would redouble efforts to build the capacity of local partner security forces in countries at risk of insurgency or aggression, reducing the need for U.S. forces to deploy in large numbers to counter an insurgency or establish stability. Under this strategy, the United States would also be prepared to provide high end enabling capabilities to allies and partners, including battlefield surveillance and long range precision strikes. The key risks associated with this strategic direction are the flip side of its benefits: Allies may fail to assume leadership in defense of common interests in their region, and U.S. efforts to build the capacity of local forces could be stymied by the inefficiency or illegitimacy of partner governments.

The third option we examined involves acknowledging that the center of gravity for security challenges has shifted to the western Pacific, and thus forces oriented to the Euro-Atlantic region and the Middle East can be further reduced. The biggest risk here is the possibility that violent extremist threats to U.S. interests in those regions again flares up, and the U.S. response would have to rely on a smaller component of ground and battlefield tactical air forces.

The second and third strategic directions share a common goal. If the United States enters a conflict, it will focus on defeating aggressors and inflicting severe damage on an adversary's military forces to neutralize their ability to repeat the aggression. Post-conflict operations would be limited to minimal stabilization efforts, not an extended, sizable presence of U.S. forces.

The current strategy incorporates the full spectrum of missions described in these three alternatives. It carries less risk than any of the alternatives. But in the face of deep reductions in the defense budget, it is not affordable.

Attaining real savings while maintaining national security requires tradeoffs that can only be optimized by strategic planning. Future decisions will not be easy and will not accommodate all defense constituencies. Any time reductions must be made, they should be made within a thoughtfully developed strategic framework and with a full understanding of the risks and benefits involved.

This commentary originally appeared on U.S. News & World Report on December 27, 2012. Commentary gives RAND researchers a platform to convey insights based on their professional expertise and often on their peer-reviewed research and analysis.