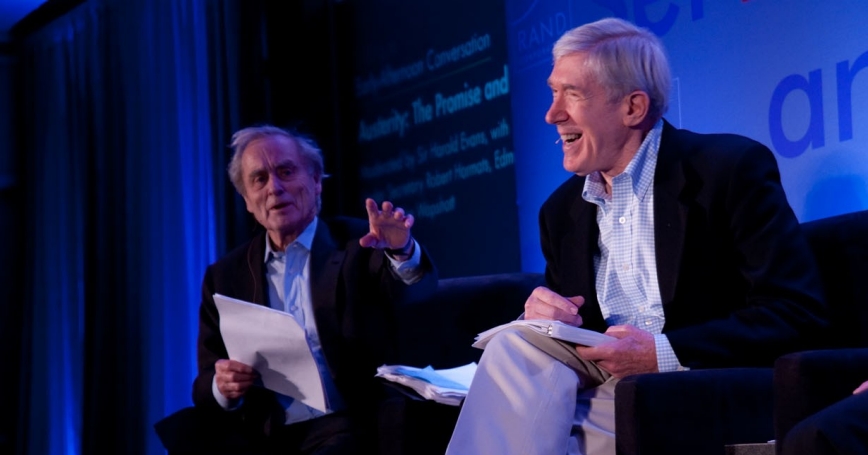 Can Austerity Fix the Economy?

Some of the smartest people in the world disagree on whether the government should slash or boost spending to try to bolster the economy. Reuters Editor-at-Large Sir Harold Evans moderates a discussion on the topic that includes Nobel laureate Edmund Phelps and Undersecretary of State Robert Hormats at RAND's Politics Aside conference in Santa Monica, Calif.