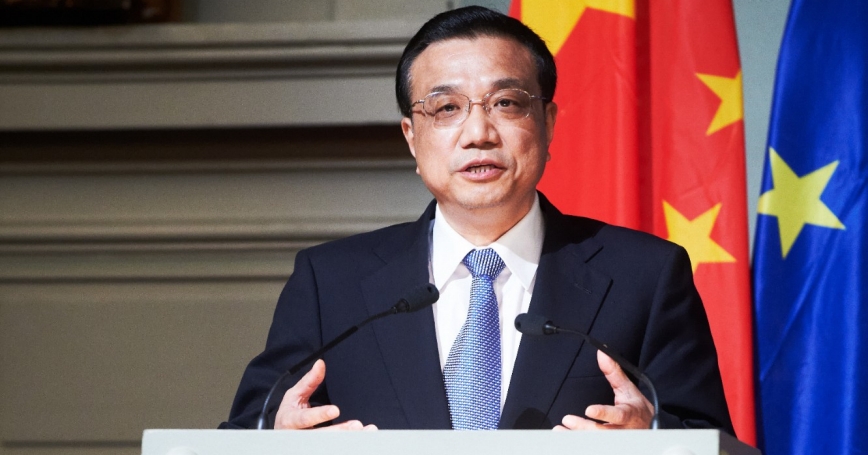 photo by Friends of Europe/Flickr.com

by Karla Simon and David Yang

While people tend to roll their eyes when they hear a new catchphrase being unveiled by the upper echelons of the Communist Party, it is worth thinking about what the "new modernisations" might mean for the growing role of civil society in China.

The slogan refers to economic reforms—the new push for industrialisation, information technology, urbanisation and agricultural modernisation—that the new leadership has indicated it will emphasise in the next 10 years. These reforms will also have far-reaching social consequences.

The government will find it difficult to address by itself all the social and economic upheaval created by these reforms. Tackling it effectively requires mobilising China's wealth of social resources.

Indeed, the current 12th five-year plan prescribes an enhanced role for civil society in China's development, and an entire chapter, and more, is devoted to ways in which non-governmental organisations should contribute to growth.

So how best can the country add a social dimension to the "new modernisations" as they are unfolding?

We assume more private industry will be encouraged. That will bring real social consequences.

Unlike many countries in the West, China does not have a history of supporting—through the tax system—private firms to set up pension funds. Thus, Chinese factory-line workers depend on the willingness of their bosses to provide for retirement.

Given the demise of the danwei cradle-to-grave welfare system and the state's failure to implement an adequate nationwide system of social security and health care coverage, factory workers risk being left to pay for the treatment of illnesses on their own in their old age.

One way to address this is to encourage all types of NGOs to register directly with the Ministry of Civil Affairs. Labour rights NGOs on the mainland are already doing effective work on collective bargaining issues, and their legality should be recognised. They should now be stimulated to foster working environments in which employers contribute to private pension plans, in part by reaching out to activists in Hong Kong, such as China Labour Bulletin.

Urbanisation raises many issues. One stems from more and more people moving from the countryside to the cities: the question of hukou, or residential registration, must be addressed. Serious education problems exist for children of parents in rural areas, and newly created independent schools in cities are sometimes shut down.

If this problem isn't tackled, undereducated children of migrants in urban areas will create a permanent underclass, with all the attendant social ills. As a nationwide problem, Beijing must develop a policy to address this soon.

In the meantime, local solutions are easier to find and can be quite creative.

More should be done to encourage and assist the many volunteers and NGOs engaged in educating migrant worker children and expanding their focus to rural women, giving them useful urban skills.

Only the government can solve the hukou problem, but communities have skills that can be harnessed to develop other approaches to helping migrant workers.

Agricultural modernisation suggests that the sector will be upgraded, with a move towards more efficient means of production.

More efficiency will inevitably result in a loss of jobs in the countryside and increased burdens on the transport infrastructure for foodstuffs. Although agricultural modernisation is a good thing if it makes China less dependent on food imports, it will also have negative environmental effects, such as increased carbon emissions and the release of more pollutants into the ground and water resources.

One approach would be to encourage job creation in the social sector to reduce the excess of recent university graduates who are underemployed.

Training workers to obtain and use new skills to address emerging problems, such as pollution and energy conservation, would help. Another approach would be to promote greater co-operation between Chinese and international NGOs and between environmental NGOs and local governments to enable more effective knowledge and skill sharing.

Finally, it is important to foster greater private-sector involvement by increasing and better administering tax incentives for charitable donations to encourage public-private partnerships.

Some ideas may work; others may not. Deng Xiaoping always made local experimentation a priority for the development of new national policies. The same should be true of the new leadership as it creates methods to address the "new modernisations."

Karla W. Simon is a professor of law at the Catholic University of America, and David D. Yang is an associate political scientist at the non-profit, non-partisan RAND Corporation.

This commentary originally appeared on South China Morning Post on December 1, 2012. Commentary gives RAND researchers a platform to convey insights based on their professional expertise and often on their peer-reviewed research and analysis.