Did Russia Just Throw Assad Under the Bus? 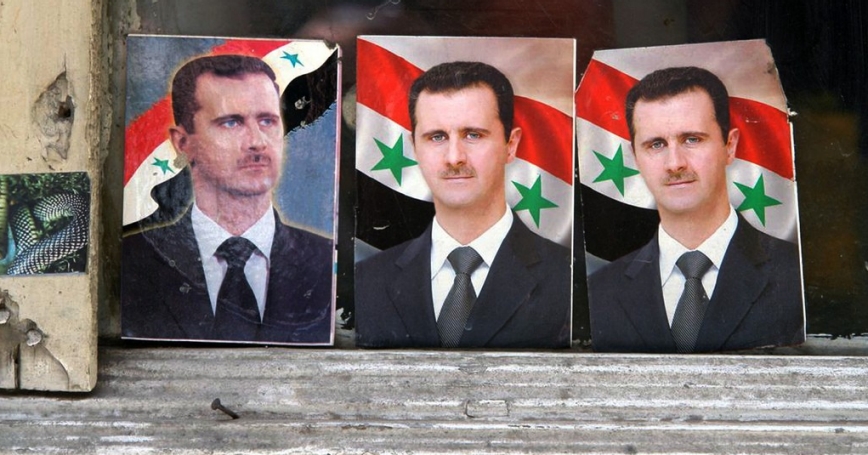 Western press accounts jumped on suggestions today that Russia may be backing away from the beleaguered regime of Bashar al-Assad. According to reported remarks of Deputy Foreign Minister Mikhail Bogdanov, Russia's point-person for Middle East diplomacy, "As far as the victory of the opposition is concerned, it cannot be ruled out, and, to our regret, one should face the facts. The tendency is right in that direction, the regime and the authorities are increasingly losing control over an increasing territory."

For the second time, remarks attributed to him are causing a big stir. Back in August, Bogdanov was quoted by Saudi newspaper al-Watan suggesting that Assad was prepared to step down. But the Russian government vehemently denied the interview had even taken place. When Saudi journalists posted an MP3 of the alleged interview on the Web, the Russians stuck to their guns and labeled it a forgery.

This time around, it actually wouldn't hurt to read the rest of what Bogdanov said. His remarks at a hearing of the Public Chamber in Moscow suggest that, while the Russians are indeed likely to drop their support for Assad when the writing is finally on the wall, we probably aren't at that point yet.

"They (the opposition) say they control 60 percent of Syrian territory, but we say: if you want to keep going, there is still 40 percent. If 60 percent [have been conquered] in two years of civil war, you will then need another year or a year and a half. If by now 40,000 people have died, the fight will get more fierce and you will lose dozens, or hundreds, or thousands of people. If you agree to that price for overthrowing a president, what can we do then? We, of course, think that this is absolutely unacceptable."

"A campaign being waged by the West with support from the Arab League to distort Russia's stance on Syria is aimed at weakening our influence in the region and at freezing Russia's future relations with the Middle East and North Africa."

So what, if anything, has actually changed? Amid a flurry of comments from the Syrian opposition and their foreign supporters that the Assad regime is finished, as yet there's been no meaningful sign that the Russians are willing to withdraw valuable political, military, and economic support for Assad. (To be sure, Iran's support for Assad is of far greater consequence for events on the ground.)

Indeed, the evidence runs in the opposite direction. Foreign Minister Sergei Lavrov on Sunday said, "We are not conducting any negotiations on the fate of Assad. ... All attempts to portray things differently are unscrupulous, even for diplomats of those countries which are known to try to distort the facts in their favor." Other official spokesmen never miss an opportunity to condemn the militarization of the conflict, foreign interference in Syria's domestic affairs, and even NATO's plan to provide Patriot missiles to Turkey to help guard its airspace against Syrian incursions. And both Time magazine and ProPublica have reported recently on Syrian skullduggery to arrange continued imports of Russian attack helicopters and Russian-printed Syrian banknotes, which are helping keep the shaky Syrian economy afloat.

The main thing the Russians have done lately is stick a toe back in the diplomatic waters. By reengaging with Secretary of State Hillary Clinton and U.N. special envoy Lakhdar Brahimi last week, Lavrov is trying to breathe new life into the June 2011 Geneva principles that spelled out a possible political resolution to the crisis. But the situation on the ground has changed a great deal since those ideas first appeared, with the momentum shifting in the rebels' favor and the United States, key Arab countries, Turkey, France, and England, among others, recognizing the opposition as the legitimate representatives of the Syrian people.

So what's holding the Russians back? Unfortunately, it's a pretty long list of concerns.

Moscow is deeply troubled by the West's increasing support for humanitarian intervention in internal conflicts such as Libya and Syria. It fears that this approach potentially sets a dangerous precedent for situations much closer to home, including on the territory of the former Soviet Union. While the Russians and Chinese were willing to give the NATO-Arab League coalition a pass on Libya (both abstained on the crucial U.N. resolution that authorized "all necessary measures" to protect civilians from Muammar al-Qaddafi's murderous regime), they are trying to hold the line in Syria. To their ears, U.S. claims about supporting the democratic aspirations of the Syrian people and other parts of the Middle East are a mere smokescreen for America's desire to promote regime change where and when it sees fit.

The Russians also worry about what might happen if events in Syria continue to spin out of control. The worsening security situation in the restive North Caucasus (which is basically part of the same neighborhood) helps focus their thinking. If Syria falls apart, the argument goes, it could easily become a hub for training and operations by Sunni extremists and even a potential source of loose WMD for like-minded jihadis in Dagestan and beyond.

For geopolitically inclined Russians, the crisis in Syria is largely about the emerging fault line in the Middle East between Sunni and Shia. If Assad is toppled, the impact on Iran's stature and interests in the region could be far-reaching. Moscow is worried about any outcome in Syria that makes military action against Iran easier to contemplate or increases the regional ambitions of Sunni powers like Saudi Arabia and Qatar.

Finally, there is the admittedly murky web of relationships between Russian and Syrian military and intelligence officials, which stretch back many decades. On the surface, the dollar value of some of these arrangements can seem fairly modest. For example, from 2007-2011, Syria was only the 7th-largest market for Russian arms, according to the Stockholm International Peace Research Institute, purchasing a mere 3 percent of the country's exports. The dilapidated, small-scale Russian naval repair facility at Tartus bears little resemblance to the strategically important Mediterranean port depicted in press accounts. But it's worth asking whether the parochial interests of the Russian security establishment are a big part of why the Kremlin is holding on to its longstanding partners in Syria so tenaciously.

Whatever the reason, we should not be surprised if Moscow's obstinance on Syria proves rather durable.

Andrew S. Weiss, director of the RAND Center for Russia and Eurasia, served on the National Security Council staff, the State Department's Policy Planning staff, and in the Office of the Secretary of Defense during the Clinton and Bush 41 administrations.

This commentary originally appeared on Foreign Policy on December 13, 2012. Commentary gives RAND researchers a platform to convey insights based on their professional expertise and often on their peer-reviewed research and analysis.