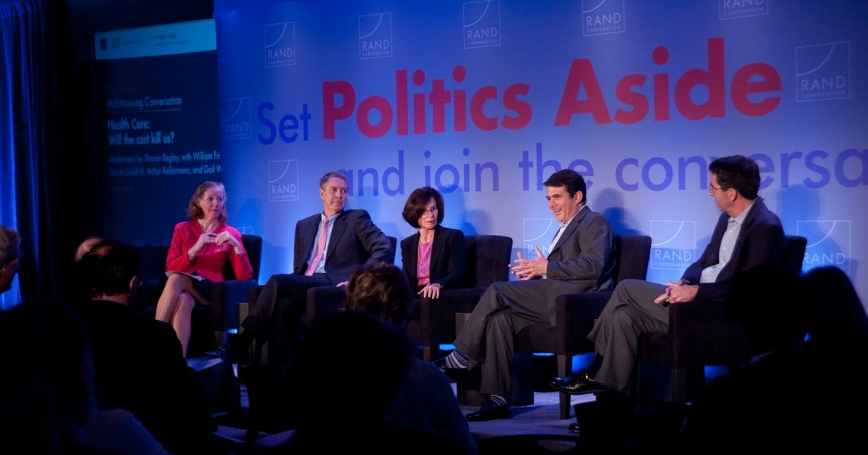 Bill Frist, a medical doctor and former Senate majority leader, says the healthcare industry faces serious obstacles but he believes it ultimately will find its way. He speaks at the RAND Corporation's Politics Aside conference in Santa Monica, Calif., on a panel moderated by Reuters' senior health and science correspondent Sharon Begley. Panelists include author David Goldhill, Arthur Kellermann of RAND, and Gail Wilensky, economist and former director of Medicare and Medicaid programs.