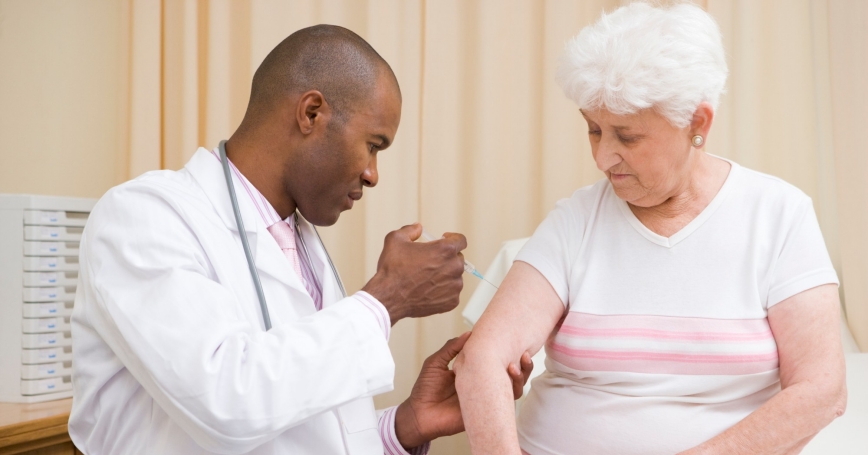 This fall, advertisements for flu shots in U.S. drug stores have been competing for attention with Halloween, Thanksgiving, and, now, Christmas displays. Unfortunately, if this season's statistics follow those of previous years, these ads will fail to rally shoppers to action more often than not. What's needed, according to RAND research, is more proactive engagement by doctors and medical staff.

First a bit of background. Despite the convenience of "retail clinics" and the flu's astounding financial costs ($87 billion, according to a 2007 Lancet study), vaccination rates for influenza among adults have remained flat over the past two years at under 40%. Even during the 2009 H1N1 pandemic, more than half of all health care workers declined vaccinations, putting both themselves and their medically vulnerable patients at risk for transmission.

These figures are especially troubling in light of the British Medical Journal's questioning of the efficacy of Tamiflu, an antiviral drug seen as an essential tool in fighting dangerous strains of the flu. Danish researchers even stated that they found no proof that Tamiflu reduced the number of complications in people with influenza.

Now more than ever, the benefits of prevention over treatment should be obvious. Yet vaccines still have a bad reputation in some circles. Perceptions that vaccines have been linked to autism spectrum disorders in children have been debunked, as has the belief that vaccines cause large numbers of people to become ill. Ironically, while some cite safety as their reason to forego vaccination, a population with low vaccination rates is much more susceptible to fast-moving diseases than a largely immunized one.

RAND's research offers some insight into why people don't get vaccinated—and points to how targeted action can improve the situation.

Although the U.S. Centers for Disease Control and Prevention (CDC) began recommending annual influenza vaccinations for all people age six months and older beginning with the 2010-11 flu season, a RAND study from earlier this year found that a majority of adults are unaware of this suggestion. Healthy young adults were especially unaware, highlighting the obstacles to changing vaccination practices among the general public. While making a universal recommendation simplifies public health outreach in theory, in practice most Americans simply don't know what the CDC advises.

The key to filling this information gap and improving vaccination rates, it turns out, may lie with doctors and medical staff more so than patients.

In March 2009, almost half of adults the CDC recommended for vaccination who did not intend to get a flu shot indicated that they would do so if given a strong recommendation from a health care provider, according to another RAND study. Unfortunately, the study found that office-based health care providers are not doing enough to promote and administer adult vaccination—from initiating conversations with patients to stocking adult vaccines.

One reason for this inactivity is the business model of medicine in the U.S., which creates barriers for many would-be vaccine providers. To offer vaccinations, each flu season providers must make a large up-front investment in an inventory of the vaccine. If there isn't enough patient demand for the supply that has been purchased, doctors stand to lose money on the unused inventory. This can especially be true for doctors with patient bases that may be hesitant to be vaccinated in the first place. The situation pushes providers and patients into a chicken-and-egg situation, where both supply and demand remain frustratingly low, with no simple way to build momentum for change.

For vaccination to become a public health priority in the U.S., stakeholders must strengthen guidance for providers, which would make it easier for physicians to both assess vaccination needs and aid communication with patients about the efficacy and safety of vaccines.

At the same time, providers should be incentivized to promote vaccination, directly or through other resources. Pay-for-vaccination programs should include mechanisms to credit office-based providers who refer patients for vaccination in other settings, for example, and patient referrals to community vaccinators should be simpler than they typically are.

Otherwise, the promise and potential of vaccination as a tool against the spread of disease and avoidable suffering will always be limited by the public's awareness of vaccines—and its willingness to use them.