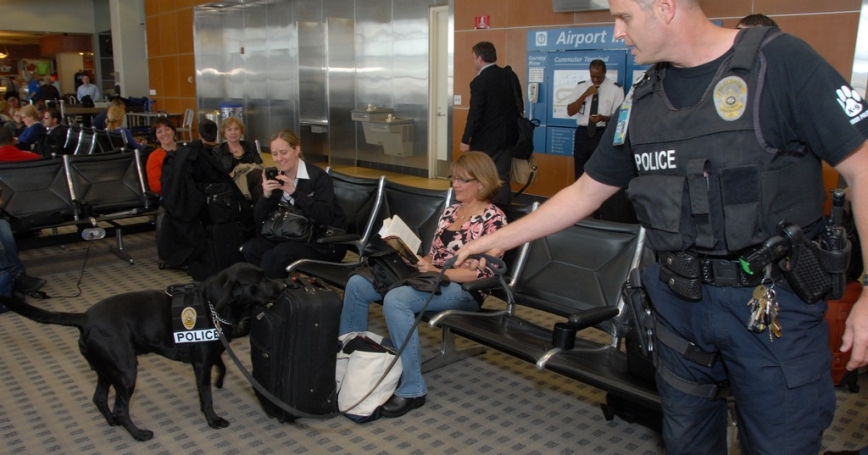 photo by Port of San Diego/Flickr.com

This holiday season, millions of Americans will embark on flights to visit far-away relatives or seek a respite from cold weather. Regardless of their destination, each and every traveler will pass through security at airports and trust that this security is keeping them safe.

As a New York Times editorial noted last week, the costs and benefits of Department of Homeland Security efforts to improve security warrant a closer look. Much attention has understandably focused on preventing terrorist attacks. Far less has been paid to the extent Americans have been asked to cede privacy and freedom across a variety of mundane activities—everything from mobile phone activity to travel habits.

Events earlier this year in Boston—where passenger screening by Transportation Security Agency officers raised questions about whether their own Behavioral Detection Officer program is improving security or subjecting innocent passengers to racial profiling—highlight the need for serious policy debate.

Efforts such as these presumably helped ensure that terrorists failed in attempts to repeat the horrific events of 9/11. But to exactly what extent? Is success the result of security initiatives or, perhaps, adversaries being either less motivated or capable of repeating those attacks in the first place?

Certainly, people don't believe the terrorism threat has vanished. In polls of concerns about global risks, terrorism remains among the highest ranked.

It is thus not surprising that people report a willingness to trade convenience, money, and liberty for security. Legal precedent reinforces that decreased civil liberties may be accepted when confronting existential threats with demonstrably effective security—to a point. The question remains: "How much will people trade liberty for security?"

More than a decade after 9/11, the reality is that we do not have an answer because the government has not documented how security has improved. Numerous reports by the GAO, National Academies of Science, and independent policy think tanks (including RAND) have noted the thin or absent documentation of security benefits of DHS policies, regulations, and acquisition programs.

The analysis in these cases has promoted transparency, public discourse, and decisionmaking—just the sort of goals for federal regulation that Cass Sunstein, former Director of the Office of Information and Regulatory Affairs in the Office of Management and Budget, has asked of federal agencies.

U.S. terrorism security policy would be well served by an open debate, informed by objective analysis, about what security is possible and what it will cost. Perhaps it is something we could resolve to undertake in the New Year.

Henry Willis is director of the RAND Homeland Security and Defense Center at the nonprofit, nonpartisan RAND Corporation.