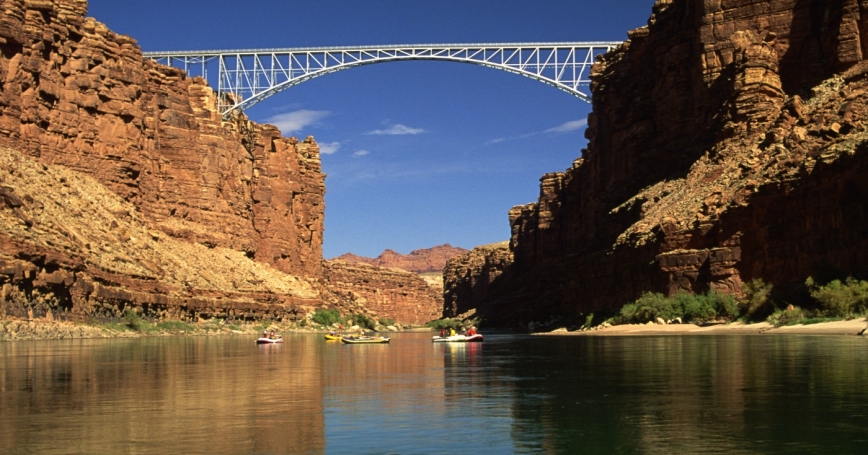 A new study about the Colorado River Basin—nearly three years in the making—provides the most comprehensive look to date at how growing water needs combined with uncertain but possibly deteriorating future hydrologic conditions could stress the system in the coming 50 years.

The U.S. Bureau of Reclamation released the study last week. It was funded and managed through a partnership between the seven Western States that use the Colorado River water and the bureau. RAND researchers joined the study team, composed of bureau staff and consultants from CH2M Hill and Black & Veatch, to help develop and implement a framework for analyzing the potential supply and demand gap in the basin and evaluate options for alleviating it.

Using innovative new approaches to decision analysis, RAND helped the study team identify and describe key vulnerabilities to the Colorado River system. The study found that under many plausible future scenarios, shortages across the basin and other undesirable outcomes would occur.

RAND then helped structure an evaluation of strategies to alleviate basin vulnerabilities through investment in demand reduction and supply augmentation. The study team found a number of options that consistently were shown to be effective in improving the system, including urban conservation, agricultural conservation, and groundwater desalination.

The study concluded by showing some of the tradeoffs in terms of costs and characteristics of other options such as ocean desalination, watershed management, and groundwater banking, that could play a role in addressing future scenarios in which more investment is needed.

The study provides a strong technical foundation for future discussions over how to successfully implement a robust, adaptive strategy for the Colorado River Basin. Much of RAND's technical analysis, highlighted in the main Study Report, is documented in detail in Technical Reports F and G.