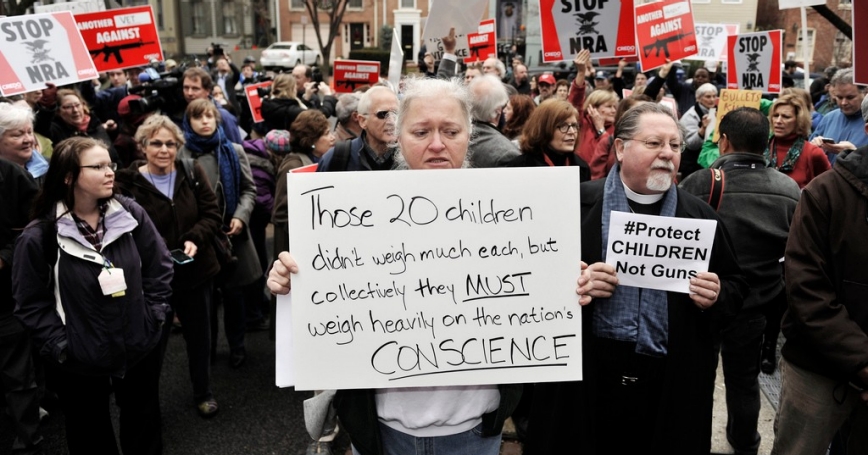 The horrific massacre of 27 children and adults in Newtown, Connecticut ranks second only to Virginia Tech among U.S. mass shootings. These tragedies are part of a lengthening list of mass killings in such varied places as a shopping mall, a movie theater, a Sikh Temple, a high school, a congressional constituent meeting, and a military base. But this one was different. Not only were the death toll particularly high and the killings particularly savage; the killer's victims were first-grade students, teachers and school staff.

Millions are deeply touched by this tragedy, but few of us can fathom the shock and grief felt by the survivors, parents, family members and friends of those who died. Our first concern must be to comfort them and support what will likely be a long and difficult recovery. But few people are prepared to stop with that. This event, unlike its predecessors, has sparked a movement to challenge the inevitability of mass shootings, not to mention the thousands of individual gun homicides that occur each year in the United States.

In response, President Obama has signaled his intention to submit legislation to the Congress by end of January. To prepare for this action, he is convening an Administrative task force, led by Vice President Biden, to craft a package of proposals. What this panel recommends, and how the public reacts over the next few weeks, could be decisive in determining what will come from this terrible tragedy.

The investigation of the incident is still in its early stages. We already know that many of the early reports from the scene were wrong. As witnesses are interviewed and evidence is meticulously reviewed, elements of the story may evolve. We should not be surprised if the final picture looks different from the one we have today.

Nevertheless, enough is known from broad outlines of the attack and past research on gun violence to offer some preliminary thoughts to the Administration's task force and the public: