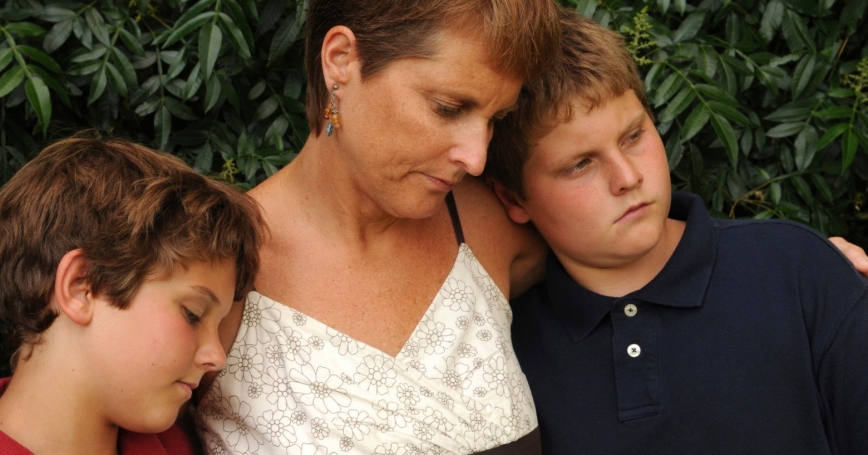 In the coming weeks and months, we will hear numerous calls for better mental health programs and policies as a way to prevent tragedies such as the Newtown, Conn., shooting. As news and details trickle out, we may or may not emerge with a complete picture of what led Adam Lanza to take his anger out on his mother and 26 innocent lives.

The latest reports paint a picture of a mother struggling to care for her troubled adult son. And as many families can attest, the challenges of caring for a young or adult child with severe mental illness or emotional or behavioral disturbance are profound and heartbreaking. In our national conversation on mental health, we should remember the role of families when thinking about mental health treatment and ensure that our policies open up opportunities to support parents, siblings and relatives, and enhance their capacity for care.

On the surface, Connecticut appears to be strong in terms of its mental health care system. In its 2009 report on America's mental health systems, the National Alliance on Mental Illness gave Connecticut a B while the nation as a whole rated a D (no state received an A grade). For all its (relative) strengths though, Connecticut's struggles to deliver care to its constituents illustrates the problems plaguing mental health systems across the country. Mental health care in the United States has undergone systemic changes since the 1960s, moving away from institutionalization of patients and toward community-based programs and services. Connecticut was no exception. In the mid-1990s, the state Legislature ordered the closure of two state-run psychiatric hospitals—one in Newtown (Fairfield Hills) and one in Norwich (Norwich State Hospital). The two hospitals' patients and services were consolidated into Connecticut Valley Hospital in Middletown.

This shift in thinking about how and where mental illness should be treated was an important development. The negative perceptions of state-run asylums did little to reduce the stigma of mental illness in the larger community. Moving treatment into the community, it was hoped, would ensure an individual was integrated rather than separated from others, thus improving the chances of recovery and rehabilitation. In terms of treatment for the patient, the psychiatric hospital was an anachronism and community-based mental health care was the future.

While the intent may have been sound, the execution has not lived up to its promise. By shifting to community-based services, we have also shifted the burden of caregiving from the state onto families. However, corresponding shifts in resources toward communities and families to help with care have not been realized. Across the nation, states have slashed mental health budgets and in the absence of a community-based safety net, jails and homeless shelters have replaced the psychiatric hospital as facilities housing the sickest patients.

In Connecticut, the mental health "crisis" was documented by the 2000 Governor's Blue Ribbon Commission on Mental Health as well as the 2004 Lieutenant Governor's Mental Health Cabinet. Both reports described a struggling community mental health system that was stretched beyond its capacity and unable to absorb the influx of patients who had been formerly treated at the closed psychiatric hospitals. In addition, savings realized from the hospital closures had not been reinvested back into community-based mental health services. Funding for community organizations in Connecticut continues to be an issue to this day. The harsh economic climate of the past five years has translated into spending freezes for community-based providers at the state level that have led to cuts to services and to overwhelmed staff.

At the end of the day, the "providers" who are the hardest hit of all are the families and caregivers who must find a way to navigate through an underfunded and overburdened patchwork system of mental health care. In a community-based model, families and caregivers are oftentimes the first and last lines of support; yet if too many barriers to care exist, many will just give up. For all its problems, compared to other states, Connecticut's mental health system is actually strong, and yet it is still not meeting the needs of its patients and families. So where does that leave the rest of the nation?

In his remarks on the Sandy Hook shootings, President Obama mourned, "these children are our children." And in terms of mental health, the Connecticut story is our national story and its failures will resonate with families in every state across the nation. So once again, in the aftermath of a mass shooting we find ourselves revisiting the circumstances that may have led to the crime and assessing the multiple points of intervention that might have been possible—counselors, therapists, psychologists, psychiatrists, friends, neighbors, relatives, siblings, and parents. While the opportunity to intervene may have been available to many, the perception of responsibility fell onto very few. If we are serious about improving mental health in our country, we must deliver resources to families to ensure they can properly care for both themselves and their loved ones, and to communities so that support services and treatments are readily available and accessible.

Let us learn our lessons from Newtown. The burden and the challenges associated with providing care for mentally ill members of society should not rest on so few shoulders, especially when the consequences of failure may come to rest on the littlest shoulders of all.

Ramya Chari is an associate policy researcher at the nonprofit, nonpartisan RAND Corporation.