Syria and Chemical Weapons: What Can the U.S. Do Now? 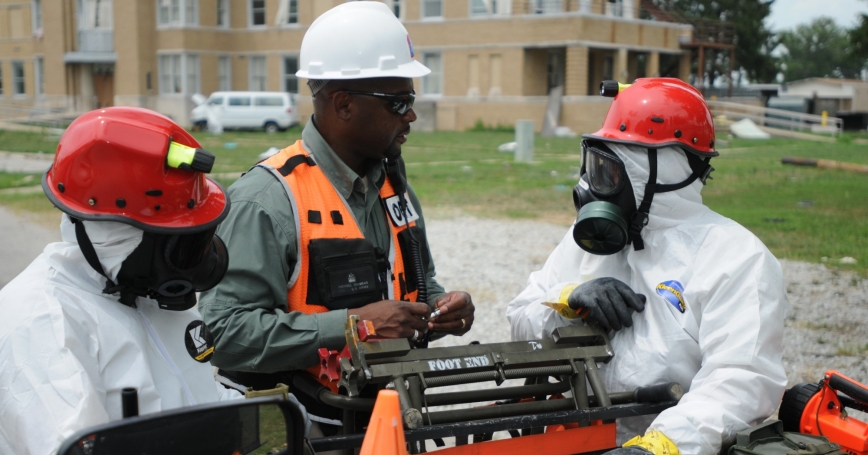 This op-ed is part of a debate on the Washington Post Blog, Think Tanked.

Indiscriminate shelling, a refugee crisis, al-Qaeda-linked fighters—all these factors are driving the international community to consider intervention in Syria. But nothing is concentrating minds more than the specter of Syria breaking out its chemical weapons.

Indeed, the chemical weapons threat has raised the stakes, and negotiators need to do everything to dissuade Assad from using them. But if the weapons are used, policymakers need to prepare not only to quickly end their use, but to think past the immediate crisis and plan for the weapons' ultimate disposal. That could entail several concrete steps.

First, control the skies. The 1988 Iraqi chemical attack that killed thousands in the Kurdish town of Halabja used the full range of chemical weapons, from mustard gas to nerve agents tabun and sarin, delivered in aerial bombs by multiple aircraft. Stopping the aircraft is an important step in removing the largest threats.

Second, resist the urge to bomb. Decision-makers need to think toward the ultimate disposal of Syria's chemical weapon stocks, their chemical precursors, and supporting infrastructure. American bombing in the first Iraq War destroyed some chemical weapons stocks and damaged others. The Iraqis themselves later disposed of the great bulk of stocks under UNSCOM supervision. But the American bombing made that disposal more difficult and rendered some weapons so unsafe they were simply entombed in bunkers rather than destroyed.

Third, coordinate the clean-up. NATO chemical weapons specialists from the Czech Republic are already on the ground in Jordan. That may help. But unlike the aftermath of the first Iraq War, the current crisis may leave no Syrian regime competent to dispose of chemical weapons. Intervening powers may have to clean up any mess produced by their actions, as well as dispose of the existing weapons stock.

Recognizing these realities now—both their constraints on current actions and effects on future requirements—will be imperative for a successful outcome in Syria.

This commentary originally appeared on The Washington Post on December 12, 2012. Commentary gives RAND researchers a platform to convey insights based on their professional expertise and often on their peer-reviewed research and analysis.