Syria, the Case for Intervention 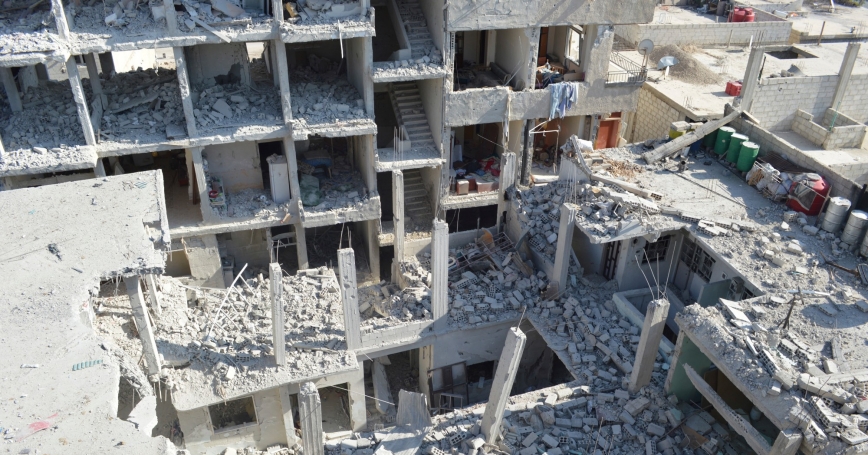 The Syrian pot continues to boil, with fighting in Damascus, the aerial bombing of towns around the country, and reports that Washington is beginning to consider helping arm the rebels. President Bashar al-Assad's fall may now be inevitable, but it could yet be drawn out. And none of these developments alone contains the prospect of ending violence in the country any time soon.

The longer the Syrian civil war drags on, the more likely it becomes that Mr Assad's departure will only open a wider, more sectarian, civil conflict with unsettling ramifications for several neighbouring states.

In Bosnia, in Kosovo and in Libya the US and its allies have in the past employed air power to expedite a satisfactory end to civil wars. It is time to consider doing the same in Syria.

A decision by western governments to launch such an action will, however, need to pass three tests. First, is such an intervention morally and legally justified? Second, is it militarily and politically feasible? Third, would it significantly advance an acceptable resolution to the conflict?

As a practical matter, policy makers will have to be convinced on all three counts before committing forces to such an action.

The moral case is perhaps the most straightforward. In Syria, as in Tunisia, Egypt and Libya before, a national uprising is seeking to overthrow a long-running dictatorship. In response, the regime is using extreme violence to hang on to power. And from outside, Iran and Russia are supplying arms and advice, and blocking an otherwise almost universally supported international effort to hasten the departure of Mr Assad, end the fighting and promote the formation of a new government.

There are several possible legal bases for a military intervention. The most clear cut, if least likely at the moment given Russia's position, would be a UN Security Council resolution. Western powers may alternatively recognise an insurgent authority as the legitimate government of Syria, and then respond positively to a request for assistance from it. This would be based on the right to self-defence recognised in the UN Charter. Finally, and more controversially, western powers could cite the precedent of Kosovo and assert what is now an internationally recognised responsibility to protect a population from abuse by its own government.

The most feasible and efficacious external intervention would be one designed to prevent Mr Assad from bombing his own cities. Rebels are successfully challenging his military machine everywhere but in the air. Portable anti-aircraft missiles are helping turn back attacks by Syrian helicopters, but are less effective against high-flying jet aircraft. Most of those aircraft could, however, be quickly destroyed on the ground by a combination of drone, cruise missile and stealth aircraft, without a long campaign or the need to institute a no-fly zone. Depriving the regime of its air force would significantly alter the military balance on the ground and expedite a rebel victory—one which is likely to emerge eventually, but may otherwise be a long time coming.

The political prerequisites for such an attack are, first, a clear request for such by the Syrian rebel authorities; second, an endorsement by most if not all of the Arab League; third, leadership by regional states, including Turkey and Saudi Arabia, in drumming up wider international support; and finally, the participation in the operation by Nato allies, even if the bulk of the assets are to be supplied by the US.

Expediting the fall of the Assad regime is not a sufficient condition for bringing an end to Syria's civil war, but it is a necessary one. The longer this war drags on, the more radicalised become the insurgents, the more brutalised the population, the more inflamed the sectarian passions, and the more destabilised neighbouring societies. The post-Assad situation will be truly messy, but the longer his fall is delayed the more unmanageable its aftermath will become.

It is not impossible that the simple threat to take out Mr Assad's air force, backed by the necessary military and political preparations, would lead the regime to keep its aircraft on the ground. It is also not impossible that, faced with such a development, Russia might drop its support for the regime and join political and economic pressure for Mr Assad's departure. So putting in place the necessary prerequisites for a western military intervention might actually render that step unnecessary, if the threat were sufficiently credible.

Some may fear that a western air campaign would lead eventually to the involvement of western ground forces, but it is most unlikely that the Syrian insurgents would ever ask for such help, and even less likely that any western government would agree to provide it. A more compelling political argument against intervention is that it would saddle western governments with responsibility for the abuses of Alawite and other minority communities that will almost inevitably follow a rebel victory. The answer to this objection is that the abuses will be even more extensive and the winners even less subject to moderating external influences the longer the fighting goes on—and the more dependent the insurgents become on non-western sources of support.

Only last year the US and its allies chose to intervene in Libya on behalf of what was then the losing side. It thereby allowed rebels to prevail against a dictator. In Syria, the opportunity now exists to intervene decisively on behalf of the winning side, and help it to prevail more quickly and with less bloodshed. What will follow thereafter will no doubt be even more challenging. But the quicker Mr Assad falls, the better are the chances for working through those challenges toward an enduring peace.

James Dobbins, a former U.S. assistant Secretary of State and special envoy under the Clinton and George W. Bush administrations, is director of the International Security and Defense Policy Center at the nonprofit, nonpartisan RAND Corporation.

This commentary originally appeared on Financial Times on December 7, 2012. Commentary gives RAND researchers a platform to convey insights based on their professional expertise and often on their peer-reviewed research and analysis.