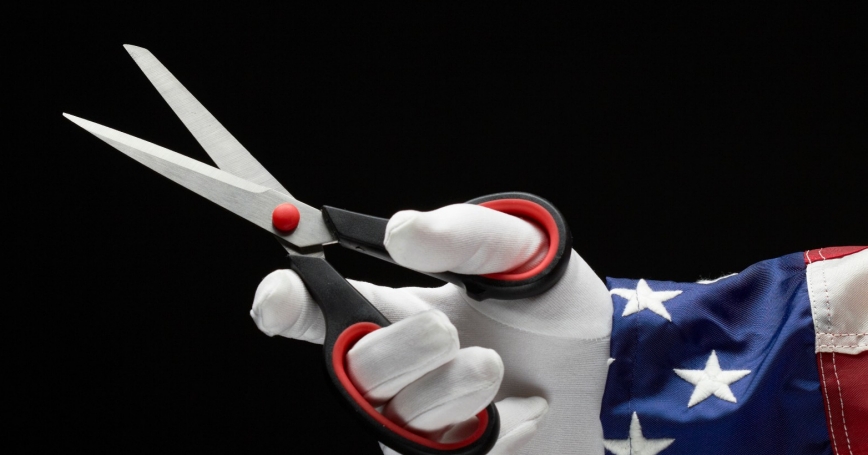 As the president and Speaker Boehner seek agreement to avoid the fiscal cliff, avoiding damaging across-the-board slashes in funding for defense is vital. The administration has already reduced defense expenditures by $500 billion over the next decade, cuts balanced in their application. The sequester would require additional and unbalanced cuts of an equal size. Even if applied selectively, that would severely damage national security.

In practical political terms, some budget reductions beyond those already adopted are certain. However, they must be applied in ways that pose the least risk to national security. We need to shrink force structure carefully, reduce or delay procurement of some weapons systems, streamline management and cut personnel costs.

For example, we can reduce U.S. military forces in Europe. Their purpose is principally to reassure our NATO allies, especially those near Russia.

Rotating exercises, using U.S.-based troops, can safely replace most of these forces. Some withdrawn Army battalions and Air Force squadrons can be eliminated and others redirected to the Asia-Pacific region. Drawdown of forces from Afghanistan is assumed in current budget projections. Recent history argues strongly against substantial engagement of U.S. ground forces in the Middle East and Persian Gulf. Even limiting our aircraft carrier groups to 10, we will have nine more than China (10 more, in fact, because theirs, an old one from Russia, is years away from true operational status).

Several weapons systems are candidates for reduced or slowed acquisition, for example the $60 billion V-22 tilt-rotor aircraft program and the VSTOL version of the F-35 tri-service fighter. Their complexity creates major performance problems in their vertical takeoff and landing capabilities, and increases costs. That suggests limiting the number of V-22s and canceling the VSTOL F-35; other F-35s should be procured at a slower rate than now planned, aimed at a smaller total buy.

The $7.5 billion ballistic missile defense includes active defense of our forces against short- and intermediate-range missiles, which is both valuable and feasible in forward theaters. But further increase in ballistic-missile defense of the U.S. is not worth its cost.

The Constitution gives Congress the power of the purse. However, the way that power is exercised is a principal cause of the very "waste" that Congress denounces. One person's waste is another's income. Benefits fall to individual members of the military-industrial-congressional complex. Eisenhower avoided naming that third element, but representatives fight for their constituents' income, be it from needed programs or pork. Benefits are concentrated; costs (taxes) are spread widely, making recipients of waste more determined and organized than opponents. So defense cuts now should not be determined by the usual bureaucratic turf protection or congressional political response to local interests.

We can trim the defense budget by reducing multiple levels of management in the Pentagon, starting with elimination of the civilian secretaries of the military departments and their staffs. Their duties overlap both those of the respective chiefs of military staff and of the Office of the Secretary of Defense. Bureaucratic growth has led to five undersecretaries and sixteen assistant secretaries of Defense, plus numerous deputies to and staffers for them. (In 1980, I had two and seven, respectively.)

A longer-range way to reduce costs is to simplify the military procurement system so that contractor choices are made by knowledgeable military and civilian officials rather than by "objective scoring systems." The scoring has proven too vulnerable to contractors gaming the system, to challenge by losers, and decisions rendered by federal judges lacking relevant knowledge, resulting in a system badly broken.

Annual personnel costs, exceeding $250 billion, amount to more than a third of the defense budget. Military pension costs add 33 cents to every dollar of basic pay. And the $700 billion 2012 defense budget included $51 billion for healthcare costs, most for retirees and family members, who contribute only hundreds of dollars a year per person in premiums. Unless reined in, the military healthcare budget will overwhelm funding for force capability. The cost of the military pay system has also been exploding and needs rationalization.

Making these changes will require more time than what is available to deal with the sequester, making it important to begin. Meanwhile, whatever reductions are required to avoid sequester should be specified by the secretary of Defense, approved by the president and dealt with by the Congress with a very light hand. If not, severe damage to our security resulting from deep and unbalanced cuts is likely.

Harold Brown was secretary of the Air Force under LBJ, Defense secretary under President Carter, and currently sits on the Defense Policy Board. He is author, with Joyce Winslow, of Star Spangled Security, Applying Lessons Learned Over Six Decades Safeguarding America, published by Brookings Institution Press. He is a trustee of the Center for Strategic and International Studies and Trustee Emeritus of the RAND Corp.

This commentary originally appeared in The Hill on December 20, 2012. Commentary gives RAND researchers a platform to convey insights based on their professional expertise and often on their peer-reviewed research and analysis.