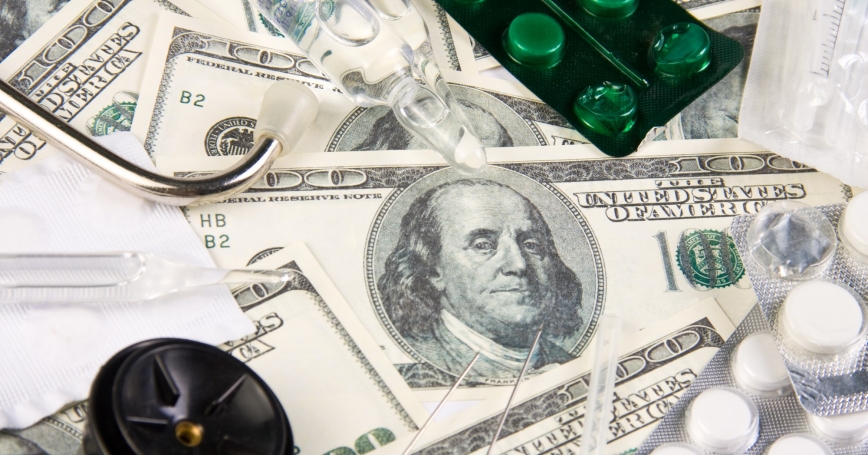 It's clear that the seemingly relentless increase in health care costs is one of America's most vexing and most critical domestic policy problems. Victor Fuchs, considered by many to be the father of health economics, was recently quoted as saying, “If we solve our health care spending, practically all of our fiscal problems go away.”

It's not that the problem has gone unnoticed. But for decades, the health policy process has been in a state of perpetual gridlock. This is, in part, due to the fact that many sweeping proposed policy changes—tort reform, pay-for-performance, changing Medicare and/or Medicaid eligibility requirements, etc.—threaten the economic interests of one or more key stakeholders.

My colleagues and I plan to tackle the cost problem by thinking small. That is, rather than focusing on large, controversial ideas for reducing health care expenditures, we are exploring relatively focused approaches that would, for any particular idea, generate modest cost savings. In fact, the project's working title is “25 Small Ideas for Saving Big Health Care Dollars.” Our basic premise is that given the size of the annual “health care spend”—$2.7 trillion—summing up the savings associated with very minor cost-saving policy changes is likely to achieve significant aggregate savings. We can't afford to leave money on the table.

Historians aren't sure that Everett Dirksen said “a billion here, a billion there, pretty soon you're talking real money” on the Johnny Carson show. But if he did, he neatly captured our approach.

We plan to mine recent and ongoing RAND Health work on health cost savings. We have developed specific criteria for choosing ideas, including the expected amount of money saved, an estimate of whether it would be possible to bring a promising cost-saving strategy to scale, and an assessment of its political feasibility—i.e., how many, and whose oxen will be gored by implementing it?

Here are some examples of what we have in mind.

In a recent study, a team led by Hangsheng Liu (a health policy researcher at RAND and faculty member at the Pardee RAND Graduate School) identified a target for cost savings that many readers may have already encountered: use of anesthesia providers to deliver sedation during routine gastroenterology procedures. Under current guidelines, the endoscopy fee includes mild intravenous sedation, often administered by the endoscopy team. But recently propofol is being used more widely. It must be delivered by an anesthesiologist or nurse anesthetist—for an additional fee. The fee is medically justifiable for high-risk patients (e.g., those with serious chronic heart problems) who must be carefully monitored during any procedure. The fee isn't justifiable for low risk patients.

Here's another example. Scientists from Stanford, RAND, and USC collaborated to look at how certain medications might potentially affect costs. Their analysis suggests that if chronic disease patients were given a financial incentive to comply with recommended drug therapy, it could decrease preventable hospitalizations by 80,000 to 90,000 a year and reduce use of emergency departments by 30,000 to 35,000 visits a year, generating annual savings of roughly $1 billion. Could such incentives be provided? What if incentives were also provided for other drugs known to be effective?

Several current studies will also make our list. For example, we are currently analyzing potential savings to the Medicare program of allowing emergency medical services (EMS) agencies to be reimbursed for either treating patients on-site or transporting them to care settings other than emergency rooms.

The 25 Small Ideas study is exciting because it draws on some of RAND's best health services research over the past decade, while also integrating current work with clear implications for cost savings. Because of its broad scope, 25 Small Ideas is not the kind of study that a single client is likely to fund. So RAND supported it through its Investment in People and Ideas program, which is funded in part by the generosity of RAND's donors and by the fees earned on client-funded research. The program reflects RAND's ongoing commitment to help solve some of the nation's toughest policy problems.

Jeffrey Wasserman is acting director of RAND Health and assistant dean for academic affairs at the Pardee RAND Graduate School.