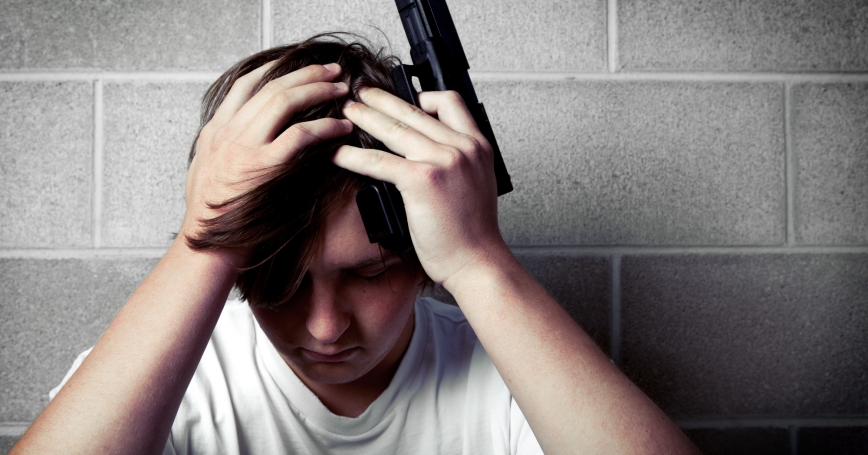 Many policymakers and commentators in the media have suggested that mental health care has a substantial role to play in reducing gun violence. Indeed, one of the prominent criticisms of the recently announced presidential plan to address gun violence is that it focuses efforts too much on guns and not enough of mental illness. Unfortunately, those suggesting that mental health treatment is the key to preventing gun crimes often mischaracterize the current state of the science in two ways.

First, commentators have widely assumed that psychiatric disorders are good predictors of gun violence and causally related to that violence. While there is some limited evidence in the literature that psychiatric disorders are associated with violence, that empirical association is weak and not generalizable across disorders. It is plausible that perceived connections are the result of shared risk factors (e.g., prior trauma exposure) rather than a causal effect of mental health. Specifically, the very limited research investigating this association has found weak correlations, suggesting that psychiatric diagnoses may not be useful for real-world predictions of who will be violent.

By comparison, gender, geographic region, and race are all better predictors of gun violence than mental health. Knowing someone is male or from a particular state gives us more information about their likelihood to perpetrate gun violence than knowing that they have a diagnosed mental illness. To the extent that mental illness is associated with violence, the effect appears to be driven by a small subset of conditions for which criminal behavior is a partial basis for diagnosis—for example, drug use disorders or conduct disorders. Furthermore, some psychiatric disorders are associated with a lower risk of perpetrating gun violence, such as disorders that make it difficult for individuals to leave their home or that cause other substantial functional impairments.

A second way that commentators have mischaracterized the science is by assuming that mental health professionals have some treatment that would effectively reduce the likelihood of violence among those with a specific mental illness associated with violence (such as paranoid schizophrenia) or among those who show a propensity toward violence. In the future, the field may have specific treatments that can be classified as evidence-based interventions to prevent gun violence. As of today, however, practitioners and researchers lack data suggesting that standard mental health treatments reduce violence. Developing and empirically testing genuinely effective treatments for depression took several decades and hundreds of millions of dollars in funding. By contrast, there has been little research into psychological interventions that attempt to prevent violence. Almost no funding was set aside for this topic during the federal moratorium on funding for research related to gun control. Going forward, the field will have a lot of ground to make up.

It is tempting to identify examples of violence perpetrated by the mentally ill—for example, the Tucson shooting by Jared Loughner—and to assume that if the individual had gotten a particular type of mental health treatment, he would not have opened fire. While that appears to be a plausible and appealing counterfactual, it is not supported by much evidence. Even the best available treatments are not effective for all patients. Many patients do not adhere to treatment, or they find the side effects unbearable, even when treatment is potentially effective. In some cases, even if an effective treatment exists and is adhered to, the individual may still be violent. Thus, even when a perpetrator has an identifiable psychiatric disorder, it is highly speculative that mental health treatment could have prevented the crimes.

Mental health professionals are trained to make assessments of dangerousness and propensity for violence; however, the common protocol for dealing with violent individuals is incarceration and involuntary commitment, not treatment. The field has not yet identified which mental health treatments reduce future violence and which do not, and those who are locked up for society's protection are generally given minimal treatment. Providing better mental health treatment to perpetrators of violence or those at high risk of committing such crimes is undoubtedly a good and humane goal, but there is not adequate evidence that it will prevent violence.

Compounding the challenge is the dramatic gulf between what people imagine mental health professionals can do to prevent gun violence and what the current science will support. As a field, we are not able to identify individuals who are likely to use guns against others on the basis of their mental health, nor do we have any evidence-based treatments to reduce the likelihood of violence. If mental health care is to play a substantial role in reducing gun violence, a new research agenda will need to fill these gaps in the scientific literature. Currently, only a handful of research grants from the National Institutes of Health, the Centers for Disease Control and Prevention, the National Institute of Justice, and the National Science Foundation focus on psychological interventions for perpetrators of violence.

While the recent presidential announcement has focused some attention on the need for a federal research agenda on gun violence, funding such an agenda conflicts with a current emphasis on cutting federal spending. In March of this year, current law will require a 17.5-percent cut to the National Institutes of Health, the single largest funder of mental health research. If such cuts are not averted by a new budget deal, they would likely preclude any new research into the role of mental health treatment in the prevention of gun violence.

If policymakers and the public expect the mental health community to play a significant role in preventing future incidents like Newtown, the mental health research agenda must become a higher national priority in future federal funding decisions.

Terry Schell is a senior behavioral scientist at the nonprofit, nonpartisan RAND Corporation.