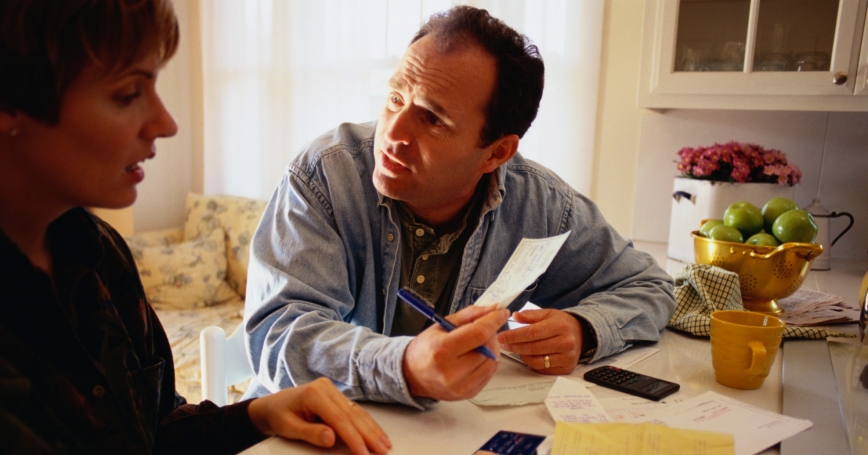 by Arthur L. Kellermann and David I. Auerbach

In the September, 2011 issue of Health Affairs, we examined the impact of a decade of health care cost growth on the income of a typical, median-income family of four with employer-sponsored health insurance. To recap, between 1999 and 2009, the middle-class family's nominal monthly income increased by $1,910. But after factoring in the rise of consumer prices and a near-doubling of health care spending (due to rising insurance premiums, growth in out-of-pocket health care spending, and taxes to support government spending on health care), the family had little left over.

Their financial position would have been even worse if deficit spending, which did not exist in 1999, had not grown dramatically over the decade. If federal taxes had simply been increased enough to pay for growth of government spending on health care (ignoring all other deficit spending), the family would have ended 2009 with $290 less per month to spend than they had in 1999.

In the two years since we concluded this analysis, the situation has grown worse for the middle class. In 2010 and 2011, our median-income family's out-of-pocket spending and tax burden devoted to health care didn't grow much (due respectively to the effects of the recession and historically low growth in Medicare spending), but the cost of their employer-sponsored health insurance increased by almost 10 percent, from $13,770 in 2009 to $15,073 in 2011. (It grew another 4 percent in 2012.) So although their total monthly compensation grew modestly – about $170 per month – their employer held back an additional $57 per month to cover its share of the rising premium, and the family had to chip in another $51 per month to cover the rest. This left them with only $62 more per month, or roughly $14 per week, to address the rising costs of other goods and services.

Thus, two-thirds of our family's modest income gain was consumed by rising health care costs. Little was left for anything else.

To put the cumulative effects of health care cost growth in perspective, consider this: If health care costs over this 12-year interval had kept pace with the growth of other consumer prices, this family would have had an extra $6,000 to direct towards other priorities in 2011 alone. Imagine what that might have meant to them, to millions of middle-class families like them, and to our struggling economy.

We're not getting our money's worth. As we pointed out in our earlier paper, it is difficult to justify the relentless growth of U.S. health care spending based on the modest gains in quality and outcomes we've achieved in recent years. In fact, during a time frame similar to that encompassed by our analysis, three high-income countries in Western Europe that spend significantly less on health care than us did substantially better.

We suspect that few families, if they thought they had the choice, would willingly devote an ever-expanding share of their income to health care. The fact that they do can be attributed, in part, to the opacity of medical pricing and the misguided belief many of us have that someone else is covering the tab. But in the end, the money comes from all us—typically, from more pockets than one.

What can be done? Encouraging patients to become prudent purchasers of health care services is necessary but insufficient to reign in excessive cost growth. That's because the main force driving growth in health care spending is not the purchasing choices of consumers, but the clinical decisions of providers. Unfortunately, nearly every actor in our health care delivery system — hospitals, physicians, other health care providers, insurance companies and the manufacturers of drugs and devices — is currently focused on maximizing revenue growth. That may make business sense on the short term, but it is distorting federal and state spending and threatening our nation's long-term economic stability.

Because America's health care system is market-based, the most practical course of action may be to realign market incentives to foster efficiency and accountability. For example, public and private payers should transition from fee-for-service reimbursement to payment policies that reward value instead of volume. Physicians and other providers should build on the promising start represented by the Choosing Wisely campaign and launch a determined effort to eliminate wasteful and inappropriate care.

Patients should be provided with accurate, understandable and actionable information to help them make more informed decisions about their care. To reduce the burden of preventable diseases and preventable injuries, we should renew our commitment to population health. And to encourage developers to produce technologies that reduce health care costs rather than raise them, we should realign public policies to encourage high-value innovation.

It won't be easy to transform a $2.7 trillion dollar-per-year industry, but it will be worth the effort. Victor Fuchs was recently quoted as saying, “If we solve our health care spending, practically all of our fiscal problems go away.” It's time to get to work.

Arthur Kellermann is the Paul O'Neill–Alcoa Chair in Policy Analysis at the RAND Corporation. David Auerbach is a policy researcher at RAND.