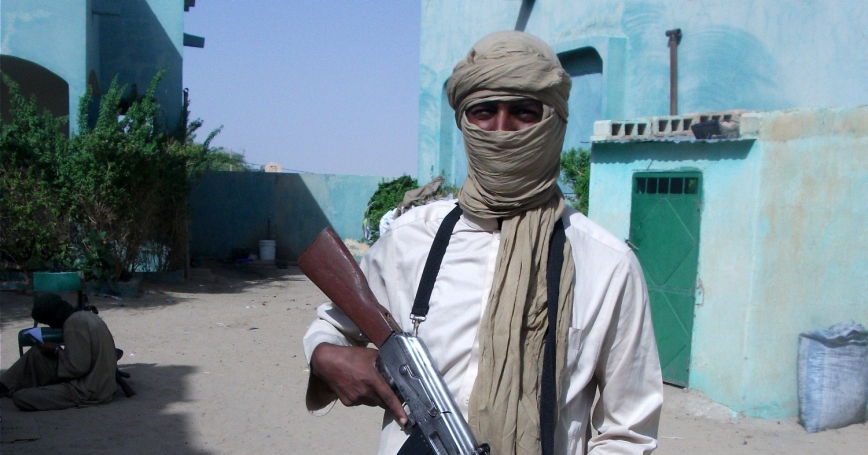 The kidnapping of American and other Western hostages at a natural gas plant in Algeria by Islamic militants possibly in retaliation for France's military intervention in neighboring Mali, illuminates an unfortunate reality: France has inflamed the African region.

Initial news reports on the fate of hostages were conflicting following an operation by the Algerian military.

The larger repercussions from the military operation in Algeria and the magnitude of the risk of intervention by France in Mali are nearly impossible to determine. Will the Islamist groups in Mali and Algeria, or perhaps Islamists far from those countries and with no connection to Mali, take it upon themselves to respond to French and Algerian actions through further acts of terror?

This is comparable to the risk the U.S. runs whenever it engages in a new military operation, though unlike the invasions of Afghanistan and Iraq, this is less of a risk. What is different in Mali is the fact that Americans now find themselves in the uncomfortable situation of being in the passenger seat while somebody else drives.

That France chose to accept this risk and intervene so massively in Mali—which it had gone to great lengths to avoid up until now—reflects the French assessment of what the risk would have been if it had not acted and let the diplomatic effort and planning for a multinational African-led intervention take their course.

What precipitated France's intervention was the offensive last week by Islamist militants (many from the same organization that is responsible for the hostage-taking in Algeria) from their stronghold in northern Mali into the central part of the country. The offensive made clear that the militants have significant military capabilities and reach, and that they indeed pose a threat that went beyond Algeria and northern Mali.

What is less clear is how much of a direct terrorist threat the Islamists may pose to the United States—although it is safe to assume the threat would grow if nothing were done.

That said, there is a danger in viewing Mali through the prism of counter-terrorism, since the rebel element there is tangled up in movements and groups with a wide variety of interests and motives, ranging from sincere religious conviction to local political rivalries to base economic opportunism. Just as all northern Malians are not Islamists—the vast majority almost certainly is not—it is probably also true that most of the Islamists are not terrorists. Indeed, the terrorist presence goes back about a decade, whereas Mali's domestic problems, which have made northern Mali so unstable, go back many decades. Only with the alliance of the terrorists and home-grown Islamist groups last year has Mali's domestic problems and its counter-terrorism problems become one.

The French and African troops now beginning to pour into Mali can be expected to prevail over the Islamists in the short term. Then comes the hard work of securing northern Mali and creating an accord there and in the rest of Mali that will yield enduring peace, while avoiding radicalizing the population or sparking a race war. Mali suffers from a divide between north and south, between “white” Tuaregs and Arabs and the “black” majority that also dominates the government and army. The two sides have had difficult relations marked by several revolts by Arabs and above all Tuaregs against Mali's authority. Peace and security will require far more than military force.

The issue of democracy is important. Mali until recently had been regarded as a success story because of its stability and its flourishing democracy, which most still view as the best long-term cure for instability and terrorism. Mali's success was no mirage, but the flaws in its democracy—now all too apparent—were not fully appreciated, perhaps in part because success was taken for granted, and in part because the United States and others regarded Mali too exclusively through a counter-terrorism lens.

Much will depend on what the French do and how they engage with the local populations. Part of healing Mali's north involves writing its inhabitants back into the social contract and reviving the democratization and decentralization process that begin in the 1990s.

About the most the United States and France's other friends can do is help France and Mali and hope for the best.

Michael Shurkin, a former intelligence analyst, is a political scientist at the nonprofit, nonpartisan RAND Corporation.

This commentary originally appeared on USA Today on January 17, 2013. Commentary gives RAND researchers a platform to convey insights based on their professional expertise and often on their peer-reviewed research and analysis.