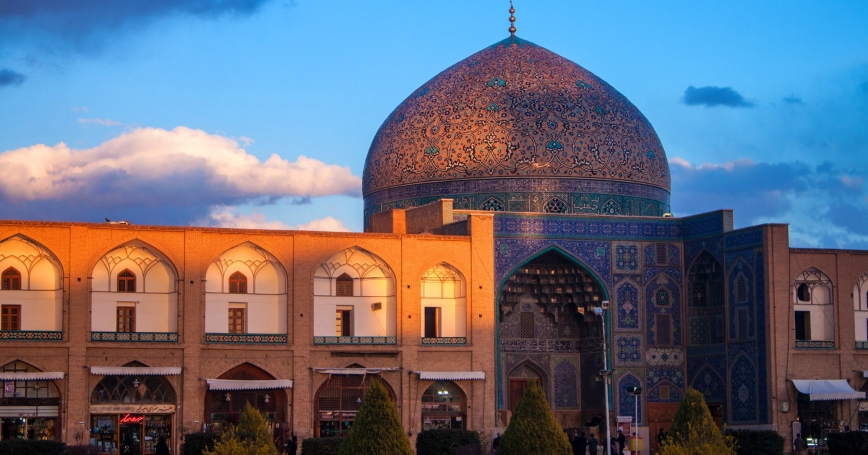 For Iran, 2013 could be one of the most challenging years—both at home and in relations with the outside world—since the 1979 revolution. The Islamic Republic faces the potential of stronger economic sanctions and even an Israeli and/or U.S. military strike because of its intransigence in complying with U.N. resolutions on its nuclear program.

But the world's only modern theocracy also must deal with twin domestic challenges—deepening malaise among the young and increasing tensions among the political elite. Both could be important factors in the presidential election scheduled for June 14, which will feature a new slate of candidates since President Mahmoud Ahmadinejad will have served the two-term limit. Home-grown problems could outweigh the regime's foreign policy woes.

Iran and the world's major powers have all indicated an interest in a new round of diplomatic talks in 2013 to end the long standoff over Tehran's controversial nuclear program. The gap is still enormous, however, after three rounds in Istanbul, Baghdad and Moscow in 2012. The big question is whether Supreme Leader Ayatollah Ali Khamenei is truly interested in making a deal—and on terms that will also satisfy the United States, Britain, China, France, Germany and Russia.

Khamenei is not easily swayed by pressure. He has survived imprisonment and lived through the revolution, assassination attempts, the eight-year Iran-Iraq war, popular uprisings, and decades of sanctions. He views Iran's uranium enrichment program not only as a natural and legal right, but also a measure of Tehran's success against the United States. In 2012, he often publicly talked about the U.S. “decline” in the Middle East, reflected in part by the fall of three pro-American rulers with other U.S. allies wobbling. Tehran also spins the so-called Arab Spring as an “Islamic awakening” modeled on its own Islamic revolution.

Despite what he says publicly, however, Khamenei is also savvy enough to know that the same political changes represent new challenges for his regime as well. Syrian President Bashar Assad, Tehran's most important Arab ally, is under siege from a protest movement that turned into a surprisingly powerful military campaign. The spillover impacts Lebanon's Hezbollah, which also faces its own unique problems. And other regional powers, most notably Turkey, are increasingly questioning Iran's geopolitical aspirations.

Iran begins 2013 with growing economic woes that may be an important calculation in Khamenei's decision. He needs tens of billions of dollars in oil revenues to maintain a vast and often loyal network that has maintained his rule as Iran's ultimate leader for the past 23 years. But the world's toughest sanctions, soaring inflation, and the plummeting value of Iran's currency produced the perfect economic storm in 2012. And Tehran's economic crisis will not end any time soon.

Iran's oil exports declined by as much as one-half in 2012, a factor that could produce additional pressure from key Khamenei constituents, including the Bazaar merchant class and the powerful Revolutionary Guards.

But chronic mismanagement is the chief cause of Iran's economic problems. After his 2005 election, President Ahmadinejad eliminated economic planning agencies such as the Management and Planning Organization. He also sidelined skilled technocrats who were not politically loyal to him. He fueled inflation by injecting massive cash into the economy and reducing subsidies. During his presidency, imports of goods from Asia and Europe skyrocketed, contributing to the closure or bankruptcy of hundreds of Iranian factories. The list goes on and on.

Corruption across the regime has contributed to the economic crisis. In 2012, the Islamic Republic was perceived as one of the most corrupt in the world, according to Transparency International. It ranked 133rd—tied with Russia, Kazakhstan, Honduras and Guyana—out of the 176 countries and territories that were ranked.

The Revolutionary Guards, which control large parts of the economy, are also reportedly corrupt. The most powerful military organization in Iran has charitable foundations (bonyads) that are tax-exempt and largely free of government scrutiny. The Guards have also been linked to illicit smuggling and narcotics trafficking. Some veteran officers have reportedly amassed significant wealth.

The economy is now the Islamic Republic's Achilles Heel. Iran has been successful in educating millions of Iranians and rebuilding its infrastructure after the Iran-Iraq War. But it has not reached the potential of a country with one of the world's largest reserves of oil and natural gas and a well-educated and resourceful population.

The Islamic Republic begins 2013 with anxiety among both the public and the government over the impending presidential election. The 2009 election produced the deepest political schism since the revolution, with millions turning out in massive popular protests across the country to challenge the official outcome. It gave birth to the opposition Green Movement and created an enduring crisis of legitimacy for the Supreme Leader.

The 2013 election may be more tightly scripted than any earlier presidential race to prevent serious debates or competition. Candidates are technically vetted by the Guardian Council, but they must also have the Supreme Leader's unspoken approval. As the regime becomes increasingly militarized, candidates may also need to either have ties to the Revolutionary Guards or be amenable to its interests.

In December 2012, the Iranian parliament passed legislation requiring all candidates to have the endorsement of more than 100 of the regime's “experts” and to be between the ages of 40 and 75. Ayatollah Hashemi Rafsanjani, a former president who has long been Khamenei's main political rival and a focus of hardline ire, is now 78 years old. He ran again in 2005 against Ahmadinejad, but lost. He is now excluded from running again.

Other potential challengers also appear to be sidelined—at least for now. Among them is Esfandiar Rahim Mashaei, who is Ahmadinejad's ally and in-law. (Their children are married.) Khamenei loyalists have called him a “deviant” threat to the clergy and the Supreme Leader.

The spectrum of rivals reflects the unprecedented divisions. All were among the early revolutionaries who ousted the shah and hung together for more than a decade. Ahmadinejad, a hardliner who had Khamenei's full endorsement just four years ago, is now perceived as a threat to the Supreme Leader's hold on power.

But the most important challenge to the regime may still come from the Green Movement. Its symbolic leaders, Mir Hossein Mousavi and Mehdi Karroubi, are under house arrest but they remain a potent threat to Khamenei's rule, perhaps even more than an Israeli military strike or U.S. sanctions.

This commentary originally appeared on PBS FRONTLINE and USIP.org on January 2, 2013. Commentary gives RAND researchers a platform to convey insights based on their professional expertise and often on their peer-reviewed research and analysis.