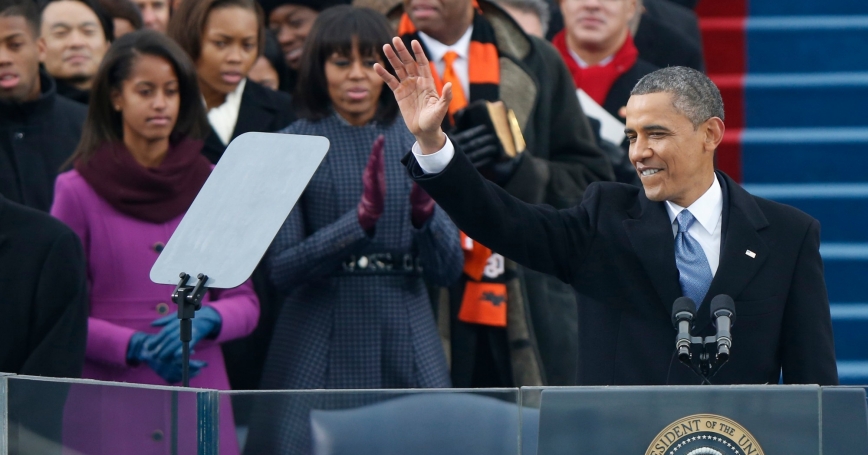 President Barack Obama prepares to speak after he took the oath of office during swearing-in ceremonies at the U.S. Capitol in Washington, January 21, 2013

Given how prominently Iran has featured in Israeli national security debates over the past decade, it is remarkable how little this topic arose in the run-up to this week's Israeli election. That is bound to change in the months ahead. Whether Benjamin Netanyahu assembles a coalition moving further to the right or opts for a more centrist option will have a significant impact on the prospects for any renewal of negotiations with the Palestinians.

But the make-up of Netanyahu's future coalition will likely have far less impact on the Iran nuclear file than on the peace process. In the absence of any diplomatic breakthrough and the continued advance of Iran's nuclear enrichment program this year, we can expect Israeli leaders across the political spectrum to press the Obama administration for military options (and Israeli polling suggests that while the majority of Israelis do not favor an Israeli military action against Iran, they do support action by the United States).

President Obama's re-election messaging, reinforced by his inaugural address, has emphasized the winding down of America's war efforts after over a decade of military engagement in the region. How he squares that with his stated commitment not to allow Iran to weaponize its nuclear program is not clear. More likely than not, his administration will continue to find alternative means to slow Iran's advance toward weaponization while assuring the Israelis America “has their back.”

Dalia Dassa Kaye is director of the Center for Middle East Public Policy at the nonprofit, nonpartisan RAND Corporation.