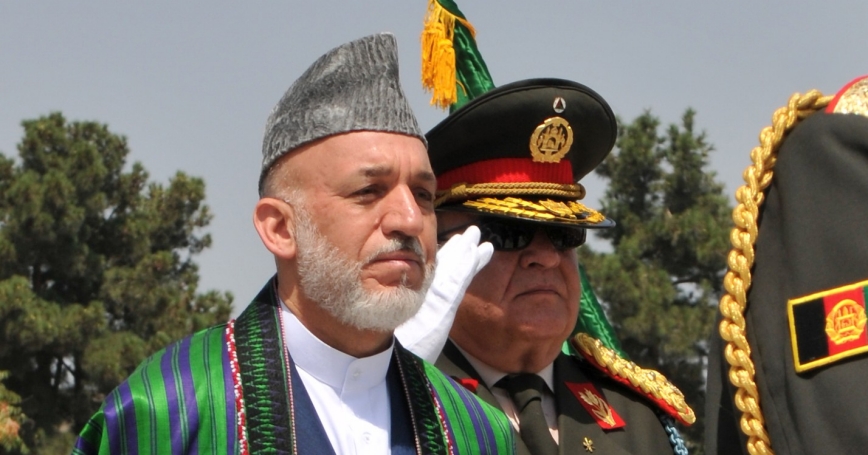 Afghan President Hamid Karzai's visit to Washington this week comes at an opportune moment. With President Obama committed to a change in the U.S. role in the war in 2014 and considering how sharp the decrease should be in U.S. force levels, it is time to take stock of the war.

Most predictions are bleak. Some assume that civil war is inevitable among Afghanistan's Pashtun, Tajik, Uzbek, and Hazara ethnic groups, while others predict an eventual Taliban takeover of the capital. Yet the Afghan government is not as weak as many believe, nor the Taliban and other insurgent groups as strong.

The Afghan government still controls all major population centers and many key rural areas, despite its corruption problems and governance challenges. The Taliban and other insurgent groups hold no urban areas or district centers, have comparatively little popular support among the Afghan population, and have their own serious corruption problems.

It's worth comparing Syria and Afghanistan in this regard. The Free Syrian Army has accomplished substantially more in under two years of fighting than the Taliban has done in over a decade. Syrian insurgents have taken over key rural areas and are fighting for control of urban centers like Damascus, while a handful of senior Syrian officials have defected. Taliban leaders must be envious.

Today's pessimism about the war in Afghanistan is not unprecedented. At the end of the 1980s, U.S. and Soviet intelligence assessments were similarly bleak—and equally wrong—as the Soviet Union withdrew its forces.

The CIA predicted the imminent collapse of the Najibullah government. “We judge that Mohammed Najibullah's regime will not long survive the completion of Soviet withdrawal even with continued Soviet assistance” a CIA assessment concluded in March 1988. “The regime may fall before withdrawal is complete.”

Soviet views were remarkably similar. According to a Top Secret report to the Politburo, political and economic conditions in Afghanistan were spiraling out of control: “The chief question on which depends the continuing evolution of the situation boils down to this: will the government be able to maintain Kabul and other large cities in the country, though above all the capital?” The answer, it concluded, was no.

But Najibullah hung onto power several years after the Soviet's withdrew. Today, Afghanistan is in better shape than it was in 1989, which offers some hope that the Afghan government can retain power for the foreseeable future.

One difference is that all Soviet forces departed by 1989. Based on current discussions, the United States is likely to retain some forces in Afghanistan after 2015, including highly trained U.S. Special Operations Forces to conduct counterterrorism missions. A second difference is that Afghanistan now has a political system that has a chance of surviving the transition to Afghan security lead.

In 2014, Afghanistan will hold its third presidential election since the fall of the Taliban. There is a great deal at stake in this election. If the country can hold reasonably free and fair elections, and defeated candidates can agree to step aside, Afghanistan has a chance of moving beyond its Soviet legacy.

Seth G. Jones is associate director of the International Security and Defense Policy Center at the nonprofit, nonpartisan RAND Corporation and author of Hunting in the Shadows: The Pursuit of al Qa'ida after 9/11 (W.W. Norton, 2012).

This commentary originally appeared on U.S. News & World Report on January 10, 2013. Commentary gives RAND researchers a platform to convey insights based on their professional expertise and often on their peer-reviewed research and analysis.