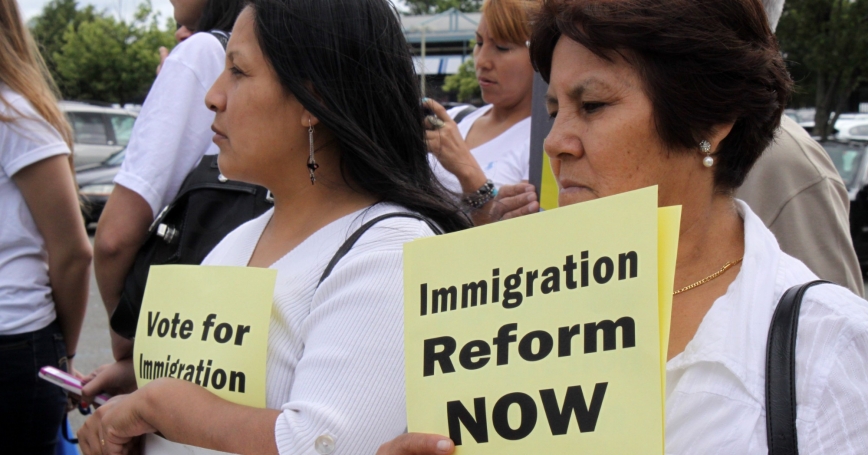 A group of U.S. Senators this week unveiled a proposal to reform the nation's immigration laws, outlining a path to citizenship for most of the nation's estimated 11 million undocumented immigrants and endorsing an increase of certain types of foreign-born workers.

RAND policy experts have studied many aspects of immigration to the United States, including the economic consequences of immigration and ways to strengthen the nation's border.

James P. Smith, the RAND Distinguished Chair in Labor Markets and Demographic Studies, co-edited the seminal National Resource Council report “The New Americans: Economic, Demographic, and Fiscal Effects of Immigration.” He outlined some his research in commentaries about immigration.

In a recent conference call, Smith provided an overview of the economic consequences of immigration. About 40 million residents of the United States are foreign born, accounting for about 13 percent of the nation's population. Overall, Smith said, immigrants provide a net economic benefit to the nation.

“The number is positive, not negative as you often hear,” Smith said. “On the other hand, it's not driving the U.S. economy.”

RAND associate social scientist Peter Brownell is a co-author of the of the recent National Academy of Sciences report “Options for Estimating Illegal Entries at the U.S.-Mexico Border.” Improving border security is one key goal of the Senate immigration reform proposal. Brownell also has studied trends in Mexican-born immigrants returning and wages among immigrants.

RAND researchers have done a wide range of research about U.S. border security issues. Reports have examined how to measure security effectiveness along the border and how to best manage border security resources. Other work has proposed improved methods to estimate the number of people who cross borders illegally.

In addition, a team of RAND researchers have prepared a report intended as a binational reference for U.S. and Mexican policymakers. The volume explores the interrelated issues of Mexican immigration to the United States, Mexico's economic and social development, and U.S.-Mexican economic and policy relations. The findings suggest that there are solid achievements on which to build.