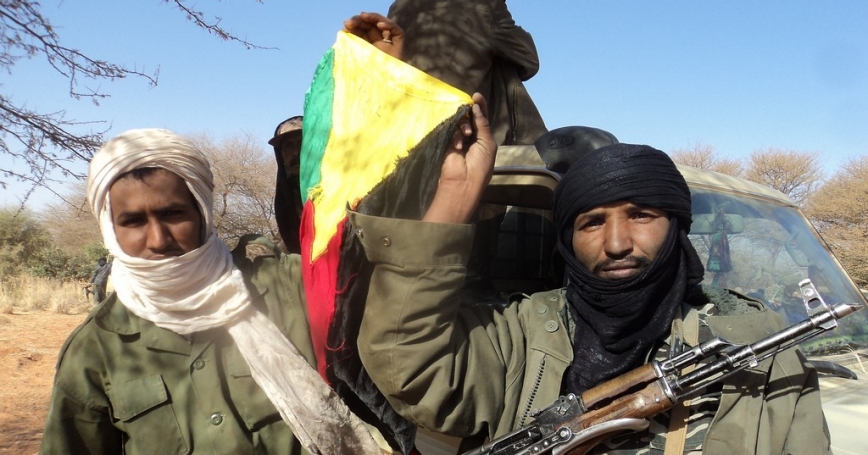 Last week's terrorist attack at the In Amenas gas complex in Algeria, along with the recent success of the militant groups fighting government forces in Mali, indicate al Qaeda and other terrorist groups are gaining influence in North Africa. Several RAND experts spoke with us about the latest developments.

Recent events in North Africa seem to indicate al Qaeda and other terrorist groups are changing gears, from Afghanistan to other parts of the world, particularly Africa. Is that accurate?

Brian Jenkins: Al Qaeda has not moved from Afghanistan to Africa. Rather, the challenges posed by al Qaeda's global enterprise have become more diffuse. Al Qaeda's central command structure in Afghanistan and Pakistan has been decimated. Under continuing pressure, al Qaeda today is more decentralized, more dependent on its affiliates and allies.

But al Qaeda has proved to be resilient and opportunistic. Its ideology transcends its organization. Organizationally, al Qaeda survives by insinuating itself into local conflicts which have deep roots.

Al Qaeda did not lead the Arab uprisings, despite its subsequent claims that its 9/11 attack set in motion the events that led to the Arab Spring. However, al Qaeda has been able to exploit the turmoil created by the uprisings to gain new footholds, especially in the Sahel, Sinai, Yemen, and Syria.

As a result, al Qaeda in the Mahgreb (AQIM), al Qaeda in the Arabian Peninsula (AQAP), al Qaeda's front in Iraq (AQI), and al Qaeda adherents in Syria have become more important in the universe of like-minded jihadists inspired by its ideology.

How closely aligned are the different al Qaeda groups with one another?

Jenkins: The relationships are complicated. In some cases, local commanders are alumni of al Qaeda training camps and veterans of the wars in Afghanistan whose connections go back years. In other cases, local leaders may claim an al Qaeda affiliation to gain material assistance and credibility over local competitors. That does not mean that al Qaeda is calling the shots. Nor should the United States see every local conflict where an al Qaeda flag appears as a direct threat to U.S. security, requiring military intervention.

The terrorist and Islamist groups in Mali are not easily labeled. Why is that the case?

Michael Shurkin: Al Qaeda in the Mahgreb, particularly in Mali, has been evolving rapidly from its days when it consisted almost entirely of Algerians pre-occupied with attacking the Algerian government. There is growing evidence the group is internationalizing and becoming increasingly diverse. But it remains too early to determine precisely what its objectives are, and the extent to which it represents more than a regional threat.

We also do not know what AQIM's objectives are in relation to southern Mali. AQIM is clearly dangerous and may be evolving into something that poses a danger far beyond the immediate region, but that scenario appears to remain in the future.

Mali's two militant Islamist groups, which have been making common cause with AQIM as of last year, appear to be focused more locally, as many of those who have rallied to their flags probably pursue parochial interests, such as local political rivalries or simple economic opportunism, as opposed to jihad.

Collectively, the Islamist militants in Mali have shown themselves to be more capable than the Malian military, which makes them a threat to other regional militaries as well. The French, moreover, claim to have encountered stronger resistance than they had imagined. It remains to be seen if the French simply expected too little, and if the militants can withstand French military pressure over time.

Why has Northern Africa become an inviting haven for terrorist groups like al Qaeda?

William Young: Al Qaeda became a franchise years ago and will take advantage of any opportunity to establish a safe haven or an emirate from which it can strike at its enemies. Syria and Mali are just the most recent examples of how it can spread into areas that are ungoverned or weakly governed. These are the reasons it has taken up residence in Afghanistan, Iraq, Somalia, and Yemen in recent years.

The wars in Afghanistan and Iraq, and the bombing campaigns in Pakistan and Yemen, have forced al Qaeda leaders and operatives to focus on local and regional targets instead of international ones that are more difficult and farther away. What makes their shift into the Levant and the Sahel regions of North Africa particularly dangerous is the proximity to Europe, where it can play to an increasingly frustrated underclass of young, unemployed Muslims, and where it already has a traditional support network.

Along with the threat to nascent democracies in the Middle East and Africa, the prospect of a re-invigorated jihad against Western Europe is a compelling reason to deal with al Qaeda and its affiliates now, before they can establish themselves and build support among local communities in these areas.

They have made mistakes in Mali by being so aggressive against the Sufi communities there, but they have ready allies in Nigeria, Algeria, and Libya. In Syria, they have already become a strong, accepted force for change.

What more can, or should, the United States do in Mali?

Stephanie Pezard: The French intervention has brought a new urgency to the U.S. decision-making process of deciding what resources Washington is willing to deploy to counter Islamist groups in Mali. The U.S. has already promised logistical assistance—such as intelligence support and the use of transport planes—but has been reluctant to offer more help.

I believe the United States is still trying to determine its strategic interest in Mali, and what resources are needed to counter the Islamist rebels. It's important to remember that there is not a tremendous amount of information on the rebel groups and their capabilities, and as a result the French intervention is a “live experiment.”

Over time, the U.S. will be able to determine the cohesiveness of the rebel groups, their ability to use asymmetric warfare against French and Economic Community of West African States troops, and their defensive capabilities. Only when America has a clearer idea of the requirements on the ground will it be able to decide how much more of its resources should be shifted toward Mali.

Do al Qaeda and other terrorist groups in North Africa pose a direct threat to the U.S. homeland?

Seth Jones: At the moment, most of al Qaeda's terrorist plotting against the U.S. homeland appears to be coming from al Qaeda in the Arabian Peninsula (AQAP), based in Yemen, and al Qaeda core in Pakistan. Neither al Qaeda in the Islamic Maghreb (AQIM) nor its allies in Africa—such as Ansar al-Sharia (Libya), Ansar al-Din (Mali), or Boko Haram (Nigeria)—appear to be plotting terrorist attacks against the U.S. homeland.

Still, these groups have established terrorist networks in Europe and threatened America's allies in France, Spain, the United Kingdom, and other countries. Perhaps more concerning, AQIM and its allies have been involved in attacks against U.S. government officials in North Africa (such as U.S. Ambassador Christopher Stevens in Libya) and U.S. citizens (such as at the In Amenas gas plant in Algeria).

Michael Shurkin is a political scientist and former CIA analyst focusing on the Sahel. He is the author of the commentary, “Hostage Taking Exposes Terror Threat in Africa,” which appeared in today's issue of USA Today.

William Young is a senior policy analyst and former intelligence officer focusing on counterterrorism, counterinsurgency, and counterproliferation issues in the Middle East and South Asia. He is author of the commentary, “Al Qaeda Threat to U.S. Embassy in Yemen Raises Questions” and a forthcoming study on the regional dynamics of the Syrian conflict.

Stephanie Pezard is a political scientist focusing on African policy and security issues, particularly on West Africa and the Sahel. She is co-author of the commentary, “The French Intervention in Mali Is Necessary, But Risky.”

Seth Jones is associate director of the International Security and Defense Policy Center at RAND and former advisor to the Special Operations Command in Afghanistan. He is the author of the book, “Hunting in the Shadows: The Pursuit of Al Qa'ida Since 9/11.”