The French Intervention in Mali Is Necessary, but Risky 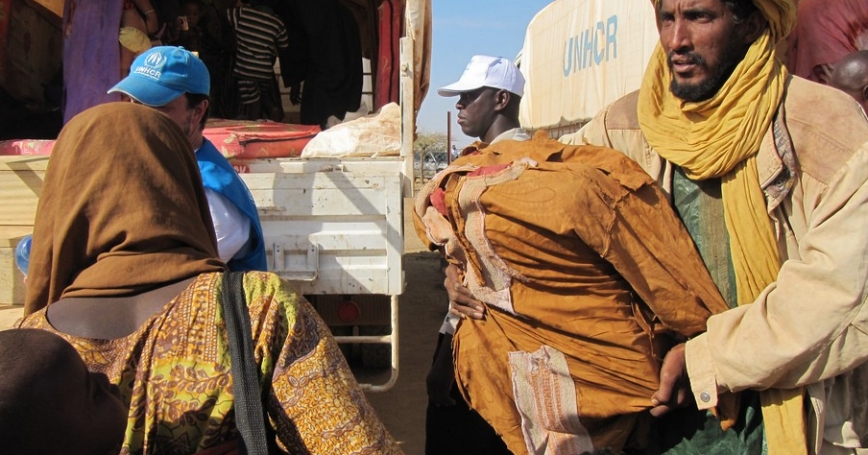 The French intervention in Mali, in response to Islamist rebel gains in the West African nation, was necessary. But the action brings significant risk.

France almost certainly acted because the Islamists' southern offensive last week made the existing timetable for an international intervention irrelevant. The Islamists were demonstrating surprising military capabilities and audacity, and they clearly posed an imminent threat to southern Mali, to Bamako, Mali's capital city, and to what remains of the Malian state. Immediate action was required, and the French intervention has so far received support from Malians as well as the international community, with the United States, United Kingdom, Germany, and Denmark, among others, offering assistance.

However, besides achieving the urgent goal of arresting the Islamists' offensive, the more difficult work of following through by securing the north and bringing enduring stability remains.

It is unclear how far France has planned to go, although France announced Tuesday it will add additional ground troops to the area. But will France go on the offensive or attempt to establish new lines and hold them? The former seems most likely, as a pause while Economic Community Of West African States forces and the Malian army get ready could make France's operations lose momentum and give Islamists time to recover from their losses and further prepare their defense. The recent French bombings on Islamists' rear bases in Gao and Kidal also show that, to a large extent, war has started in the north.

The multinational force that is now coalescing around the French, operating under United Nations mandate, will likely be subordinate to French leadership, if only because the timing of the operation makes it difficult for a force from the Economic Community of West African States—ECOWAS—to be ready.

France's military intervention will test the resilience of the Islamist groups, and will provide answers to several key questions of importance for future operations: Are the recent recruits of Islamist groups committed combatants or will they scatter quickly in front of French attacks? How cohesive is the Ansar Dine-Movement for Unity and Jihad in West Africa-al Qaeda in the Islamic Maghreb alliance, and how much of their overall capability will degrade if any of the three experience decisive setbacks?

The accelerated intervention timeframe does not change some of the key issues raised by addressing the Malian crisis with a mainly military solution.

French intervention leaves unresolved how to secure the country and create enduring peace and stability. France and its regional and international allies, even if they succeed in weakening Islamist groups and ousting them from urban centers, run significant risks. Military operations in northern Mali are likely to radicalize the population, spark a race war, and spread the conflict to neighboring countries. They also are unlikely to yield a long-term solution.

These risks would be at least partially mitigated if a deployment were coordinated with local countries that could strengthen a deployment operationally while defusing ethnic and religious tensions. Support for Mali's armed groups is fluid; those who adhere to them can be persuaded to change allegiances if they see it as politically and economically in their interest to do so. Numerous factions have an interest in cooperating to stabilize the region, renegotiate northern Mali's relationship with the south, demonstrate they can bring security to the north, and defeat Islamist militants who have made a bad economic situation worse, and whose religious agenda offends many.

No solution, however, is likely to offer more than a short-term reprise if it is not accompanied by real progress toward resolving Mali's political crisis and strengthening the Malian state and Malian democracy.

Drawing from our ongoing research, we would offer these four observations in terms of finding the best way forward:

This commentary originally appeared on U.S. News & World Report on January 17, 2013. Commentary gives RAND researchers a platform to convey insights based on their professional expertise and often on their peer-reviewed research and analysis.