The Motivations Behind the Amenas Terrorist Attack 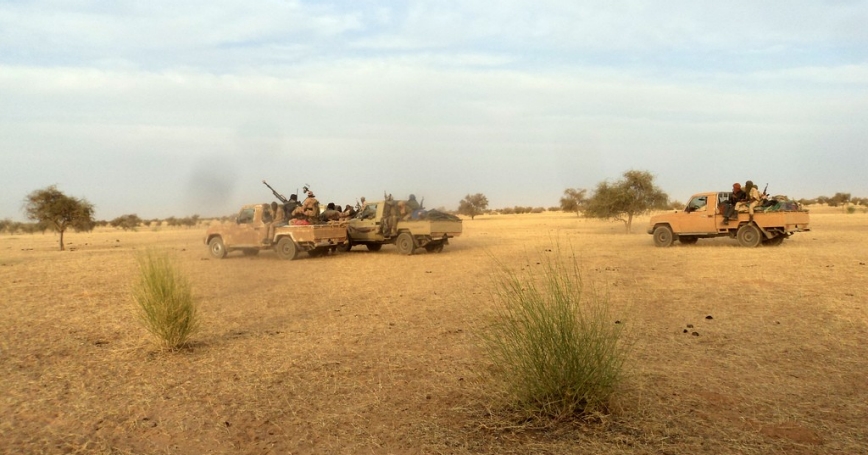 First in a three-part series of observations in the aftermath of the Amenas terrorist attack in Algeria. Read part 2 and part 3.

If the assault on the U.S. consulate in Benghazi held any lessons for government officials who must make immediate assessments, eager-to-be-interviewed experts, or critics ready to point fingers, it was this: What is initially known about a terrorist attack beyond the what, when, and where often turns out to be wrong. Many of the critical details may not be known for days, weeks, months—or ever. There will always be omissions and distortions. That lesson undoubtedly applies to the bloody terrorist attack on the Amenas natural gas facility in Algeria in which more than 90 people died, including the terrorists and at least 37 of their foreign hostages.

This suggests caution in any early analysis. However, a rich history of terrorist hostage events may help clarify some of the dynamics involved at Amenas.

Terrorist aims are often not as stated.

The terrorists portrayed the attack on the Amenas facility as revenge for Algeria's assistance to France's military intervention in neighboring Mali, but this seems doubtful. Although Islamist militants have for years denounced “French crusaders” in North Africa—and the likelihood of French intervention had been discussed openly for months—French forces arrived in Mali on January 11, just five days before the terrorist attack. An attack of this complexity would have required months of reconnaissance, planning, recruiting of inside confederates, and training of participants. France's intervention in Mali was used to “justify” an attack that would likely have taken place anyway.

The terrorists demanded that France withdraw from Mali, where it has deployed its forces against the jihadist extremists controlling the northern part of the country, and that the United States release from prison Omar Abdel-Rahman and Aafia Siddiqui, both convicted of terrorist-related offenses.

It was an eclectic and media-savvy choice of demands, calculated to play on popular sympathies—an appeal to the crowd rather than the reason for the attack. Abdel-Rahman, the so-called “Blind Sheikh,” is an Egyptian imam in prison for his role in a 1993 conspiracy to carry out terrorist attacks in the United States. Securing his release remains a popular cause in Egypt. Siddiqui is a Pakistani doctor, described by U.S. authorities as an al Qaeda facilitator. She is serving a long sentence for attacking U.S. personnel while in custody. Many in Pakistan have protested her conviction. Neither figure has personally participated in terrorist operations, and both have been portrayed as victims of American prosecutorial zeal.

These demands are not likely to be met (and the terrorists know it), but the attack still provides publicity for the group and its cause. The death toll will put the Amenas assault among the worst attacks in the annals of modern terrorism, although it is far from the top. Most of the deadliest attacks are bombings, over in an instant. Hostage seizures attract more attention, and the capture of many foreign nationals at Amenas guaranteed widespread news coverage.

Terrorist commanders assert leadership through bloody deeds, and high-profile incidents attract more volunteers to their ranks. Attacks are often motivated by internal rivalries. Mokhtar Belmokhtar, who reportedly directed the Amenas attack, has been involved in a dispute with the current leaders of al Qaeda in the Islamic Maghreb (AQIM), in which he was once a major figure. He left (or was expelled from) AQIM and has been leading his own independent band, carrying out local attacks, kidnapping foreigners, smuggling cigarettes, and other brigandage. The Amenas attack will lift his banner among fanatics in the region.

The gas fields at Amenas were a strategic target.

Attacking a large gas facility was an ambitious undertaking intended to demonstrate the prowess of Belmokhtar's warriors. Algeria's economy depends on its gas exports. An attack on its natural-gas fields would also worry European consumers. Forty years ago, sabotage of an oil terminal in Trieste (by an Algerian bomb builder working on behalf of the Popular Front for the Liberation of Palestine) shut down the Trans-Alpine pipeline for three months.

Fear of further attacks might discourage foreign investment in Algeria, although oil companies are resilient and accustomed to doing business in rough neighborhoods. Nonetheless, the attack at Amenas set nerves on edge throughout the region.

Citing intelligence indicating further terrorist attacks, the United Kingdom, Canada, Germany, and the Netherlands urged their nationals living in Benghazi to leave. From Nigeria to the Arabian Gulf, security at energy installations has probably gone up a notch while security directors review local threats.