What Does Israel's Election Mean for Israeli-Palestinian Peace? 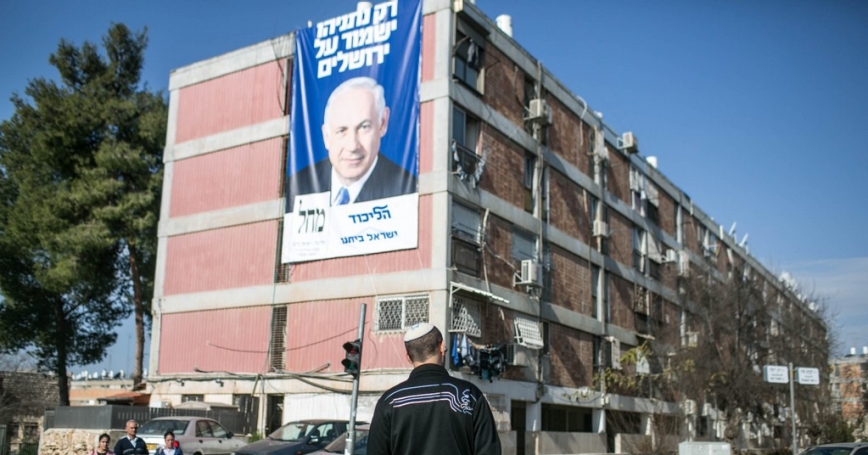 Although both Israelis and Palestinians are calling the two-state solution dead, important voices both regionally and internationally continue to trumpet the need to seize the last fledging opportunity to make it happen. As the first projections from Israel's election came in on Tuesday, Britain's foreign minister cautioned that the next Israeli government has the last chance to secure a two-state deal.

Earlier in the week, Bloomberg reported on President Obama's lament that Netanyahu continuously acts against Israel's best interests. This criticism came after the Israeli prime minister announced his country's plan to build 3,000 additional housing units in East Jerusalem and the West Bank, including in an empty area that connects Jerusalem with the Jordan Valley, essentially precluding the formation of a contiguous Palestinian state.

As expected, Prime Minster Netanyahu and the combined Likud-Beytenu list won a plurality of seats in the Knesset, Israel's parliament. However, despite his victory, Netanyahu is likely to face some tough choices in the next few weeks. A quick glance at the electoral map shows that even with a projected 12-seat lead over its closest opponent, Likud-Beytenu will fall short of the 60 seats needed for a Knesset majority if it attempts to form a coalition with only right-wing parties.

Netanyahu has a number of alternatives with respect to forming the coalition, and his choice of partners is likely to influence the direction of Israeli policy over the next few years. His picks will reflect his calculated priorities with regard to the issues that Israelis care about. Among these issues is the future of the peace process with the Palestinians.

While Netanyahu officially declared his support for a two-state solution in a speech at Bar-Ilan University in 2009, recent policies and actions have called into question his adherence to that commitment. In the weeks before the election, some of his more hardline Likud colleagues reassured voters that the party had never officially strayed from its staunch opposition to a Palestinian state. Although Netanyahu, in a little-advertised rejoinder to his hawkish colleagues stated that he still believed in “two free peoples living side by side in this small land,” the real test will come when he chooses his government.

Although public opinion had predicted the Israeli electorate to shift further to the right—presumably shrinking the chances for a negotiated deal with the Palestinians—the preliminary election results did not entirely support those predictions. The right-wing national religious party Habait HaYehudi, which gained some of Likud's seats in the Knesset, did not garner as much support as it expected, leaving its pro-annexation policies far from unchallenged in any future coalition. It is only in the unlikely scenario that Netanyahu decides to govern from a minority right-wing coalition that Habait HaYehudi's settlement agenda would be absolutely safe. However, in order to get a broader political base, Netanyahu may opt to form a center-haredi (ultra-orthodox) or a center-right government that includes one of the larger centrist parties, such as Yesh Atid or Ha'Tnua.

In some ways, the most surprising outcome of the election was the resurgence of the center-left, this time with a new party—Yesh Atid. Under the leadership of former television host Yair Lapid, the new party managed to take 19 seats, putting it in second place (after Likud). The center-left bloc, which also includes Tzipi Livni's Ha'Tnua and Shelly Yacimovich's Labor party, is now the strongest of the four traditional electoral alliances in Israel (right-wing, ultra-Orthodox, center-left, and Israeli Arab). Should Netanyahu decide to form a government with any of the center-left parties, the Israeli-Palestinian peace process will remain on the government's agenda.

Ultimately, Netanyahu's ability to form a government of his choice will also depend on the resolve of the center-left to “hold out” against him. In 2009, Netanyahu was asked to form a government only after Tzipi Livni's Kadima party (at the time, Israel's majority party) failed to gather a majority center-left coalition. Although such a scenario is probably unlikely for Likud this time, the Labor leader, Shelly Yacimovich, has high hopes. In response to the preliminary results, she announced that she would do everything in her power to create a coalition of parties with a “shared social and economic agenda, which will also kick-start the peace process.”

What are the chances that the next Israeli government will renew its effort to reach a peace agreement with the Palestinians? It is probably safe to say that a renewed effort is highly likely, but given the way the political ducks have lined up with Obama just entering his final term, whether such an effort is successful will depend on the shape and content of such an effort rather than whether or not there is an initiative.

The Middle East is used to seeing second-term U.S. presidents launch half-hearted efforts to make history there while not paying much attention to the formula or content of their proposals. The complexity of the Israeli-Palestinian relationship and the seriousness with which both sides view their own demands will warrant a serious look at previous proposals and a re-crafting of some of the basic assumptions that have served as the foundation for the two-state solution. Whether the result is a one-state, two-state, or three-state solution is less important than whether the formula addresses some of the most fundamental issues that Palestinians and Israelis care about.

Thus, while the two-state solution may indeed be dead, its death may not necessarily be a bad thing. Rather, it could lead to an opportunity to create a more appropriate formula that can better address the complexities of the current Israeli-Palestinian impasse.

Tova Norlén is a recipient of the Transatlantic Postdoctoral Fellowship in International Relations and Security (TAPIR) and a visiting fellow at the nonprofit, nonpartisan RAND Corporation.