When Winning Means Losing: Israel After the Election 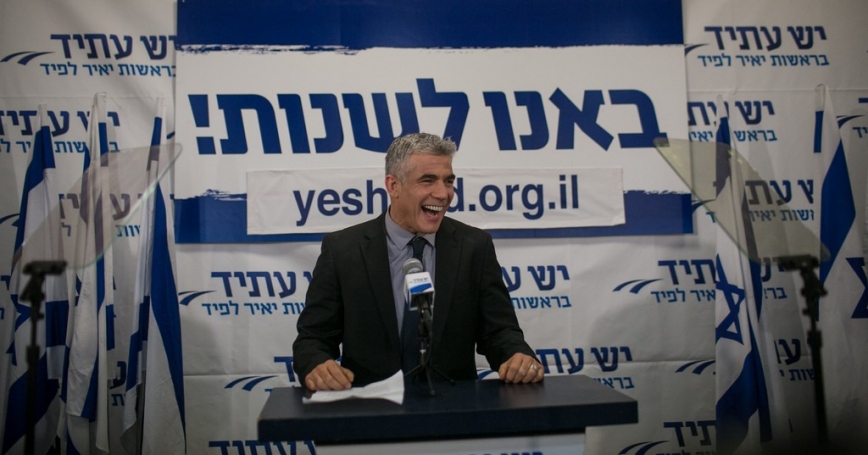 photo by The Israel Project/Flickr.com

Despite an overall victory, the biggest loser in Israel's election yesterday was Prime Minister Benjamin Netanyahu. His combined electoral slate with Foreign Minister Avigdor Lieberman lost a quarter of its power (it currently holds 42 of 120 seats in the Knesset, the Israeli parliament). In the end, votes moved away from Likud-Beytenu to the religious right. But more importantly, there was also a push to the center—primarily to Yesh Atid, the new party established by former TV presenter Yair Lapid. Yesh Atid took 19 seats in the Knesset after polls had predicted a more middling performance for the party.

In many ways, Yesh Atid is the heir to the politically centrist votes that went to Kadima, the party of former prime ministers Ariel Sharon and Ehud Olmert, in 2009. After a decade as Israel's largest political party, Kadima has crumbled and almost disappeared. And Yesh Atid was able to achieve second place at the polls despite sharing some of these votes with Kadima's former leader Tzipi Livni and her new party, Ha'Tnua, which ended the race with 5 percent of the vote.

Although the traditional right and its natural partners from the religious parties will make up only 50 percent of the new parliament, under the Israeli coalition-parliamentary process no candidate other than Netanyahu can form a government. He will continue to be the prime minister and therefore, according to U.S. standards, is the winner. Yet his ability to form a government as he sees fit has suffered a serious blow.

Negotiations between the parties will ultimately shape the new government. In theory, there are countless options. But it is unlikely that a narrow-based religious-right government will be the result.

At the same time, Netanyahu's options are severely limited. It is not clear whether or to what extent he will abandon his traditional coalition partners on the right and turn toward the fragmented political center. However, such a turn may be necessary and, if he makes it, Netanyahu would have to make coalition commitments on such matters as the mandatory recruitment of ultra-Orthodox youth to the Israel Defense Forces. This would lead to a direct clash with his traditional partners, the ultra-Orthodox parties.

For Yair Lapid, it would be easier to enter the government without breaking his campaign promises if the moderate-left Labor party or Livni's Ha'Tnua enters the government as well. But partnering with either Labor or Ha'Tnua would lead to conflict with the religious right (on such issues as the peace process with the Palestinians) and internal friction in the Likud Party, which moved further to the right in the recent primary elections.

Clearly, wherever Netanyahu is headed, he is bound to confront an intractable political reality. Given that he initiated and mobilized the elections and that, theoretically, he could have continued to lead one of the most stable governments in Israel's recent history for another year, it seems that the winner is indeed the loser.

Shira Efron, a former journalist with the Israeli newspaper Haaretz, is a Ph.D. candidate at the Pardee RAND Graduate School at the nonprofit, nonpartisan RAND Corporation.