A Gap in Cultural Intelligence 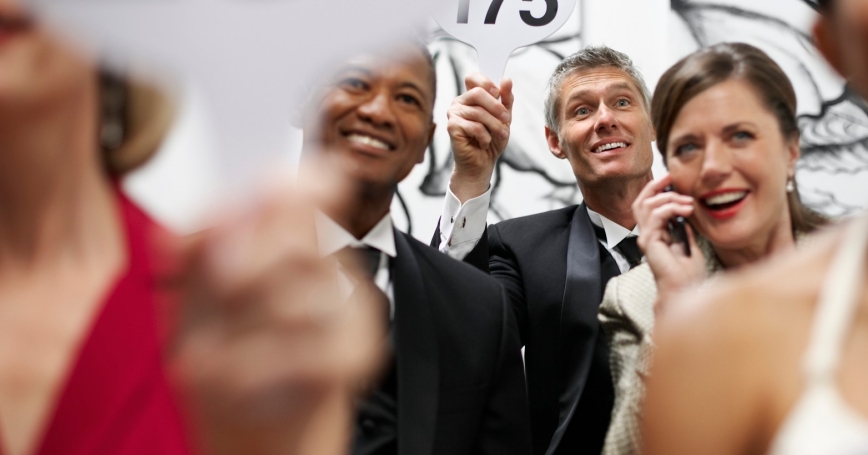 What the heck happened to cultural sensibilities last year?

While collectors bid up record prices for artworks at auction—Edvard Munch's “The Scream” went for $120 million in May—they were criticized for a lack of aesthetic judgment, especially at the premier U.S. fair, Art Basel Miami Beach. And cultural heritage took a turn for the worse as well. Cooperation on repatriation of antiquities was overshadowed by grim reports of wanton destruction of historic sites in Mali and Syria. With both contemporary and ancient art, the desire to collect and possess seemed to outstrip cultural appreciation.

High-end collectors and cultural-heritage abusers alike would benefit from a boost in cultural intelligence, or “CQ,” to grasp the interrelation of art, culture, economic development, and human rights.

Following significant gains in 2011, art did hold promise as an alternative investment and as a viable element of economic development in 2012. In the “BRIC” countries, ArtPrice reported that China had the highest auction turnover worldwide, and through June, ArtTactic credited Brazil with leading the continued development of the Latin American art market. In emerging economies, Bangladesh had its first Dhaka Art Summit in April, and internationally, prices at auction continued to rise and peaked with the sale of “The Scream,” which set the new record for a painting at auction.

Respect for cultural heritage also seemed on track. Efforts to return cultural property to nations of origin made positive headlines. In January, U.S. Homeland Security Investigations (HSI) repatriated a painting by the Impressionist, Camille Pissarro, to France. HSI continued the trend with the return of several Mayan artifacts to the government of Guatemala in February and a range of cultural material to the government of Peru in July. Coincidentally, the Peabody Museum at Yale University prepared to complete the return of Inca artifacts of Machu Picchu in resolution to a century-old controversy.

But the second half of the year reflected a lower CQ.

In August, an article in Forbes, “China's $13 Billion Art Fraud—And What It Means For You,” cast suspicion on statistics of the global market breakdown and investigated the relationship between China's largest auction house, Poly Auctions, and the People's Liberation Army. In the fall, Western art collectors also came under fire. The renowned art-world writer Sarah Thornton published a scathing indictment titled, “Top 10 reasons NOT to write about the art market,” while Felix Salmon of Reuters bemoaned a money-dominated contemporary art world with “Occupy Art.”

As the year drew to a close, acquisitions and attitudes at Art Basel Miami Beach prompted art critics and journalists to echo Ms. Thornton's and Mr. Salmon's sentiments. Writing “Pop Goes the Art Bubble” in Newsweek, Blake Gopnik summed things up: “If a work doesn't end up mattering in the culture at large, someone, someday, will be left holding the bag.”

Perhaps without coincidence, appreciation for the world's cultural heritage deteriorated in 2012, as well. After the hammer came down on “The Scream,” Tuareg rebels declared independence in northern Mali and, a bit later, Ansar Dine targeted the mausoleums of Sufi Muslim saints in Timbuktu as part of a broader persecution for claimed violations of Sharia law. Civil war in Syria was particularly harmful to cultural heritage, such as the burning of the historic souk in Aleppo. In Egypt, Salafist leader Murgan Salem al-Gohary called for the destruction of the Giza pyramids and Sphinx.

Reaction to the travesties gradually rose to a boil. Even as critics attacked Art Basel Miami Beach, UNESCO Director General Irina Bokova took to the pages of The International Herald Tribune to assert: “We must start seeing cultural heritage as an international security issue.”

One solution would be to cultivate collectors' interest in considering the aesthetics of contemporary art while increasing their appreciation for cultural heritage. For example, collectors might benefit from insight into the cultural context that influences the creative process. To start, stakeholders in the contemporary art market and cultural heritage could work together in availing collectors of imagery of cultural symbols, such as antiquities and architecture, in a particular artist's environment.

Emerging technologies of the Semantic Web might be exploited to link contemporary artworks to imagery of cultural heritage. Such a system could enable collectors to gain perspective on an artist's inspiration while illustrating the value and broader significance of cultural heritage.

Artworks and monuments reflect cultural ideals, and our treatment of art reflects our capacity to grasp cultural development and even to realize advances in science. Overpaying for artworks in the hope of social advancement, or destroying priceless relics for ephemeral political effect, sets us back culturally—even technologically. By developing our CQ we will be better prepared to see past the short-term material value of art and appreciate the long-term benefit of cultural heritage.

Erik Nemeth directs CulturalSecurity.net. Formerly with the Getty Research Institute, in Los Angeles, he is a trustee of the Association for Research into Crimes against Art and an adjunct international- and security-policy analyst at the nonprofit, nonpartisan RAND Corporation.

This commentary originally appeared in Providence Journal on February 25, 2013. Commentary gives RAND researchers a platform to convey insights based on their professional expertise and often on their peer-reviewed research and analysis.