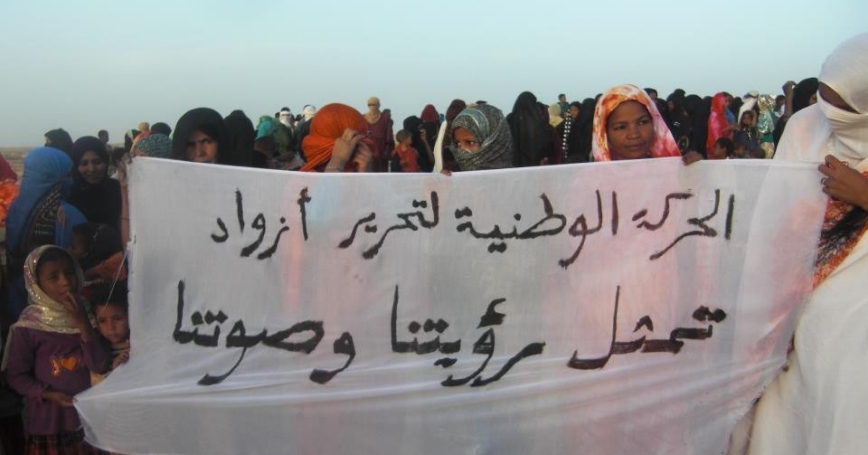 The casual observer can be excused for being confused after reading news headlines on al Qaeda over the past few weeks. On one hand, the organization is portrayed as coming back with a vengeance as the new jihadi hydra, with assertions that the group has become a far greater threat than the Obama administration admits. On the other hand, recent events have been described as the acts of a desperate and dying cause.

Both arguments have some merit, but the weight of evidence favors those who argue that al Qaeda has become a shadow of the organization that attacked the United States on 9/11. The attack last month by al Qaeda in the Islamic Maghreb on an isolated and vulnerable gas facility in Algeria, as brutal and shocking as it was, should not be confused with a resurgent threat to the United States, the resurrection of the al Qaeda of old, or progress toward bin Laden's vision of a Salafist Caliphate spanning the breadth of the Middle East. The swift march into Mali by a band of Islamist thugs demonstrates an efficient, opportunistic filling of a security vacuum more than an increase in jihadist power or influence.

This does not mean the actions of these terrorists, thugs, and criminals in North Africa should be ignored. Al Qaeda in the Islamic Maghreb certainly threatens the local and largely unprotected populations in Northern Africa, their assistance makes more potent other local militant organizations like Boko Haram in Nigeria, and the group adds to the volatile mix of weaponry and instability in Libya. But they are not the harbinger of the next big terrorist threat to the United States. The course of United States policy needs to be calibrated appropriately.

If we look carefully and objectively at the evolution of the al Qaeda brand over the past 12 years, what is clear is a pattern of al Qaeda (or some quasi-organized group acting in its name) pushing into a vacuum, overplaying its hand, and retreating back into the bush when it meets resistance. In Iraq, in Yemen, in Somalia, and now in Algeria, al Qaeda wannabes and copycats, even those truly committed to bin Laden's global jihad, have repeatedly made the same mistakes and have sown the seeds of their own eventual destruction.

The mistakes seem pretty clear. A toxic mix of random, brutal, and senseless violence, with an oppressive, suffocating, and foreign-imposed governing style have quickly turned even initially enthusiastic populations into enemies of the jihad. In Iraq, the Sunni minority initially embraced al Qaeda's assistance in resisting the West, but turned away from the group after its methods and its goals became clear. Al Shabaab's unconscionable refusal of United Nations famine relief, its egotistical infighting, and its focus away from serving Somalis toward making a profit, turned the residents of Mogadishu from welcoming Shabaab to assisting the African Union forces to free the city. And most recently, the roaring applause of the residents of Timbuktu welcoming France's president shows how very unwelcome is the kind of governance that comes with al Qaeda's local control.

Progress is being made toward dismantling this loathsome enemy, but the United States cannot take its eyes off the target yet. Key leaders and operatives have been taken off of the battlefield. It has become more difficult for many al Qaeda aspirants to train, recruit, raise funds, and ultimately to attack. The threat of terrorist attacks against the United States has certainly diminished. Constant pressure by the United States and its allies for more than a decade has allowed for some optimism, not a trait commonly associated with intelligence analysts or counterterrorism operators.

Those who argue that al Qaeda's long-term viability is at risk are right. A striking combination of cruelty on its part and persistence by its foes is a recipe for al Qaeda's ultimate demise. The group's greatest vulnerability is its overconfidence: Its record of meeting a determined and skilled foe, whether coalition forces in Afghanistan, Pakistan, and Iraq, Yemenis in Yemen, Africans in Somalia, and now the French in Mali, is a losing one. Al Qaeda's ability to withstand determined military force is minimal.

While claims that al Qaeda is roaring back to life should be met with some skepticism, the organization and its offshoots are still dangerous and continue to pose a residual threat. Have no doubt that the followers of Anwar al-Awlaki in Yemen are still targeting the West, and with the package plots and the underwear bomber they have proved their creativity and skill. And al Qaeda in many forms has proven its ability to endure seemingly devastating losses. Whether in Pakistan after evacuating Afghanistan or its current foray into Syria from its base in Iraq, al Qaeda remains a force to be reckoned with.

Al Qaeda's message has steadily lost resonance, but as long as it takes root among even a tiny minority of potential recruits, it is premature to declare victory. With skill and persistence, a balanced appreciation for the threats that exist, and an enemy that continually shoots itself in the foot, the United States and its allies continue to make steady progress. Al Qaeda's operational capabilities are diminished, yet just one suicide bomber taking down an aircraft full of innocents would change that narrative abruptly. Public resilience in the face of this diminished threat will be an important factor in ultimately defeating this enemy.

This commentary originally appeared on U.S. News & World Report on February 25, 2013. Commentary gives RAND researchers a platform to convey insights based on their professional expertise and often on their peer-reviewed research and analysis.