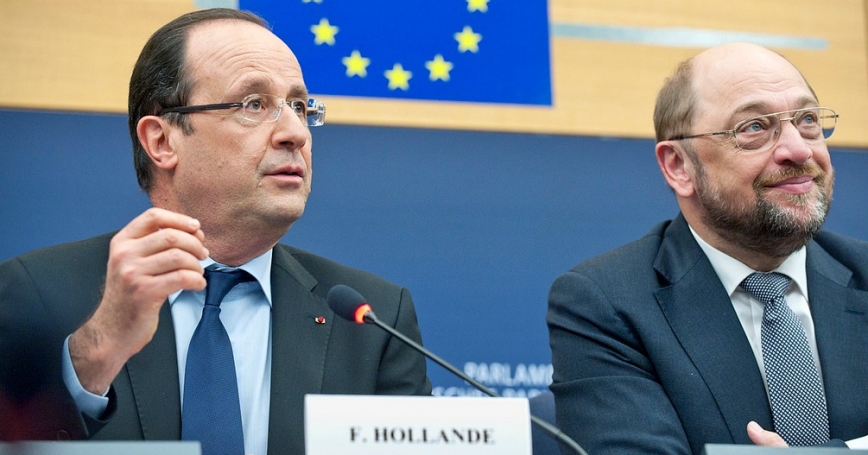 French president François Hollande talked about the intervention in Mali during the discussion with MEPs on Feb. 5

Much of Africa north of the equator continues to be violent and potentially explosive. The showers of the Arab Spring have not produced an attractive crop of leaders, let alone a harvest of democracy. Anarchy, banditry, and terrorism by Al Qaeda affiliates and wannabes, exhibited in Algerian gas fields and Mali, may develop into more than a lethal nuisance.

With the United States an increasingly reluctant world policeman as it reconsiders, reduces, and realigns its strategic commitments, European countries—especially the United Kingdom and France, given Germany's retreat from military participation—will have to bear principal responsibility for dealing with African security issues. Fortunately, European powers have clearly shown some willingness to do so, demonstrated by their intervention in Libya and Mali.

This is appropriate, because, even as the US retains a strong interest in and responsibility for Northeast Africa (owing to the region's relationship to the Middle East), Europe is more directly affected by events in the rest of Africa than is the US. Europe depends on energy imports from the Maghreb, and its geographic proximity and past colonial relationships make it a destination, not always welcoming, of African immigration. The same factors also make Europe more vulnerable to terrorist activities originating in Africa.

Britain and France (with Italian and other assistance) needed US combat support in Libya; France has now requested and used it in Mali. But the US is allocating more of its resources to the Asia-Pacific region, which means that European powers, acting under an appropriate umbrella, need to take the lead and provide the primary forces for military combat operations in Africa.

The US should play a supporting role, but which organization should take the lead? One possibility might be the EU Common Security and Defense Policy. But the battalion-size (1,500 troops) EU Battlegroups committed to it by various European countries are oriented principally toward humanitarian relief and peacekeeping. The proposed 60,000-member EU Rapid Reaction Force, which could have a real peacemaking (combat) role, remains an idea on paper only. In practice, even the Battlegroups would probably require NATO (in effect, US) support.

Indeed, whatever the role of bilateral cooperation, the only supranational organization capable of sustained combat operations is NATO. That umbrella can provide a basis for US support behind European leadership, as it did in Libya. US support in Africa likely would take the form of airlift, logistics, in-air refueling, intelligence, command and control communications, and surveillance (including use of satellites and drones). These assets are much thinner in European militaries.

That said, these high-use but low-availability US assets remain under severe strain, especially in Afghanistan, the Middle East, and the Persian Gulf. So any arrangement with European countries (presumably France and the UK) that are prepared to take the lead in Africa should include a commitment on their part to increase acquisition of this equipment.

The US is reducing defense spending and drawing down its ground forces in Afghanistan, and will likely avoid substantial commitments of military forces in Africa. The subsidiary nature of the US combat-support role in Africa dictates that the US forego predominance in political and military decision-making concerning alliance operations, relinquishing out-front leadership in Africa (apart from the northeastern part of the continent). Yet, because US support capabilities would be vital to the nature and scale of some operations, in practice the US would have a major voice when it did participate. The allied military operation in Libya was a reasonably good example of this model.

A successful partnership within Europe, as well as between Europe and the US, to overcome extremism and terrorism in North and North Central Africa could provide allies with a sense of common purpose and a model of unified effort. Europe needs to take the lead, as it did in Mali and Libya. Then Europe should turn over non-combat peacekeeping to existing African security organizations and address the longer-term task of post-intervention nation-building.

Harold Brown, US Secretary of Defense under President Jimmy Carter, is author of Star Spangled Security: Applying Lessons Learned Over Six Decades Safeguarding America. He sits on the Defense Policy Board of the US Department of Defense, is Trustee Emeritus of the RAND Corporation, and a trustee of the Center for Strategic and International Studies.