In Brief: Jordan R. Fischbach on Adapting to Climate Change on the Coast 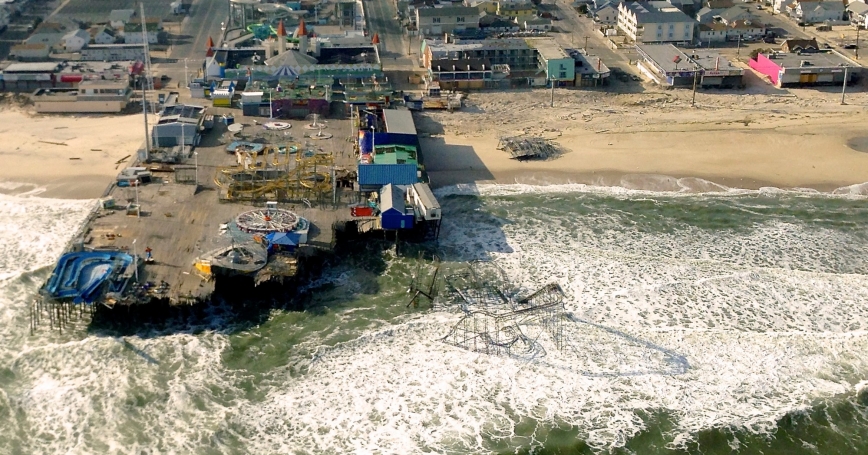 A pier devastated by Hurricane Sandy in New Jersey

What can be done to reduce the chances of widespread disaster when the next Superstorm Sandy hits? Sandy is estimated to have caused upwards of $50 billion in property damage to the mid-Atlantic states, in addition to loss of life and massive disruption to infrastructure systems in New York, New Jersey, and Connecticut.

Sandy is only the most recent example of the massive damage and disruption caused by storms to coastal areas, however, and these consequences will grow worse as coastal populations continue to grow and sea levels rise. The increasing risks have caused policymakers to rethink how to plan for the coasts: rather than provide assistance only after the event, how can policymakers invest proactively to become more resilient and reduce the potential negative effects of coastal storms?

“Thinking about prioritizing investments on the coast overall, many of these tools will apply on a nation-wide scale. But we do think that a lot of the science-based tools and approaches as well as this planning framework are completely suitable for regional planning purposes in areas like the mid-Atlantic coastal states after Superstorm Sandy.”