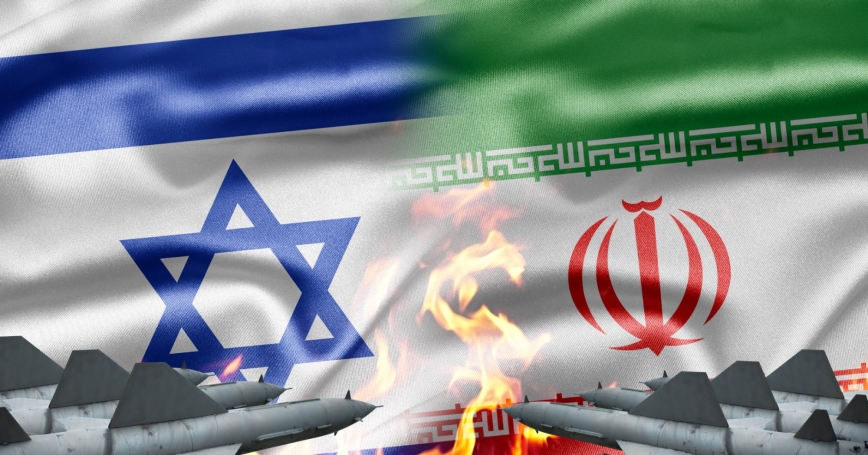 Negotiations on the Iranian nuclear program are set to re-start in February, but Iran's previous foot dragging in agreeing to a time and venue for the negotiations has been vexing for U.S. and allied diplomats. Iranian behavior is particularly puzzling given the urgency of resolving the nuclear crisis peacefully and alleviating pressure on an increasingly vulnerable Iranian economy. What is Tehran thinking?

Some analysts have suggested that Tehran is divided internally and cannot make a decision. This is unlikely. Supreme Leader Ayatollah Ali Khamenei has consolidated power since the 2009 presidential election and makes decisions for the entire country. If Khamenei wants negotiations to proceed, then Iran's negotiators will respond accordingly. Rather, Khamenei is hesitant to engage the P5+1 (the United States, United Kingdom, France, Russia, China, and Germany) due to his ideological distrust of the United States. Specifically, he may view the P5+1 offer for Iran to stop uranium enrichment to 20 percent, ship out its highly enriched uranium, and close down the underground Fordo facility in return for a consideration of 4 sanctions relief as not only a trap but also a prelude to defeat for himself and his regime. Khamenei may be reluctant to make a deal, but mounting pressures from a broad section of the political elite and Iranian society may ultimately force his hand and even loosen his grip on power.

The gridlock in negotiations between the P5+1 and Iran is a problem of sequencing. The P5+1 wants Iran to make the first move in order to build confidence, while Tehran is anxious for the P5+1 to recognize Iran's right to enrichment and to lift sanctions before Iran takes any action. Tehran may be more willing to ship out its 20 percent enriched uranium than to give up its Fordo nuclear facility entirely. Fordo is viewed by Tehran as one of its greatest sources of leverage, especially because it is buried deep beneath a mountain and is less vulnerable to Israeli and possibly U.S. air strikes (although the United States has the military means to do much greater damage to Fordo).

Nevertheless, there is a much larger issue at stake: the historical and ideological rivalry between the United States and the Iranian regime. For the Islamic Republic, the nuclear program is a strategic card in its ongoing battle with America. And although the United States may claim it has no agenda other than solving the nuclear crisis, there is a great deal of hostility toward the Islamic Republic among influential American political constituencies. This is not surprising, given the Iranian regime's history of supporting terrorism, its hostility toward Israel, and its widespread human rights abuses. Among the Iranian elite, there is deep resentment toward the United States for its support of the Shah and of Saddam Hussein during the Iran-Iraq War. Hence, the nuclear crisis is not just about Iran's pursuit of a potential nuclear weapon capability. Rather, it is a bitter struggle over the future of Iranian, Israeli, and U.S. power in the Middle East.

Can such obstacles be overcome? Yes, but only to the extent that the goals are limited to a diplomatic solution that is just enough to avert a costly military conflict over the nuclear program. The other issues will not go away as long as the Islamic Republic rules Iran. Regardless, although Khamenei may be reluctant to make a deal, mounting pressure may leave him little choice but to be more flexible.

Although he is Iran's most powerful leader, Khamenei is nevertheless surrounded by rivals and enemies at home. The reformists who so brazenly challenged his regime in 2009 have been effectively pushed out from the corridors of power. But this does not mean they are inactive. The reformists want to contest the June 2013 presidential election, which they claim should be “fair and free.” (Khamenei has stated that the words “free election” are code for “sedition.”) More moderate conservatives, such as Ayatollah Hashemi Rafsanjani, are also keen to protect their interests and contain, or perhaps even reverse, Khamenei's quest for absolute power. Both reformists and the Rafsanjani camp are anxious about Iran's growing international isolation and its declining economy.

Followers of President Mahmoud Ahmadinejad also view the presidential election with deep concern. Ahmadinejad, who cannot run for the presidency again, has been politically marginalized and worries that his allies will not be able compete in the election. Recently, the powerful Guardian Council diluted the Interior Ministry's authority to supervise the election. The Guardian Council is largely against Ahmadinejad, whereas the Interior Ministry is 5 controlled by his allies. The Ahmadinejad camp's total political isolation may embolden it to challenge Khamenei even more publicly—and even criticize his nuclear policy.

More importantly, Khamenei may come under greater pressure from his own conservative camp, especially the Revolutionary Guards. Khamenei's conservative supporters are his most important constituency. He may be able to ignore the reformists, the Rafsanjani conservatives, and the pro-Ahmadinejad elite, but he has to keep the Revolutionary Guards and the merchant class happy. To date, neither appears to have publicly criticized him over Iran's nuclear policy. Khamenei's key foreign policy advisor, former Foreign Minister Ali Akbar Velayati, has resolutely declared that there is “complete agreement on the nuclear program” within the Islamic Republic.

It is true that some hardline Guards and conservatives may be wedded to Khamenei's policy of resistance against the United States, but many also value money, luxury, and power. This group may become more critical of Khamenei as sanctions take their toll. For example, Habibollah Asgaroladi, a key conservative figure and one of Iran's richest men, recently criticized the house arrest of reformist leaders Mir Hossein Mousavi and Mehdi Karroubi. Mousavi, in particular, is considered to have been an effective manager as Iran's former (and last) prime minister, steering the country through its economic crisis during its war with Iraq. Asgaroladi may recognize that Iran needs such guidance once again.

Finally, the Iranian people are becoming restless, as evidenced by recent demonstration in Tehran's bazaar and numerous labor demonstrations throughout the country. The Iranian economy is in much worse shape than the Islamic Republic admits. The effect of sanctions has not been limited to the energy sector; other important export industries such as auto manufacturing, petrochemicals, and even Persian rug making have suffered. There have been reports of many factories shutting down and hundreds of thousands of workers losing their jobs. A Revolutionary Guards officer recently predicted that the next popular uprising will start in the provinces and smaller towns due to declining living conditions. The Iranian people may not be involved in the nuclear negotiations, but they are unlikely to stand idly by and see their once proud, productive, and ancient nation come to total ruin.

Khamenei may very well lose face in future negotiations, but a characteristic of a sensible leader is a willingness to accept some defeats along with the victories. After all, it is the Islamic Republic that is in violation of the Treaty on the Non-Proliferation of Nuclear Weapons, and it must prove to the world that its activities are peaceful in nature. Khamenei's mounting pressures may compel him to be more flexible on the nuclear program. Otherwise, he will face greater sanctions, more internal political opposition, and, possibly, the wrath of his own people.

This commentary is part of the Woodrow Wilson International Center for Scholars' February 2013 Viewpoints issue no. 21, “The Nuclear Issue: Why is Iran Negotiating?”