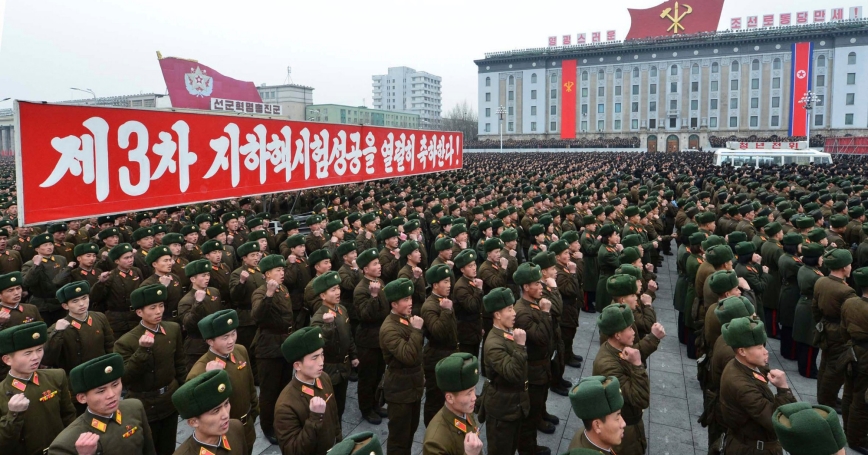 Key aspects of North Korea's third nuclear weapon test, carried out on Tuesday, remain unknown. We do not know whether it was a test of a plutonium or highly enriched uranium weapon, though many experts suspect the latter. We also do not know whether this weapon was a primitive design or miniaturized to fit on a ballistic missile (though North Korea has claimed the latter). Given the relative seismic readings, this test likely had about 2.5 times the weapon yield of North Korea's second test, which according to Dr. Sieg Hecker of Stanford was in the range of 2 to 7 kilotons, putting this test at about 5 to 18 kilotons.

While small in nuclear weapon terms, such a yield could still cause immense damage if detonated in a South Korean, Japanese, or U.S. city, or even in a Chinese city. This is one of the reasons why the regional countries have responded so strongly, and why a UN Security Council Resolution against North Korea should be forthcoming. In addition, China had previously threatened to reduce its assistance to North Korea if it did conduct a nuclear test.

So why did North Korea test a third nuclear weapon? Many experts have pointed to North Korea's desires to refine its nuclear weapons designs and make sure they work. But such desires are primarily important if North Korea plans someday to actually employ its nuclear weapons. Otherwise, why pay the cost of sanctions and lost Chinese aid? And why has China been so reluctant to pressure North Korea after its missile test in December and previously?

The most obvious answer is that the North Korean regime is weak, not strong: There must be more instability in North Korea than experts are currently recognizing. The North Korean leadership culture requires the appearance of empowerment, and what besides missiles and nuclear weapons does the North Korean regime have that suggests they are empowered? Kim Jong-Un reinforced this depiction by claiming that the December satellite launch was “the greatest achievement of his brief tenure.” Moreover, China likely worries that if it acts too strongly against North Korea, it could cause the fragile regime to fail. If China does not reduce its aid to North Korea, does that mean that China is really worried about North Korean instability?

There are many areas in which the North Korean regime is weak. Defectors have talked about the expectations among North Koreans that Kim Jong-Un would introduce serious economic reforms to bring the country out of its economic failure, but reforms have not really happened. The food situation did not worsen in 2012, nor did it improve. People in North Korea still appear to be starving to death. Meanwhile, Kim Jong-Un has strengthened border security to prevent defections, seriously restricting an important escape valve. And he has carried out aggressive purges throughout the North Korean leadership, especially among the military. He has also taken away many aspects of the military's power. These conditions appear to be ripe for instability.

The North Korean regime has threatened to retaliate against any sanctions or other “hostile actions” taken to punish it. It is loath to appear weak by just accepting the Security Council sanctions. The ROK and the United States should take actions to deter subsequent North Korean provocations while punishing the country for its nuclear weapon test. Such actions could convince it that the ROK/U.S. are serious and able to impose high costs (something North Korea has had good reason to question in the past).

For example, President Obama and ROK President Lee could both announce that the North Korean regime conducted this test not because it is strong, but because it is weak and worried about internal instability, and thus prepared to act against multiple Security Council resolutions. They could assert that the regime must worry about the risk of government collapse.

These conditions in the North give the U.S. and its allies little choice but to prepare for a collapse, whenever it may happen. One thing the ROK and the United States could do: Prepare ROK and U.S. Marines to deliver humanitarian aid to North Korea, such as in ports or across the beaches from amphibious ships. Then they would be more ready to help if and when a North Korean collapse occurs.

All of these points could be broadcast into North Korea. At least some of the North Korean elites listen to external news. These points clearly contradict regime propaganda, and thus would impose a political cost on the regime. For example, if the ROK and U.S. are preparing to deliver humanitarian aid in the North, how can they really be enemies to the North Korean people?

The United States and the ROK should also consider developing threats against further North Korean provocations. For example, they could threaten to publicize the large Kim family fortune (reportedly $4 billion) hidden in foreign banks and how much food that could buy for the North Korean people. And they could threaten to publicize the misbehavior of the children of senior North Korean leaders, including criminal activities and drug use.

This information would hurt Kim Jong-Un as it reaches elites and common people in North Korea. But much more would need to be done to truly deter the North Korean regime, to convince it that it will pay a higher cost than any benefits it could gain from further provocations.

A deterrent strategy could well hinge on making it clear to the people of North Korea and the world that the goal of Pyongyang's defiant nuclear weapons program is to portray itself as strong and stable, when, in fact, the opposite may be true.