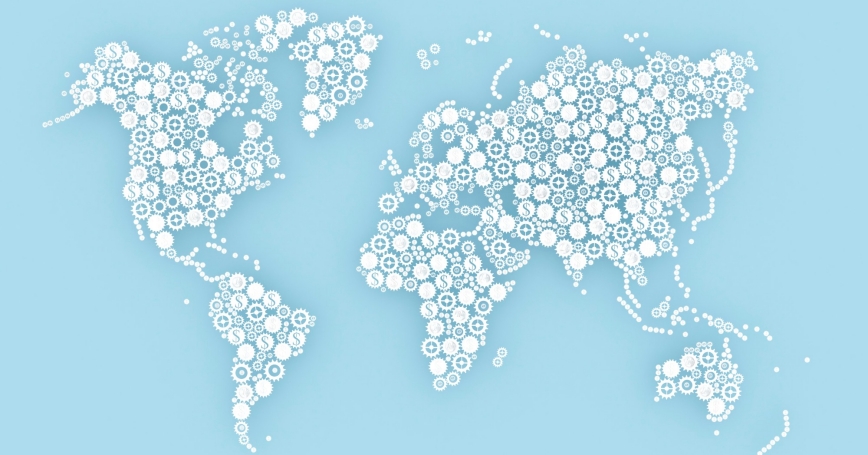 Is the time really ripe for a free trade treaty (TAFTA) between the US and Europe? This question is examined by Charles Ries, an expert on the subject of free trade — he was part of the negotiating team that agreed the North American Free Trade Association. A TAFTA would liberate small and medium size businesses from a painful cost burden, writes the former US ambassador to Greece in a guest editorial for International Trade News.

The United States and the European Union are on the verge of beginning work on a Trans-Atlantic Free Trade Agreement (TAFTA). It would be aimed at eliminating tariff barriers and quantitative restrictions between the U.S. and the EU. Such an agreement might also involve services, investment and regulatory obligations, though a deal with all of those elements would be hard to achieve. Influential business groups and political leaders have been advocating the initiation of TAFTA talks for months. Persistent economic weaknesses on both sides of the Atlantic help make the case for trade liberalization. Op-eds by influential columnists and former officials reinforce the sense that this time, the negotiations may happen.

In a November 29 speech, 2012, Secretary of State Clinton said: “We are discussing possible negotiations with the European Union for a comprehensive agreement that would increase trade and spur growth on both sides of the Atlantic. We have more work to do, including addressing longstanding barriers to trade and market access. But if we work at it and if we get this right, an agreement that opens markets and liberalizes trade would shore up our global competitiveness for the next century, creating jobs and generating hundreds of billions of dollars for our economies.”

The idea, of course, has been considered before. In 1995, there was serious advocacy of a “TAFTA” from many prominent figures on both sides of the Atlantic. German and British foreign ministers, the AFL-CIO’s Lane Kirkland, various business groups, and others recommended that the U.S. and the EU complement the then just-completed NAFTA and Uruguay Round with a TAFTA. It didn’t happen then because trade officials were worried about the potential impact on the new World Trade Organization, and leaders were worried about the feasibility of taking on the politically-thorny issues of agriculture, subsidies, and regulatory practices.

Businesses, especially European and American small and medium sized enterprises (SMEs), have suffered the consequences. While more than $600 billion in goods and services are traded between the U.S. and the EU each year, tariffs are collected averaging 4% to 7% of the value of goods traded. Such tariffs are a largely a deadweight cost for businesses, and in all total more than $20 billion a year. Large multinational firms manufacture in both the U.S. and Europe. Smaller firms have fewer options for serving the large potential markets on the other side of the Atlantic and so are more exposed to the tariffs. Accordingly, such SMEs would disproportionately benefit from a TAFTA.

Some have argued that regulatory barriers are more economically important than tariffs. They are right. But since 2007 the U.S. and the EU have tried a variety of different techniques (bilateral ministerial councils, WTO cases, regulators’ cooperative mechanisms) without noteworthy success. Regulatory convergence is important, but is more likely to happen within a free trade agreement context than outside it.

Some worry that a preferential agreement between the two largest global markets would affect the prospects for new multilateral trade agreements in the WTO. But in the 17 years since a TAFTA was first bruited, little progress has been made on the multilateral negotiating front anyway. Others note that a U.S.-EU agreement would discriminate against non-participants. But the U.S. has 23 FTAs in force, and the EU has even more preferential trade agreements of varying forms (including one with Mexico and one under negotiation with Canada). It sometimes seems as if the U.S. and the EU are “least favoured nation” trading partners.

In the U.S., trade liberalization has been politically controversial. Labor and environmental interest groups have been skeptical of free trade agreements because of purported weaker labor protections and environmental standards applied in the agreement partner nations (similar concerns were raised in the U.S. debate over the NAFTA with Mexico 20 years ago). Neither of these concerns would be likely to apply to an agreement with the European Union. In fact, the U.S. might find itself (uncomfortably) accused of having the less demanding standards in such areas as genetically modified foods. Most likely such issues would be resolved by reference to existing WTO principles on the use of scientific evidence in rule-making, rather than any new substantive standards.

What about agriculture more broadly? Some U.S. and European commodities are heavily protected, and the two areas have differing cultural approaches to farming, labeling, and intellectual property. These would pose thorny issues for any agreement. But a recent analysis for the German Marshall Fund pointed out that changing attitudes and interests, budgetary pressures, and long tariff phase-out periods could help bridge the gaps and make a TAFTA feasible.

The sooner the better

Modeling the economic impact of a potential TAFTA is speculative and depends importantly on assumptions. But there is little doubt it would be positive and the small enterprises would benefit greatly. The debate is only about how quickly effects would be felt and how big it would be. So the sooner the negotiations start, the better.

Charles Ries is vice president, international, at the nonprofit, nonpartisan RAND Corporation. He is a former U.S. Ambassador to Greece and was a member of the NAFTA negotiating team.

This commentary originally appeared in International Trade News on January 28, 2013. Commentary gives RAND researchers a platform to convey insights based on their professional expertise and often on their peer-reviewed research and analysis.