The Environmental Costs of Emissions from Shale Gas Extraction 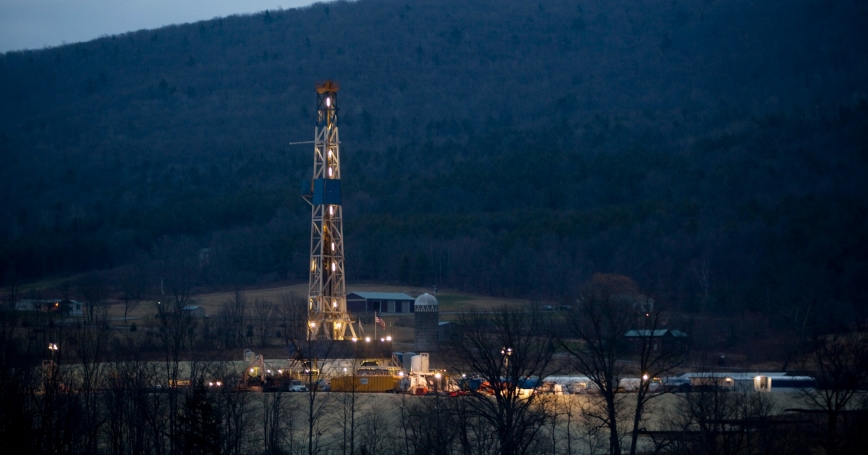 A natural gas well is drilled near Canton, in Bradford County, Pennsylvania, January 8, 2012

On January 31, RAND published a paper in Environmental Research Letters estimating the total monetary costs—often referred to as “damages” in environmental health and regulatory considerations—caused by air pollution emissions from shale gas extraction in Pennsylvania. This process of removing natural gas from shale is popularly referred to as “fracking.”

The RAND study estimated these damages from conventional air emissions from extraction activities to range between $7.2 and $32 million dollars. This is small compared to the $75 million in estimated annual damages produced by the state's single largest coal-fired power plant in 2008. In both estimates, the bulk of the damages were related to health impacts—such as increased incidences of asthma, hospitalization, and premature death that can result from breathing these pollutants—but it also accounts for damages to agriculture and infrastructure. This analysis looked only at the effects of air, not water, pollution.

While the study found that emissions from shale gas extraction make up just a small percentage of the Pennsylvania total, these damages may be of particular concern in counties and regions where shale gas extraction is concentrated. In those locations, the sum total of net emissions increases may be equivalent to adding a major new source of pollution even though individual sources of emissions are likely to be regulated as minor sources.

On the same day that the RAND paper was published, the Pennsylvania Department of Environment Protection (PA DEP) issued a proposal for tougher new emissions standards for a general permit, called a GP-5, for natural gas-fired engines and other equipment at compressor stations, facilities which are needed to get natural gas moving through pipelines. These new permit rules would impose emissions limits that are 75 to 90 percent stricter than the existing limits on emissions from compressor station engines. These new standards have been proposed specifically to address the emerging shale-gas extraction industry in the state.

On February 12, 2013, PA DEP released its own statewide inventory of emissions from unconventional shale gas extraction operations, figures which were not available at the time the RAND analysis was completed. The RAND study and state DEP figures differ mainly in their estimation of these compressor station emissions. The DEP counted the 150 compressor stations actually operating in the state at the time of the 2011 inventory, while the RAND study assumed 200 compressor stations. Additionally, RAND assumed operation of compressor stations up to the full permitted level, whereas PA DEP reflected only the capacity that had come online as of the time of the 2011 reporting cutoff. As shale gas extraction increases, more of this permitted capacity is expected to be built. However, assuming the new permit standards are adopted as proposed, the emissions intensity of any new facilities will be lower.

Going forward, further study, including primary data collection in regions where extraction is occurring, will be important to track the magnitude of emissions and to insure that the DEP's permit requirements are adequate to protect human health and the environment.