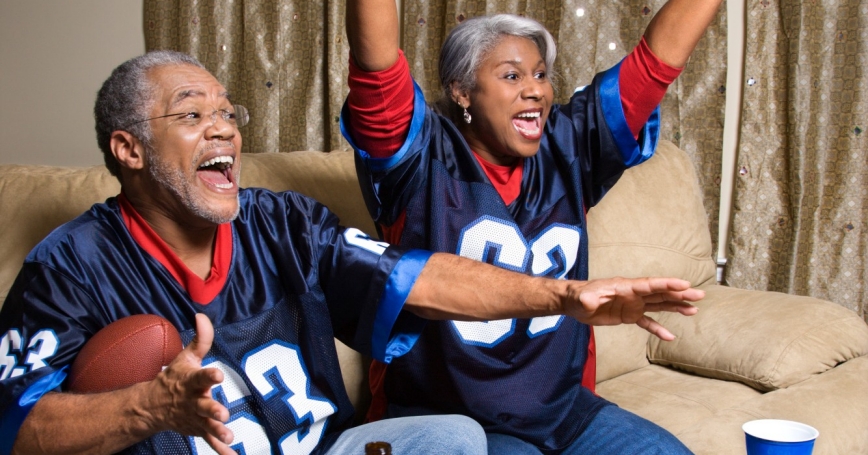 The Super Bowl is the promised land for advertising agencies. More than 100 million engaged consumers, even those otherwise uninterested in football, will turn on their TVs Sunday night and watch the commercials and halftime extravaganza.

This year, Beyoncé Knowles-Carter will headline the halftime show as part of a $50 million contract with PepsiCo's Live for Now Campaign. The campaign's most prominent image—scheduled to appear life-size in stores this year—Beyoncé in a scant Pepsi-blue outfit, pushing a shopping cart filled with 12-packs of full-calorie Pepsi. While the public health community was outraged by Beyoncé's deal with Pepsi, American consumers didn't seem to mind. In fact, so many celebrities have done similar endorsements that, as the Atlantic's health editor notes, it would take "a lot of cultural unwinding" for soda endorsements to be frowned upon by the general public.

But should we be so blasé?

A substantial body of research has emerged linking the consumption of sugar-sweetened beverages, even in moderate amounts, to obesity-related health conditions. For instance, people who consume just one or two sugar-sweetened drinks a day have a 26 percent greater risk of developing type 2 diabetes than people who rarely drink these beverages. Men who average one sweetened beverage a day have a 20 percent higher risk of having a heart attack than men who rarely consume them.

As a result of these and other obesity-related conditions, life expectancy at birth may decrease in the United States for the first time since before the Civil War. These negative health consequences bear a financial burden: Obesity costs the U.S. an estimated $190 billion annually in health care expenditures.

Here's one of the most shocking findings: The health risks of obesity are actually worse than those of smoking.

As public health experts and advocates have been pointing out for years, obesity and tobacco use share many similarities. Both lead to devastating health consequences, gobbling up health care dollars in the process. Soda and cigarettes are associated with powerful industries with multi-million dollar marketing campaigns. And both soda and tobacco are used disproportionately by the poor.

Federal, state, and local governments have responded to tobacco and soda with similar measures.

In 1964, the U.S. surgeon general released a report on the health risks associated with smoking; 37 years later, the surgeon general did the same with obesity. In the 1990s, governing bodies across the country limited the sale of tobacco products in vending machines. More recently, school districts have forbidden schools to sell sugar-sweetened beverages in vending machines, and local governments are banning sales or marketing of soda on city property.

But the legislative and regulatory efforts have gone much further with tobacco. In 1965 Congress required that warning labels be displayed on all cigarette packages, and in 1971 cigarette advertising was banned from radio or television. States and the federal government regularly raise excise taxes on cigarettes, and more than half of all states ban smoking in public places.

Game-changing policy interventions like these have had a significant effect on smoking behavior. Smoking rates have dropped by nearly 50 percent since 1964, and lung cancer prevalence is steadily declining. And most Americans would undoubtedly take note if the packs of Pepsi in Beyoncé's shopping cart were swapped for packs of cigarettes or a tobacco company sponsored the halftime show.

To be sure, tobacco regulation has a three-decade head start on soda. But a myriad of promising interventions have been identified for decreasing soda consumption, particularly among children.

Experts have advocated for banning mass-media advertising and limiting the marketing of obesity-promoting foods; imposing a tax on sugary drinks; and putting simple labels on packaged foods, including soda, to show nutritional value in a form that consumers can easily understand (e.g., displaying "high sugar" on the front of the package).

Public opinion is one key trigger that can advance action. Today's public does not recognize the public health danger associated with sugar-sweetened soda. But with the advance of public awareness, it is possible that images of Beyoncé with the Pepsi logo painted on her lips might be reserved for history books.

Kristin Van Busum, MPA is a project associate and Lauren Hunter, MPH is a research assistant at the nonprofit, nonpartisan RAND Corporation.

This commentary originally appeared on The Huffington Post on February 1, 2013. Commentary gives RAND researchers a platform to convey insights based on their professional expertise and often on their peer-reviewed research and analysis.