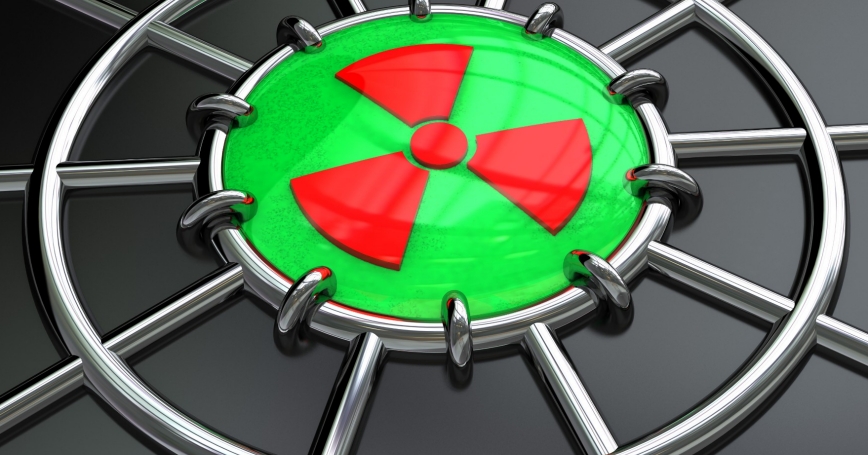 Reports that Syrian President Bashar al-Assad's government may be preparing chemical weapons for deployment, presumably against its citizens or neighbors, have triggered alarm bells worldwide, and thrust Syria's civil war into a new, more dangerous phase. But there is significant diplomatic potential in this development, which global leaders have barely begun to realize.

To be sure, reports that Syria's air force could deploy the prepared munitions within two hours of receiving the order may amount to little more than a bluff designed to deter Western support for rebel groups. But the possibility that Assad's increasingly desperate regime would deploy chemical weapons—as Saddam Hussein's government did against Iranian troops and civilians, as well as Iraqi Kurds, during the Iran-Iraq War—cannot be discounted.

Last August, US President Barack Obama warned Syria's government that any move toward chemical-weapon deployment would cross a “red line,” giving the conflict a broader strategic dimension and, in turn, increasing the likelihood that the United States would intervene. This public warning was reinforced with an intensive behind-the-scenes diplomatic effort to send Assad's government a strong signal that chemical-weapon deployment could not be ignored by Arab countries or global powers, including China and Russia.

But the situation remains highly volatile. American policy toward Syria should now be guided by the specific objective of preventing the deployment of chemical weapons in and around Syria. The Obama administration should capitalize on recent international coordination, taking the lead in organizing an international coalition devoted to containing Syria's chemical-weapons arsenal. Coalition partners should include key NATO allies, such as the United Kingdom, France, Italy, and, most important, Turkey, as well as regional partners like Jordan, Qatar, Saudi Arabia, and possibly Egypt.

The coalition should undertake contingency planning to secure Syria's stock of chemical weapons after the collapse of Assad's regime, and prevent any further chemical-weapon deployment. A second, broader objective should be to ensure a stable post-Assad transition that provides firm safeguards against the proliferation of Syria's extensive chemical-weapons arsenal.

While recent developments raise the risk that the crisis could escalate, they also present an opportunity to enhance US-Russia cooperation, and give the “reset” of bilateral relations strategic substance and concrete impetus. The two countries' collaborative response to the latest threat demonstrates that, with respect to chemical weapons, American and Russian strategic interests are closely aligned. A chaotic post-Assad transition in which chemical weapons end up in the hands of Islamist extremists—or, worse, a radical Salafist takeover of the country—would threaten both countries, giving them a powerful incentive to strengthen their cooperate.

The internal political dynamics of the Syrian crisis reinforce this incentive. Although Russian officials continue to express support for a negotiated solution, rather than the regime's overthrow (which they claim would not end the violence), it is increasingly clear that they recognize that Assad's downfall is only a matter of time.

The Obama administration should seize this opportunity to engage Russia in its efforts to find a solution to the Syrian crisis. The details and modalities of Russia's role would need to be coordinated carefully with other coalition members, given that Russia will be particularly sensitive to the perception that it is joining an “American” operation. But, given recent military progress by Syria's increasingly coordinated and well-armed insurgency, which has the backing of Arab and Western countries, Russia might well conclude that becoming a key player in the Syrian endgame better serves its broader strategic interests.

In particular, such a change in approach would help to restore Russia's image in the Arab world, which has been badly tarnished by its support for Assad. Russia would also be able to influence the outcome of the post-Assad transition, enhancing its influence in Syria and across the Middle East. Indeed, Russia could be offered a leading role in a “Syrian Contact Group,” which would be responsible for international oversight of the transition process.

In short, the Syrian government's latest threat against its citizens and neighbors could be a catalyst for international action aimed at ending the conflict and ensuring the emergence of a stable post-Assad regime. Making Russia a key player in the solution, instead of part of the problem, could benefit all sides, and establish a precedent for cooperation on other global issues.