What Is Iran's Strategy at New Talks? 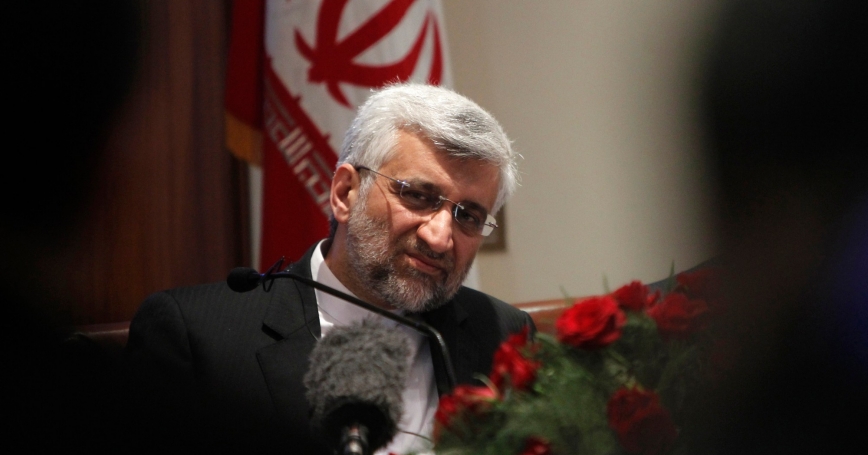 What is Iran's strategy on diplomacy today—now that a fourth round of talks is scheduled in Kazakhstan on February 26?

Iran is still willing to give diplomacy a chance after a seven-month hiatus, as demonstrated by the announcement of new talks. But Tehran wants the P5+1 to make the first move. The regime is inherently distrustful of negotiations, which explains its hesitation to engage in talks. The leadership appears to think Iran will not receive a fair deal—no matter what it does. This distrust is rooted in the Islamic Republic's historic view of the United States.

Tehran also has major issues with the proposal of Britain, China, France, Germany, Russia and the United States—the so-called P5+1. The six world powers want a gesture from Tehran demonstrating its commitment to a diplomatic solution before considering sanctions relief. That could include suspending uranium enrichment to 20 percent at Fordo, its underground nuclear facility or shipping out its current stockpile of 20 percent enriched uranium. The P5+1 has also asked Iran to shut down Fordo.

What are Tehran's goals? On what issues might it compromise?

Iran wants sanctions relief and international recognition of its right to enrich uranium. The P5+1 is highly unlikely to grant those demands up front. Tehran may be willing to stop enrichment of uranium to 20 percent. But this attitude change would take time.

How is Iran gaming diplomacy?

Iran may have been stalling on negotiations to get the best deal possible. Tehran may prefer to walk away without a deal rather than sign an unfavorable one. The regime is increasing its leverage in the meantime.

In January, the Islamic Republic upped the ante by announcing plans to install advanced IR-2 centrifuges at the Natanz nuclear facility, which could enrich uranium three to four times faster than the IR-1. Iran had been working on the centrifuges for years, so the move was not a total surprise. But the timing was important.

How does Iran's strategy differ from the U.S. strategy in negotiations?

Both sides are using the same negotiating tactics—start with big demands and then possibly make concessions. There is still room for negotiations, given the mutual desire to avoid a military conflict.

But Iran appears to have a contingency plan if negotiations fail. The regime's behavior suggests that it recognizes the magnitude of its crisis. It is trying to survive by clamping down on civil society and reversing the gains made by reformists in the 1990s.

Supreme Leader Ayatollah Ali Khamenei is trying to consolidate and shore up his power to guarantee a stable presidential election in June. He wants to ensure that the principlist (fundamentalist) camp is united and presents a candidate acceptable to most of the conservative elite.

The regime is also increasing repression to intimidate political opponents. In January, Iran arrested or harassed up to a dozen journalists, held several public executions, and introduced a finger amputating machine. Some of these measures are intended to deter crime, but they also send a message to domestic opposition forces—do not publically oppose the regime. Tehran is even harassing Iranian journalists abroad.

Iran is already preparing its economy for increased sanctions and isolation. It is shoring up relations with neighboring countries like Pakistan. Tehran may take austerity measures in the coming months, such as rationing or issuing food coupons. Iran's current situation resembles the economic crisis during the Iran-Iraq war in the 1980s.

What role will the presidential election in mid-June have in Iran's strategy? Or in the timing of diplomacy?

The elections could have a marginal effect on the nuclear negotiations. The president is the second most powerful figure in the Islamic Republic, according to the constitution. Khamenei makes all of the major decisions. So Iran's nuclear policy is unlikely to fundamentally change after the election. Iran has committed to a new round of talks in February, so the leadership is not waiting for the election to negotiate.

Dealing with Iran might be easier without Mahmoud Ahmadinejad, especially if a more diplomatic and less bombastic man becomes president. Khamenei wants to keep the next president under his control. So the new president may be less likely to publically rebuke the Supreme Leader.