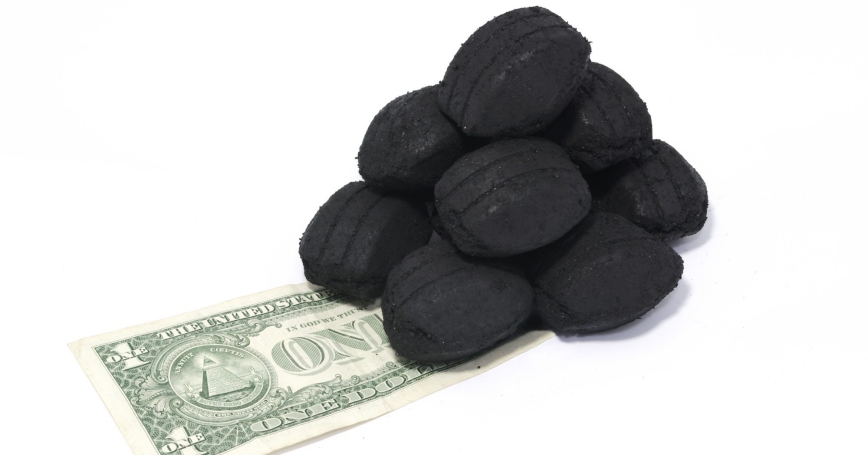 Should there be a price on carbon emissions, and if so, what's the best way to do it?

There is a scientific consensus that global average surface temperatures will continue to rise as atmospheric concentrations of carbon dioxide and other greenhouse gases increase. Warmer temperatures are already melting ice caps, leading to rising sea levels. They will dislocate agricultural production, and may make storms more severe. Slowing and eventually halting the rise in greenhouse gas concentrations in the atmosphere would slow and eventually stop these changes.

Because of the very large amounts of capital tied up in homes, buildings, power plants and industrial and transportation equipment, gradually transitioning to a capital stock that emits less carbon dioxide is much less expensive than an abrupt change. A conservative, cost-efficient response to climate change involves sending price signals to people and businesses now so that they take steps to reduce emissions.

A carbon tax is the simplest way to send these signals. It is easy to implement and provides clear incentives for reductions. It is also efficient as it relies on markets to determine how reductions will be achieved. A carbon tax can be levied at a few key upstream points in the production chain: for example, at coal-fired power plants, natural gas pipelines, refineries and ports. Proceeds from a carbon tax can be refunded to ease the burden on families of higher energy prices, especially households with lower incomes. Partial rebates or carve-outs can be provided to energy-intensive U.S. businesses like petrochemicals, steel and aluminum to ensure they are not penalized on export markets or from foreign imports. These targeted refunds would prevent high emitting foreign plants from destroying efficient energy-intensive industries in the United States. Revenues from the tax could also be used to reduce the deficit or to shift the tax burden from labor or capital to emitters of the gas most responsible for climate change.

Another approach to putting a price on carbon dioxide emissions is a cap and trade program. A "cap and trade" system sets a limit on emissions and then auctions or allocates permits to emit that can be bought and sold. Such programs have been adopted in the European Union and California. The attraction of cap and trade systems is that they provide a more certain environmental outcome (a set level of allowable emissions), but at the cost of price volatility. In the European Union, prices fluctuated between nine and 30 euros a ton over the course of one year, 2009.

In contrast, a carbon tax is a predictable cost to producers and treats companies and consumers evenly. Companies may or may not like an escalating carbon tax, but as long as they know the level and its future trajectory, they can make plans accordingly. More importantly, as long as a company is on the same footing as its competitors, domestically and internationally, management can adapt. Under a cap and trade system, whether the chief financial officer places the right bet on purchasing permits can make or break an energy-intensive company. If prices for emissions credits are volatile and companies and consumers incur losses as a consequence, political support for the program will falter.

This commentary originally appeared on Wall Street Journal Online on March 28, 2013. Commentary gives RAND researchers a platform to convey insights based on their professional expertise and often on their peer-reviewed research and analysis.