A Lesson from Iraq War: How to Outsource War to Private Contractors 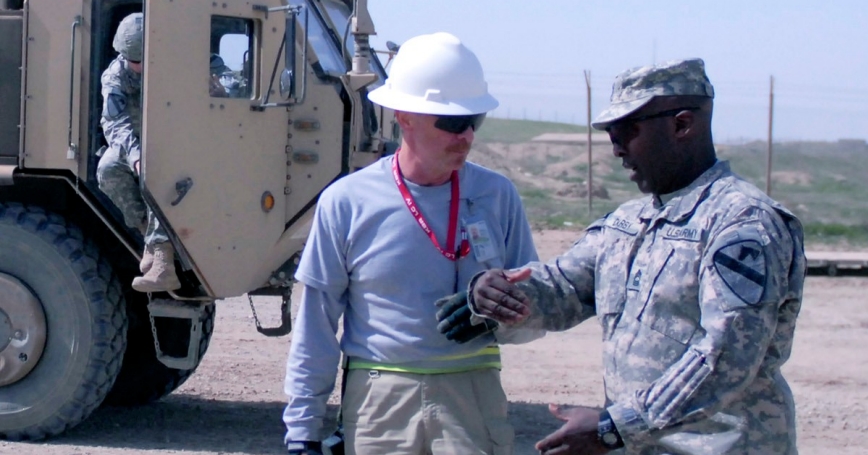 Ten years after it began, the Iraq war might best be remembered as America's most privatized military engagement to date, with contractors hired by the Pentagon actually outnumbering troops on the ground at various points.

This might come as a surprise to many, since the sheer number of contractors used in Iraq was often overshadowed by events. By 2008, the US Department of Defense employed 155,826 private contractors in Iraq — and 152,275 troops. This degree of privatization is unprecedented in modern warfare.

One of the most important lessons of the Iraq war is that this military privatization is likely to continue in future conflicts. This could be a good thing, as contractors can enhance US military capacity. But any large-scale use of private military contractors also entails risks. Recent US experience with private security contractors, in particular, holds several critical lessons for the future.

Of course, private contractors are not new to war zones. They supported all the major US conflicts of the late 20th century, including in Vietnam, the Balkans, and Operation Desert Storm in Iraq. But in these cases, they mainly provided logistical and base support.

Now, the US military has developed a growing dependence on private contractors — and for a wide range of functions traditionally handled by military personnel. The Army spent roughly $815 million [PDF] ($163 million per year, or about $200 million per year in 2012 dollars) to employ contractors under its Logistics Civil Augmentation Program between 1992 and 1997. But between 2001 and 2010, that expenditure grew to nearly $5 billion per year. Of course, this latter cost coincides with US involvement in Afghanistan as well as Iraq.

A more pertinent question — and what truly sets the Iraq war apart — concerns the role of these private civilian contractors. Throughout the war, the majority (61 percent) of contracted jobs continued to be base-support functions. The next-largest group (18 percent [PDF]) of Department of Defense contractors were security contractors. They provided security services, such as guarding installations, protecting convoys, or acting as bodyguards.

Moreover, this outsourcing trend continued in Afghanistan, where there were 94,413 contractors in 2010, compared with 91,600 US troops.

Military outsourcing in this vein developed as a result of an increased supply of private military services combined with increased demand. The boom in supply was borne out of larger privatization trends in both the US and Britain in the 1980s and 1990s, which spread over into the military arena. The increased demand was due to the strains that the wars in Iraq and Afghanistan placed on the US military.

Some have speculated that this degree of outsourcing will end with the wars in Iraq and Afghanistan, but that assumption is unrealistic. The private military and security industry is now incredibly large, powerful, and — perhaps most important — adaptable. Rather than scaling back, the industry is broadening its territory, expanding into maritime security, providing security to business and governments in Africa, and exploring other new markets.

Both to repeat the successes of private military contracting and to avoid the mistakes of contractors in the recent wars, the Department of Defense must consider several points specific to security contractors in particular.

First, security contractors can have a decisive impact on the perceptions of local citizens in the areas where they operate. This can be either useful or problematic for military forces on the ground, particularly when contractors are deployed alongside troops engaged in population-focused operations.

This was indeed a problem in Iraq. In a 2008 RAND survey, 35 percent of diplomatic personnel who had worked with armed contractors in Iraq between 2003 and 2008 reported having to manage the consequences of actions by armed contractors against local citizens. And nearly 40 percent had witnessed armed contractors acting in ways that were unnecessarily threatening, arrogant, or belligerent while deployed, including throwing objects at local civilians to clear them off roadways.

A complicating factor is that security contractors currently operate in something like legal “limbo.” There are no clear-cut guidelines for their status under international law, and many US laws don't apply to non-US citizen contractors. But any provocative behavior by contractors has the potential to hinder military efforts.

For this reason, the United States must protect its interests and ensure that the contractors it employs are carefully vetted and well trained. It should also continue to work toward a commonly accepted means of holding contractors accountable for their behavior. One promising mechanism in this regard is the International Code of Conduct, which is being finalized by an international consortium of national governments, civil society organizations, and, as of now, 592 private security companies.

The US also needs to ensure that contractors and military forces can coordinate effectively when deployed together, and that civilian personnel operating on its behalf can easily be identified as friendly forces. At least 78 friendly-fire incidents in Iraq between November 2004 and August 2006 were reported to involve private security contractors; in 49 of those incidents, coalition forces fired at contractors.

Ten years on, the war in Iraq may have ended, but its impact on the way the US goes to war is far from over.

Molly Dunigan is a political scientist at the nonprofit, nonpartisan RAND Corporation.

This commentary originally appeared on Christian Science Monitor on March 19, 2013. Commentary gives RAND researchers a platform to convey insights based on their professional expertise and often on their peer-reviewed research and analysis.