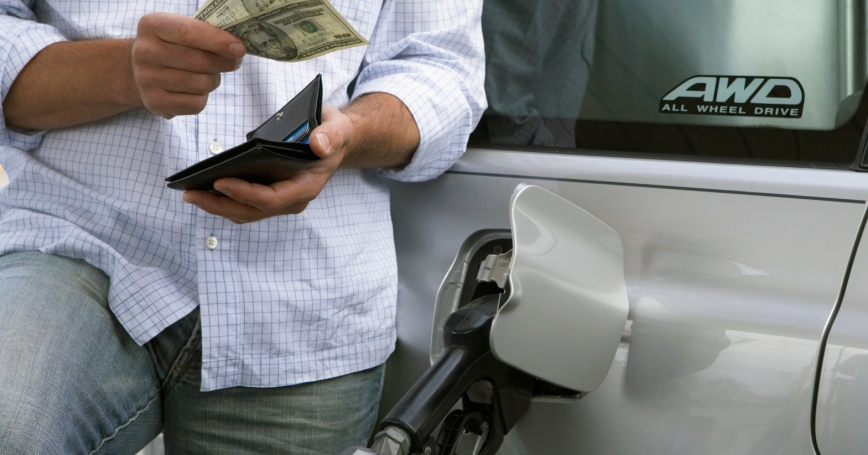 For the second year in a row, the cost of gasoline has seen an unusual spike, with prices climbing more than 40 cents per gallon within a month. How much of that increase goes to improve America's roads? None.

Because the federal government and most states levy fuel taxes only on a set cents-per-gallon basis, increases in the per-gallon price do nothing to help meet transportation budget shortfalls. Increases in the cost of gasoline can actually contribute to a decline in transportation funds because they discourage driving and mean fewer gallons consumed.

It's at times like this when it makes sense to consider changing the country's transportation funding scheme from one based on gallons purchased to one based on vehicle miles actually traveled.

On one gallon of gas, drivers are taxed anywhere from about 26 cents to as much 50 cents, depending on the state. That's not a very high proportion of the $4 drivers pay for a gallon, and it hasn't changed in most places since gas cost half that much.

While it's not unreasonable for everybody to help pay for roads (even if people never drive, they are still buying goods that have to be shipped to the store), the U.S. has long had a "user fee" system. If you drive more, you pay more. It's analogous to other utilities — if you use more electricity, or gas, or water, you pay more. Most people would probably agree that this is fair.

But that basic construct is starting to break down. People with high-gas-mileage vehicles, like Priuses, pay far less than drivers of other cars. In most states, if you have an electric vehicle, you pay nothing toward maintaining the roads. While it's great that Americans are buying higher-mileage vehicles, it's not great that they are not shouldering their share of the costs of building and maintaining the roads they drive on.

One way to preserve our user-pays idea is to have a mileage-fee system. You pay for the number of miles you drive. Such a system also could allow for incentives to help meet other transportation goals. Maybe if you drive a Prius you pay less, because you're polluting less. If you drive during rush hour you pay more, because the roads are already crowded and every additional vehicle makes the traffic even worse.

There are many ways to do this and all face significant hurdles. The cost of switching to a mileage fee system is one. But perhaps the biggest challenge is selling a highly skeptical motoring public on a system that allows government agencies to track the driving habits of Americans.

Our most recent report, "Mileage Based User Fees for Transportation Funding," suggests there are many ways of gaining public understanding of how mileage-fee systems work, what they would and would not do. Voluntary trials are a critical first step.

Trials could at once familiarize drivers with the concept of mileage fees and explore implementation and policy options under realistic conditions. Any such trials should, of course, be carried out with the involvement of a wide base of stakeholders — elected officials, cities and counties; auto clubs and trucking associations; business interests; the tolling industry; the construction industry; transit proponents; and environmental, social justice, civil liberties and privacy advocates.

While using cellular or GPS-based location data to keep track of miles traveled would provide the most detailed information, it also raises the biggest privacy concerns.

One way around this is to start with an odometer-based system, checked during annual vehicle safety inspections. This would provide data on how many miles a motorist traveled, but not where they went.

Another option is to allow drivers to choose between an odometer option and location options like GPS. Those opting to allow their locations to be tracked would get certain benefits, like no charges for off-road travel, for travel on private roads or for out-of-state miles.

A third option is to let private companies take the lead and develop a device that would be like a smartphone for the car.

This commentary originally appeared in The Orange County Register on March 6, 2013. Commentary gives RAND researchers a platform to convey insights based on their professional expertise and often on their peer-reviewed research and analysis.