Guns in Homes: A Health Hazard 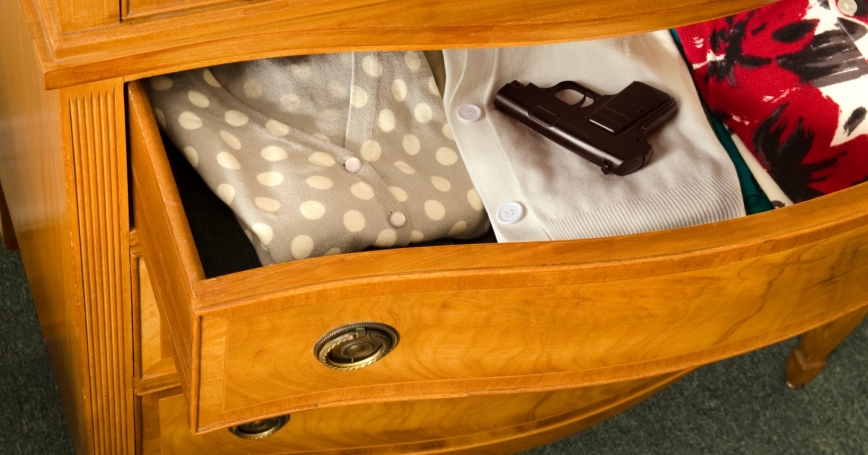 According to a poll released this month by the Pew Research Center, nearly half of American gun owners report that their main reason for having a gun is protection; fewer than a third own a gun primarily for hunting. This is a striking change from 1999, when nearly half of gun owners kept firearms mainly for hunting and only about one quarter cited protection as their most important reason.

Pew's results might make sense if violent crime were surging. But it's not. Since 1993, homicide and non-negligent manslaughter in the U.S. have been cut in half. Violent crime overall is down 48%. But perhaps even more important — and less understood — an ample body of evidence indicates that the benefits of keeping a gun for protection are substantially outweighed by the associated risks.

Two recent incidents illustrate this point. Keeping an assault rifle and at least two handguns in her home did not protect Adam Lanza's first victim — his mother. After shooting her, he took her guns to Sandy Hook Elementary, where he used them to kill 26 more people, children and adults.

Barely a week later, according to the police, a 15-year-old boy in Albuquerque took his parents' guns from their closet and used them to kill his mother, father and three siblings. Each was shot multiple times.

Mass killings like these make the national news. But the overwhelming majority of gunshot deaths are individual tragedies. Nearly 30 years ago, as a young ER doctor in Seattle, I saw many victims of shootings due to family violence, attempted suicide or accidents, but no intruders who'd been shot in self-defense.

Curiosity led me to Donald Reay, then the county's chief medical examiner. Working together, we determined that half of all fatal shootings in the county between 1978 and 1993 took place in the home where the gun involved was kept. Of these 398 fatalities, two were intruders shot during attempted entry and seven were killed in self-defense. During the same time period, guns kept in homes were involved in 12 accidental gunshot deaths, 41 criminal homicides, 333 firearm suicides and 3 deaths of uncertain intent.

A few years later, I reexamined this question in Memphis, Seattle and Galveston. This time, my research team included non-fatal as well as fatal shootings. The number of gun accidents, criminal assaults and suicide attempts outnumbered self-defense uses by a ratio of 45 to one.

Having a gun in the home for protection doesn't guarantee it will be reached when needed. In 1994, my team analyzed police reports of 198 home invasions in Atlanta. Only three — 1.5% — were successfully resisted with a gun. In fact, the intruders got to the homeowners' gun twice as often as homeowners did.

True, body counts don't capture instances when a gun is used to scare off bad guys or simply discourage them from attempting entry. To take these protective effects into account, I organized two large scale case-control studies in Seattle, Memphis and Cleveland that were designed to determine if homes with guns were less likely to be the scene of a violent death than otherwise comparable homes without guns.

After matching households on the basis of victim age, gender, race, neighborhood and socioeconomic status, and further adjusting for a wide range of behavioral risk factors, we found that keeping a gun in the home didn't affect a family's risk of homicide at the hands of an intruder. However, the overall risk of homicide was nearly three times higher, mainly due to a higher risk of domestic homicide.

And the risk of suicide in homes with guns was nearly five times higher, even after other important risk factors for suicide were taken into account. Other research groups, working independently of mine, have noted similar findings.

All of these papers were published prior to 1996, when a National Rifle Association-backed congressional moratorium largely ended federal funding for firearm injury prevention research. Over time, the absence of newer studies has made it easy to forget this work. Still, it is perilous to ignore these findings.

Unfortunately, public health research on this subject is often dismissed by gun rights activists because it contradicts the claim that firearms make people safer in their homes.

The bottom line for would-be gun owners is this: A firearm that is kept loaded and readily available in the home for protection may also be reached by a curious child, an angry spouse or a depressed grandparent.

Yes, safe storage can reduce these risks, but too many gun owners believe that rapid access is more important.

Personal choices as important as this one should be based on objective information, not slogans. When bumper stickers trump science, the public loses. And in this case, people die.

Kellermann, MD, MPH, holds the Paul O'Neill-Alcoa Chair in Policy Analysis at the nonprofit, nonpartisan RAND Corporation. The research cited was conducted before he joined RAND in 2010.

This commentary originally appeared in New York Daily News on March 25, 2013. Commentary gives RAND researchers a platform to convey insights based on their professional expertise and often on their peer-reviewed research and analysis.