Innovating Out of a Crisis: How Research and Innovation Are Key to Europe's Future 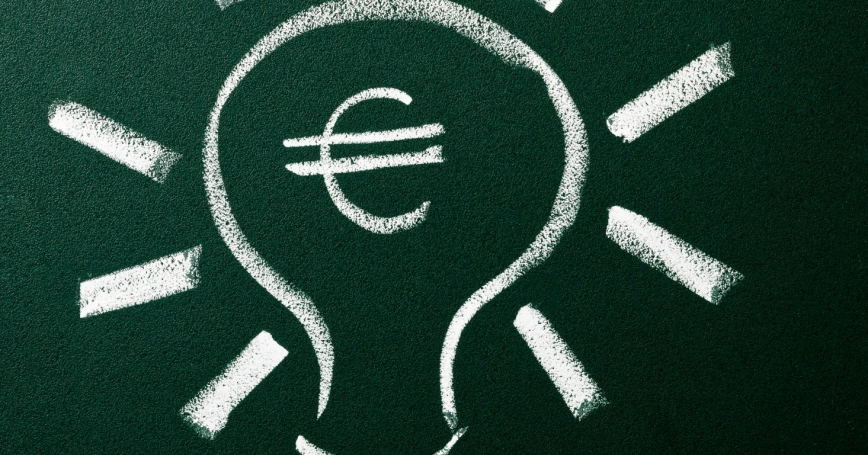 We know that the economic returns from research can be sizeable and social challenges such as population aging immense. The only game in town is for Europe to invest in research and innovation. This is key to navigating ourselves out of the lost decade of austerity and improving the health and wellbeing of Europe's 500 million citizens. The challenge is that many regions globally are also betting their future on the knowledge economy — be it in the Middle East, the Guangzhou Development District in China, Singapore, or elsewhere. So the daunting challenge for Europe's policymakers is to be world's finest knowledge-based economy.

Currently the EC invests €10.8 billion a year in research and development and employs more than 3,600 people to administer these funds. Does it do so effectively and efficiently? These are the two key issues the Lords want to address. The first thing to recognise is that research funding is inherently bureaucratic. It follows along these lines: a funder issues a call for proposals, researchers submit those ideas, the ideas are reviewed by peers, the best ideas are funded, an agreement is drawn up between funder and researcher, the researcher does the research, and the researcher reports on progress during and at the end of the research. Then the process repeats itself.

The second thing to recognise is that innovation is the antithesis of bureaucracy — it is about applying novel ideas to new issues in interesting ways. Just as an artist is free to paint a picture without being told what size canvas or colour of paint to use, a researcher must be given space, time and freedom to think creatively. But this tension between bureaucracy and creativity is not unique to the European Commission; it is true for the National Institutes of Health in the US, the research councils of Europe's Member States, and numerous organisations worldwide. Indeed, seemingly the only organisation that has managed to keep the bureaucrats at bay while funding research and innovation is the US's Defense Advanced Research Projects Agency (DARPA), which allocates about €2.3 billion a year. With the help of a relatively small number of world-class performers — hired or assigned for four to six years on project-based assignments — DARPA is organised around a challenge model. Operating in a flat organisation, programme managers' most important task is to recruit and hire very creative people with big ideas and empower them.

So while the Commission could perhaps learn from DARPA, an area where other governments could learn from the Commission is the process of Impact Assessments (IA). The costs and benefits of policies proposed by the Commission are now formally assessed through an options appraisal known as an IA. It is worth recalling that the Commission has no direct democratic mandate, and therefore cannot fall back on values and principles in its policymaking like elected governments. It has to resort to evidence, which is partly why research and analysis goes to the heart of the Commission's activity and dominate many of its official documents. The IA process was started in 2003 and strengthened in 2006 through the Impact Assessment Board, which centralises, reviews, and critiques nearly 100 IAs a year.

There have been a number of justifiable criticisms of the quality of IA. These include a lack of quantification of costs and benefits, lack of assessment of environmental and social impacts, limited freedom to seriously explore alternative policy options, lack of sufficient tools and expertise to carry out rigorous assessments, and poor presentation of findings. But the idea of IA is beyond reproach: Governments throughout Europe and elsewhere should be adopting this innovation in evidence-based policymaking.

These are two of a number of issues raised by the House of Lords' committee in taking evidence from RAND Europe last month. Other topics include the role of 'hidden innovation' in non-traditional areas of R&D such as financial services, the non-recovering of overheads in the funding of R&D, andthe need for mechanisms to support the follow through of research and innovation, to name a few. An edited clip of the evidence session is available on rand.org.

The bottom line is that Europe needs to innovate its way out of the current crisis, and it needs the Commission to help support and stimulate that innovation. But at the end of the day innovation is about people, not process, and innovators need to operate in a free-thinking, entrepreneurial, risk-taking society to deliver. That means the Commission needs to loosen up.

Jonathan Grant is principal research fellow and former president of RAND Europe, and Rebecca Schindler is a senior analyst at RAND Europe, part of the nonprofit, nonpartisan RAND Corporation.