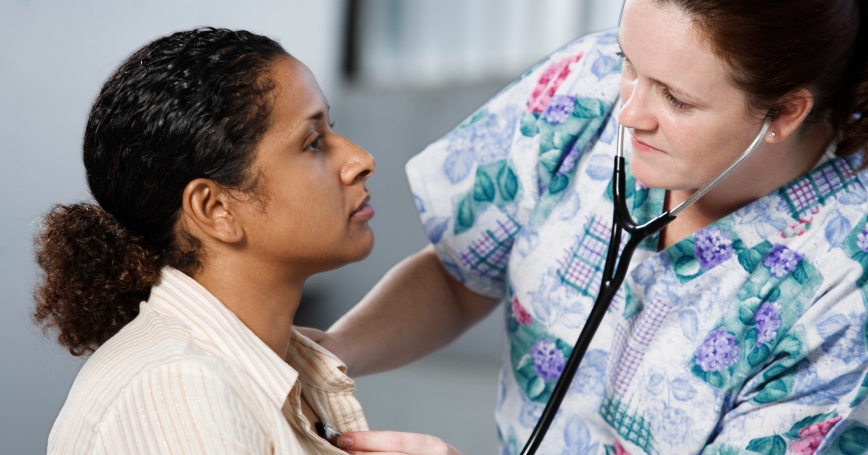 In the past two months, two of my friends—both seemingly healthy women—became unlikely victims of cardiovascular disease. One, a woman who by any textbook definition would be considered at low risk for heart problems, nonetheless suffered a heart attack. Thankfully, she is recovering. The other, a longtime friend and a mentor of mine, tragically passed away after suffering a stroke. These experiences left me wondering how we can accelerate efforts to reduce cardiovascular disease risk and mortality in women.

As a women's health researcher, I am concerned about how long it is taking to bring attention and resources to this problem. After all, it has been decades since we've learned that cardiovascular disease affects women every bit as much—or even more—than it does men. Indeed, since 1984, cardiovascular disease has killed more women than men (PDF) in the United States. When it comes to women's health, cancer gets a good deal of the attention; somehow, it hasn't fully registered that so many of our mothers, sisters, friends and daughters are being affected by another, often silent killer.

Commonly referred to as heart disease, cardiovascular disease includes both heart disease and other vascular diseases. When tallied separately, stroke is the third leading cause of death among women. Both strokes and cardiac events are all too common in women over 40 and, sadly, so are deaths.

Although the American Heart Association's Go Red for Women campaign has done much to raise awareness, there is still too little attention devoted to preventing heart disease in women and improving the quality and outcomes of their care.

While we should celebrate the significant improvements in the care and survival of men with cardiovascular disease, those gains began decades ago, and the death rate among men has fallen more quickly than it has for women. Unfortunately, women continue to face lower rates of diagnosis, treatment and survival. The new Million Hearts campaign aimed at preventing a million heart attacks and strokes by 2017 has partnered with WomenHeart, a national coalition for women with heart disease. This effort is essential and represents progress, but prevention is not the only challenge.

Why are outcomes worse for women? Even if biomedical research on cardiovascular disease had not traditionally focused almost exclusively on men, these conditions would likely still be harder to recognize and treat in women. Women don't tend to have the “TV heart attack”—the familiar image of a man clutching his left arm or his chest in pain. Rather, for women, the symptoms of a heart attack are often more subtle and less specific. Women can present with symptoms like throat pain or a sore back. In fact, 64 percent of women who die suddenly from heart disease had no previous symptoms at all.

Furthermore, tests that are mostly reliable in assessing men's cardiac risk are not as accurate in women, largely because they are aimed at identifying major coronary artery blockage. At least half of heart attacks in women are caused by coronary microvascular disease, which involves narrowing or damage to smaller arteries in the heart. This not only makes the diagnosis challenging, but it poses problems for treatment as well. Women often go undiagnosed or incorrectly untreated after major blockages have been ruled out, and optimal treatment of microvascular disease remains unclear. Consequently, 26 percent of women over age 45 (PDF) will die within a year of having a heart attack, compared with 19 percent of men. The deficits in women's cardiovascular care may have developed unintentionally, but our efforts to address them need to be both intentional and focused.

Fortunately, we know what it will take to close the gap and get women better diagnosis and treatment for cardiovascular disease. We can start by looking to the fight against breast cancer. Our first task is to call for increased public and private funding for public-health, biomedical and health-services research to reduce women's risk and improve their outcomes. Second, on the private side, there are many foundations dedicated to addressing cardiovascular risk in women. But they and the women they serve would benefit from more collaboration and better coordination of effort. Finally, doctors and medical clinics need to do more to improve assessment and the quality of women's cardiovascular care. Otherwise, women's care and outcomes will continue to lag behind men's.

Our bodies are complex systems. So, if we want to take on women's health in a way that truly moves the needle on outcomes, we need a comprehensive approach. Women's health care in general needs to become a primary focus for research and practice. And improving women's health and longevity will require us to expand our focus beyond sex-specific reproductive cancers and predominantly female diseases, such as breast cancer. This doesn't mean that we should divert resources from other areas of study, of course. But we need to recognize that woman-specific health care should not be confined to conditions that don't (or don't often) affect men.

The stakes for women are high, but we can and must bring greater attention to women's cardiovascular health. Personally, I am not willing to let go of another friend, colleague or relative to a condition that could have been caught and treated if women routinely received appropriate preventive care, diagnostic testing and treatment. It's time for feminists to take on heart disease as a women's issue.

Chloe Bird is a senior sociologist at the nonprofit, nonpartisan RAND Corporation.

This commentary originally appeared on Ms. Magazine on March 20, 2013. Commentary gives RAND researchers a platform to convey insights based on their professional expertise and often on their peer-reviewed research and analysis.