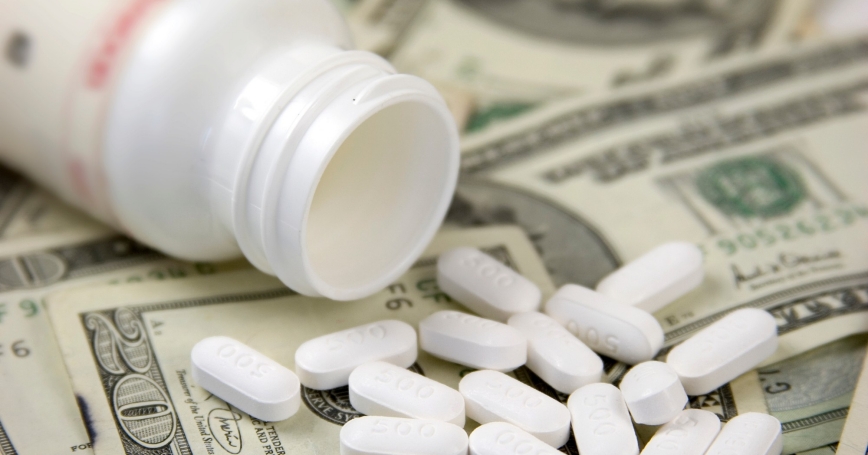 Don't want to cut benefits? Then allow the system to pay for lower-cost drugs or care.

Now that the budget “sequester” is in effect, Congress is shifting its attention to entitlement reform. There's simply no way to achieve long-term reductions in federal spending without touching the big health programs, particularly Medicare. Although raising the age of Medicare eligibility from 65 to 67 appears off the table, at least for now, the budget plan that Rep. Paul D. Ryan (R-Wis.) is proposing would shift a greater share of the program's growing costs to beneficiaries in the years to come.

The bipartisan deal that kept the federal government from hurtling over the “fiscal cliff” on Jan. 2 actually increased Medicare spending. At the last minute, a powerful bipartisan group of senators inserted a provision into the bill that blocked Medicare, for two years, from getting a better price on an expensive drug used by kidney dialysis patients. This was in addition to a previous two-year extension obtained by Amgen, the drug's manufacturer. The move saddled Medicare with roughly $500 million in added costs over the next two years and generated a windfall for Amgen.

This is but one example of how Congress publicly criticizes growth of Medicare costs while privately restraining the Centers for Medicare and Medicaid Services, or CMS, from getting a better deal for Medicare patients and U.S. taxpayers.

Here's another. Genentech, another big pharmaceutical company, makes an anti-cancer drug called Avastin. It also makes Lucentis, a closely related drug that is used to treat macular degeneration. Both drugs work equally well for macular degeneration, but Lucentis, which is FDA approved for this condition, costs $2,000 a dose compared with $50 for the same amount of Avastin. The FDA can't approve Avastin for macular degeneration unless the company requests it, and Genentech has no financial interest in doing so. This leaves Medicare with no choice but to pay top dollar for Lucentis. Other than to save their patients money, doctors have no incentive to prescribe Avastin, even though they can do so “off label.” The difference in price costs Medicare, and taxpayers, hundreds of millions of dollars a year.

And because Medicare beneficiaries must absorb one-fifth of the cost of each treatment, Lucentis costs the patient $400 a dose, compared with $11 for Avastin. Medicare can do nothing about it.

Stroll through the exhibit hall of any big medical convention and you'll see vendors promoting expensive drugs, devices and equipment. Although some offerings may be innovative, one cannot help but wonder how many are worth the added cost.

Unfortunately, Medicare can't require proof that an expensive new product is any better than the one it's replacing; it's explicitly prevented from doing so by law. Medicare can't even encourage patients and doctors to select a less-expensive option that works just as well. With few exceptions, neither CMS nor the Food and Drug Administration can take a new product's price or its performance into consideration when making coverage decisions. And once Medicare starts writing checks, private health plans generally fall into line.

The practical result of this policy is that the U.S. healthcare marketplace lacks the strength to distinguish valuable innovations from those that simply drive up costs. It's a bad deal for patients and taxpayers.

The few times Congress has let the CMS act have not gone unnoticed. When the Affordable Care Act directed Medicare to pay for preventive practices that have earned a score of A or B from the objective and nonpartisan U.S. Preventive Services Task Force, critics called it “government-run healthcare.”

If budget hawks are serious about lowering entitlement spending, they'll remove Medicare's straitjacket. The CMS should not be forced to pay more—sometimes lots more—for treatments, tests and equipment that work no better (and sometimes worse) than less costly alternatives. Permitting the purchase of lower-cost drugs or care would be far more humane to seniors than cutting their benefits.

If the CMS were empowered to negotiate for the patients it serves, it would not only reduce Medicare spending but also slow the growth of healthcare costs. If it could hold the line and pay only for drugs, devices and treatments that conform to professional guidelines, it would also improve the care that Medicare patients receive. Equally important, scrapping the “anything goes” approach of today would encourage America's drug and device manufacturers to focus their efforts on producing innovative products that cost less but do more.

The core problem is this: While many worried that Medicare would lead to a government takeover of healthcare, the healthcare industry has been quietly increasing its influence over government.

Removing the constraints on Medicare would not only lead to lower prices at the drugstore, hospital and doctor's office, it could spark a new era of healthcare innovation. That would represent a win for patients, a win for free enterprise and a win for the U.S. economy.

Art Kellermann, a physician, is a senior policy researcher at the RAND Corporation.

This commentary originally appeared in Los Angeles Times on March 29, 2013. Commentary gives RAND researchers a platform to convey insights based on their professional expertise and often on their peer-reviewed research and analysis.