The Risks of an Excess of Caution in Syria 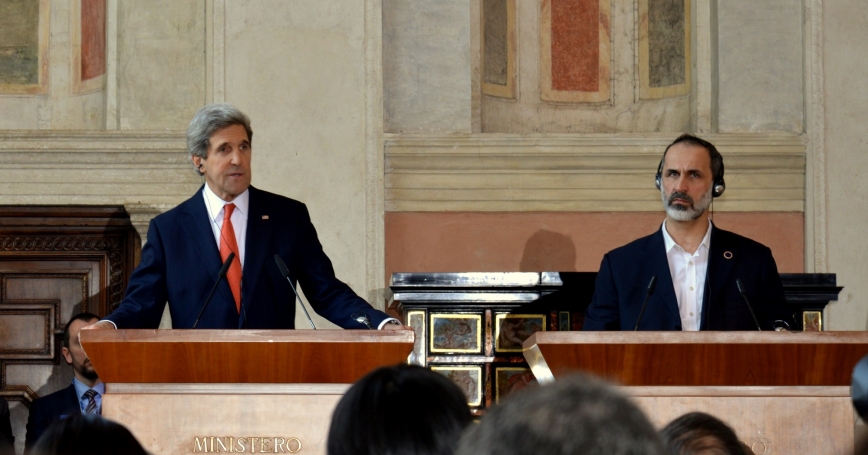 photo by U.S. Department of State

Syria is looking more like a collapsed state every day. Spillover is destabilizing Lebanon, putting pressure on Jordan, an important regional partner, and imposing a major strain on Turkey, a NATO ally. The influx of Sunnis, some of whom are extremists, into Iraq from Syria is putting Iraq's tenuous stability at risk and pushing the Maliki government closer to Iran. Nearly a million people have now fled Syria for safety abroad. Meanwhile, the influence of extremist groups, such as the al Nusrah Front, continues to grow as these groups slip into the areas vacated by the Syrian state.

Then there is the question of Syria's chemical weapons. Director of National Intelligence James Clapper recently expressed his concern to Congress that the Assad regime, “having found its escalation of violence through conventional means inadequate, might be prepared to use the chemical weapons against the Syrian people.”

Less discussed but equally worrying is the possibility Alawite or other factions in a post-Assad Syria might use chemical weapons against each other. If the Assad regime collapses and there is no clear successor, Syria could fragment, with Alawites, mainstream Sunnis, Kurds, and others vying for power. Such a scenario raises the unsettling possibility that factions that control Assad's chemical weapons might feel compelled to use them. This is a contingency the world has never grappled with and one that is particularly difficult to handle.

Secretary Kerry's recent trip to the Middle East indicated the United States may be considering a more ambitious approach to the Syria crisis. Such a strategy should involve training and arming rebel groups selectively, investing energetically in building a broad international coalition to support a resolution to the crisis in a matter of months, and helping the opposition build a government that can function effectively in the aftermath of Assad's collapse. These and similar measures will position the United States to better shape developments on the ground and would minimize the risk posed by Syria's chemical weapons.

Opponents of a more ambitious approach to Syria are quick to raise the specter of the Iraq War. They argue that Syria will be just like Iraq. But there are important differences between Iraq in 2003 and Syria today. The most compelling is that, unlike Iraq in 2003, a war is already under way in Syria. In this case, the longer the United States stays on the sidelines, the more the costs of the war—humanitarian and political—will grow.

Christopher Chivvis is a senior political scientist at the nonprofit, nonpartisan RAND Corporation and the author of Toppling Qaddafi, a forthcoming book on NATO's intervention in Libya.