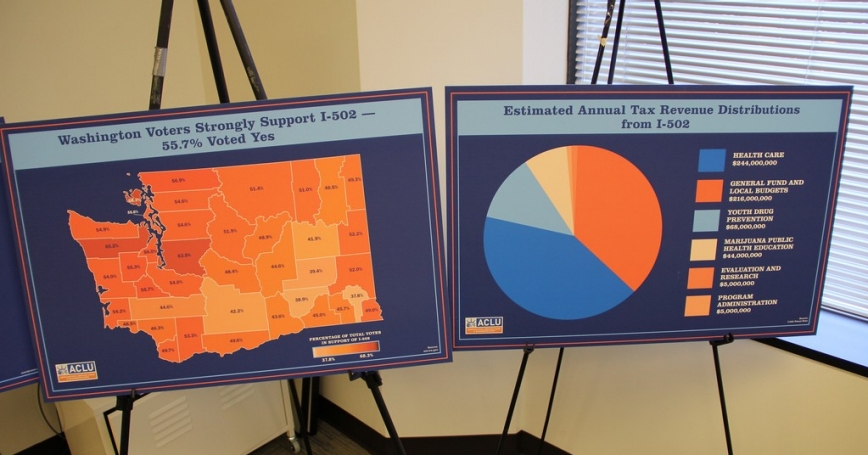 Believe me, I've heard all the pot jokes, and some of them are true. Public support for legalizing marijuana use is at an all-time high. Some state-level marijuana laws are going up in smoke. And yes, Washington and Colorado are embarking on a historic joint venture.

Puns aside, discussions about marijuana legalization are getting serious. In November, voters in Colorado and Washington made the unprecedented decision to allow commercial production, distribution and possession of marijuana for nonmedical purposes. Not even the Netherlands goes that far.

Policymakers in both states are confronting some new and tricky issues that have never been addressed. For them, and for anyone else thinking about changing their pot laws, here are seven key decision areas that will shape the costs and benefits of marijuana legalization:

1. Production. Where will legal pot be grown — outdoors on commercial farms, inside in confined growing spaces, or somewhere in between? RAND research has found that legalizing marijuana could make it dramatically cheaper to produce — first because producers will no longer have to operate covertly, and second because suppliers won't need to be compensated for running the risks of getting arrested or assaulted. After lawmakers decide how it will be grown, production costs will be shaped by the number of producers and other regulations such as product testing.

2. Profit motive. If there is a commercial pot industry, businesses will have strong incentives to create and maintain the heavy users who use most of the pot. To get a sense of what this could look like, look no further than the alcohol and tobacco industries, which have found ingenious ways to hook and reel in heavy users. So will private companies be allowed to enter the pot market, or will states limit it to home producers, non-profit groups or cooperatives? If a state insisted on having a monopoly on pot production, it could rake in a decent amount revenue — but for now, that possibility seems far off in the United States since marijuana remains illegal under federal law.

3. Promotion. Will states try to limit or counter advertisements in the communities and stores that sell marijuana? U.S. jurisprudence against curtailing what's known as “commercial free speech” could make it tough to regulate the promotion of pot. While a state monopoly system could help control promotion, those advertisements you see for state lotteries should give you pause.

4. Prevention. If pot is legal for adults, how will school and community prevention programs adapt their messages to prevent kids from using? While some proposals to legalize marijuana would divert tax revenues to prevention efforts, the messaging and strategy should probably be in place before legal marijuana ever hits the streets.

5. Potency. Marijuana potency is usually measured by its tetrahydrocannabinol content, or THC — the chemical compound largely responsible for creating the “high” from pot, as well as increasing the risk of panic attacks. Much of the marijuana coming into the U.S. from Mexico is about 6% THC, while the marijuana sold in medical dispensaries in California ranges from 10%-25% THC. Meanwhile, the Dutch are now considering limiting the pot sold at their famed coffee shops to no more than 15% THC.

While THC receives the most of the attention, don't forget other compounds like cannabidiol, or CBD — which is believed to counter some of the effects of THC.

6. Price. With marijuana, like any other commodity, price will influence consumption and revenues. A growing body of research suggests that when marijuana prices go down, the probability that someone might use marijuana goes up. So retail prices will largely be a function of consumer demand, production costs and tax rates. If taxes are set too high, pot will become expensive enough to create an incentive for an illicit market — exactly what legalization is trying to avoid. The way taxes are set will also have an effect on what's purchased and consumed — that is, whether pot is taxed by value, total weight, THC content, or other chemical properties.

7. Permanency. The first jurisdictions to legalize pot will probably suffer growing pains and want to make changes later on. They would do well to build some flexibility into their taxation and regulatory regime. For example, while it may make sense to tax marijuana as a function of its THC to CBD ratio, 10 years from now we may have research suggesting a better way to tax. Just in case they change their minds, some pioneering jurisdictions may want to include a sunset provision that would give them an escape clause, a chance — by simply sitting still — to overcome the lobbying muscle of the newly legal industry that will no doubt fight hard to stay in business. As the sunset date approaches, legislators or voters could choose either to keep their legalization regime or to try something different.

Of course, these aren't the only decisions facing those who are thinking about legalizing marijuana. But if we want to move away from the puns and abstract discussions to serious policy debates, these “Seven Ps” are a fine place to start.

Beau Kilmer is a senior policy researcher at the RAND Corporation, co-director of the RAND Drug Policy Research Center and professor at the Pardee RAND Graduate School. He is the co-author of Marijuana Legalization: What Everyone Needs to Know.

This commentary originally appeared in USA Today on April 25, 2013. Commentary gives RAND researchers a platform to convey insights based on their professional expertise and often on their peer-reviewed research and analysis.