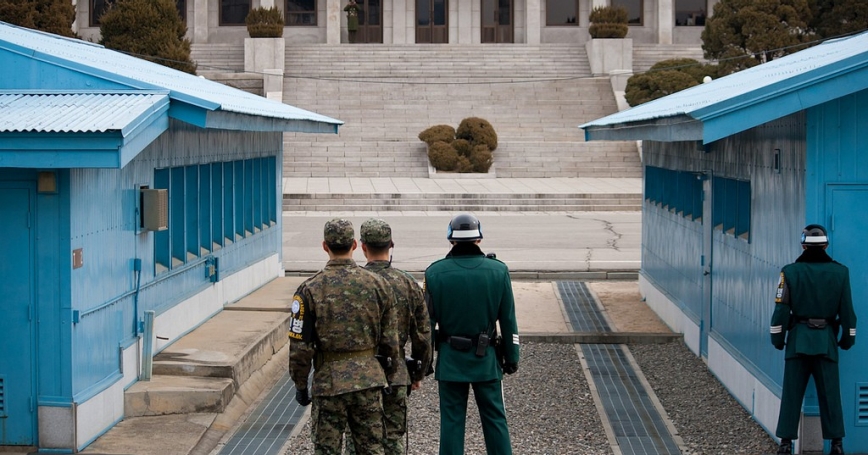 ROK guards in the DMZ

North Korea has escalated its inflammatory rhetoric and actions to new heights of bellicosity. What is really going on? Is there a real danger of war? How should the United States respond?

What we are witnessing is pretty much Pyongyang's standard operating procedure, which consists of incendiary verbiage and provocative behavior — albeit ratcheted up to a level higher than we've witnessed in recent memory. Why? This question cannot be answered with absolute certainty, but the most plausible explanation is that a youthful, 20-something, untested supreme leader believes he must work extra hard to prove his mettle.

Kim Jong Un has been in power for nearly 18 months, assuming the mantle of leadership upon his father's death in December, 2011. The primary audience for this barrage is not foreign; indeed, its main targets are key domestic constituencies. Kim aims to elevate his stature in the eyes of older civilian and military leaders as well as in front of rank and file regime loyalists.

There is a danger of war. North Koreans have long appeared to be the masters of brinkmanship, always seeming to know precisely how far to push the envelope with rhetoric and behavior without escalating to the point of conflagration. But perhaps Pyongyang has just been extremely lucky in observing a delicate balance in the past. Indeed, the precise locations of the red lines are always ambiguous, and this is never more true than today.

Moreover, Seoul also has a new and untested leader elected in December 2012 and sworn into office in February. President Park Geun-hye — the first female head of state in Northeast Asia — appears intent on proving her fortitude as she leads a South Korea that is anxious and angry about the latest tensions on the peninsula.

Thus far, Seoul has been the epitome of restraint in the face of Pyongyang's provocations. Indeed, in the eyes of many South Koreans, North Korean acts of violence in recent years have gone unpunished.

They recall the 2010 torpedoing of the naval corvette Cheonan and the shelling of Yeonpyeong Island that resulted in the deaths of 48 military personnel and two civilians. If Pyongyang perpetrates additional outrages, Seoul will likely feel immense pressure to retaliate.

As for the United States: It should step up its efforts to deter North Korea and reassure South Korea. This sounds far more straightforward and simple than it actually is.

Putting deterrence into practice in the specific context of the Korean Peninsula in April 2013 is complicated and convoluted. How does Washington signal tenacity to a pugnacious Pyongyang and demonstrate resolve to a jittery Seoul, all without inadvertently triggering an escalatory spiral?

We are not sure of Pyongyang's calculus of deterrence and how it extends across the domains of nuclear, ballistic missile, conventional, and even cyberspace. Still, the regime's national security calculus is almost certainly quite different than that of Washington and Seoul.

Americans tend to mirror image rationality — if another state doesn't act the way they think it should then they are wont to conclude that the other state is irrational. It would be wise to resist the temptation to construct the straw man of a bizarre, cherubic leader hell-bent on taking his erratic hyper-militarized regime tottering towards Armageddon. It is worth remembering that we have been here before: North Korea has engaged in similar patterns of outrageous rhetoric and behavior in the past, only to calm down and eventually reengage in dialogue with the outside world.

In the meantime, however, demonstrating deterrence to an adversary and providing reassurance to an ally are far from easy — more than 50 years of RAND research underscores this. Fundamentally, the task of deterrence, particularly when weapons of mass destruction are involved, remains a “delicate balance of terror.” These words are as apt today as they were when they were first written to describe deterrence as theory by RAND legend Albert Wohlstetter at the height of the Cold War in 1958.

Andrew Scobell is a senior political scientist at the nonprofit, nonpartisan RAND Corporation.

This commentary originally appeared in U.S. News & World Report on April 11, 2013. Commentary gives RAND researchers a platform to convey insights based on their professional expertise and often on their peer-reviewed research and analysis.