A New Book from Brian Michael Jenkins: When Armies Divide 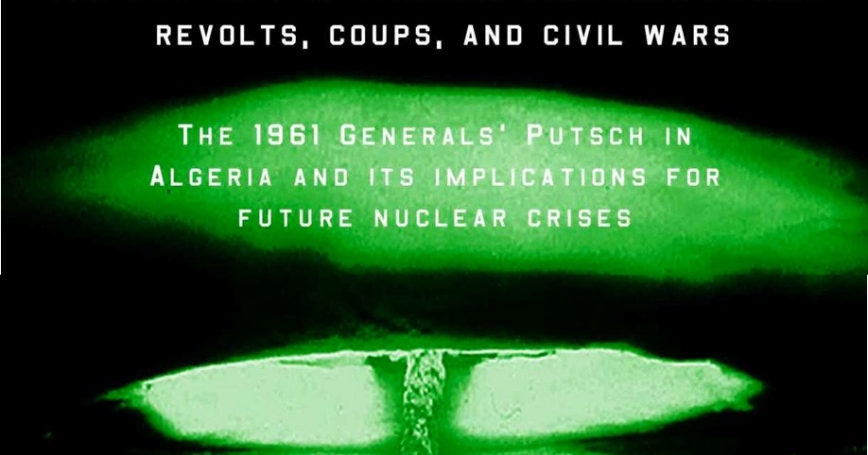 Cover design by A. Bui

In 1961, four French generals launched a coup against the government of President Charles de Gaulle and, through an unlikely series of events, conceivably might have ended up with a nuclear device.

In When Armies Divide, RAND's Brian Michael Jenkins uses this unusual chapter in history to discuss what can happen when nuclear states are threatened by revolts, coups, and civil wars.

In the 1961 case, the rebel French generals feared the de Gaulle government was secretly negotiating to allow Algeria, then a French colony, to become independent. They executed their plot at the same time France was preparing to conduct a nuclear weapons test in Algeria. Did Paris push up the date of the final test to prevent the rebels from getting their hands on nuclear material?

Jenkins also explores if something like this could happen today, for example in Pakistan, North Korea, or some future nuclear-armed state.

Jenkins, senior adviser to the president at the RAND Corporation, is the author of Will Terrorists Go Nuclear? (Prometheus, 2008).